The Washington State Department of Health is looking into a bizarre incident involving a patient at a clinic run by Providence Health and Services. 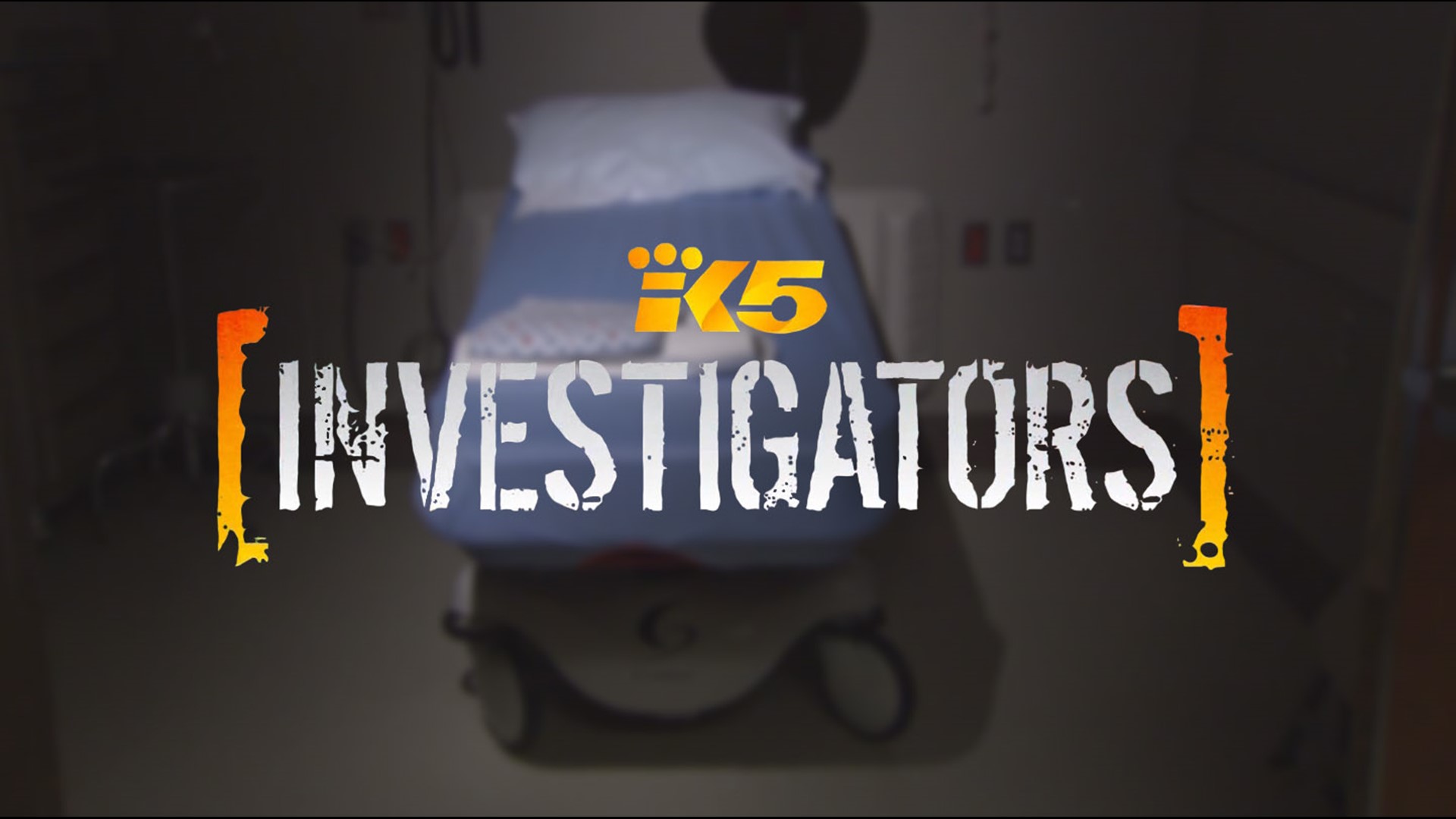 Most people have heard of initiations at fraternities or on high school sports teams. But one Lacey man says that, unbeknownst to him, he was an unwilling participant in a new employee initiation inside a medical clinic where he was the patient undergoing a sensitive procedure.

Rick Kirschner, 61, and his wife Karen both attended the appointment at the Olympia urology clinic, operated by Providence Health and Services on February 13. Doctor appointments are a regular part of Kirschner’s life. He has multiple health challenges including multiple sclerosis and diabetes. He’s also a cancer survivor. But the visit to the Providence clinic in February seemed different from anything he’d experienced before.

“It was different, slash, bizarre from the get go,” said Kirschner.

The experience was so upsetting, Kirschner wrote the urologist and filed a formal complaint with the Washington State Department of Health.

In the complaint, Kirschner wrote that he and his wife were both in the procedure room when two female medical professionals came in. It was the first day on the job for one of the women, who the Kirschners said was most likely in her 20s.

Kirschner wrote he “reluctantly agreed” to have the trainee stay and observe. Then he and his wife said the more experienced employee yanked off his draping meant for privacy, which left him “completely exposed…embarrassed, and appalled.”

The Kirschners said it got worse from there. The more experienced clinic employee exited the room, leaving the brand new assistant inside, staring at the patient. The couple said the tense scene went on for 10 minutes until the urologist came into the room.

“Here I am just laying totally exposed," he said. "I’m not allowed to cover myself, and I was just being looked at, literally looked at. (The new employee was) just staring (at me).”

As the minutes went by, Kirschner said he was suffering panic attacks, flashbacks, and horrific memories from his childhood.

“I was abused yearly from the age of six and seven until 11 or 12 by a medical doctor that visited (my elementary) school for the purpose of physicals,” Kirschner said.

Kirschner had kept the abuse at the hands of a medical doctor in southern California a secret until the incident at the Olympia clinic, which brought his traumatizing past to the surface.

“(Since the events at the clinic) nights are scary, and dreams are awful, and flashbacks are horrendous,” Kirschner said.

Six days after the procedure, the Kirschners said they received an anonymous call from a clinic employee who offered information that stunned both of them. The caller said the disturbing incident was part of an “initiation” for “the new girl.”

The couple believed this to mean Kirschner had been used in a type of prank meant to embarrass a new employee. Instead, he said it humiliated him and as the months have passed, it derailed his life.

“It devastated both of us and our trust that we had put in a doctor. The trust we had put in this clinic, it was gone,” Kirschner said. “Finding out it was for an initiation has been extremely difficult to live with.”

“Patient appears to be struggling with increased distress, SI (suicidal ideation), and PTS (post traumatic syndrome) which stem from his history of childhood sexual abuse and recently triggered by the negative experience during the urology appointment,” wrote a psychologist at the UW Medical Center.

“This is not right. Providence places everything on dignity, and dignity was just out the door that day,” Karen Kirschner said. “It makes me extremely angry.”

One of the Northwest’s foremost authorities on trauma and childhood sexual abuse said the clinic experience could cause a survivor to spiral into crisis.

“It’s absolutely egregious…Whoever even came up with it. It’s shocking,” said Dr. Jon Conte, UW professor emeritus. “One of the truisms of trauma is that when you have a traumatic memory and you’re recalling (it), the distance in time and space disappears and so you re-experience it as you’re (back as a child).”

The couple wanted answers from Providence. In addition to an email to the doctor, they sent certified letters to the CEO, the chair, and vice chair of the Board of Trustees with no response.

On March 17, more than a month after the incident, the Kirschners heard from a top executive at Providence. She assured them she would fully investigate.

“I am truly very sorry for your experience. We strive to provide a nurturing, safe environment for our patients to receive care, and we sincerely regret we fell short in your experience. I would like the opportunity to speak with you and your wife again to discuss how your issues were investigated and the steps we are taking to ensure this doesn’t happen again,” wrote Lisa Humphrey, director of quality, safety and HRO at Providence Health and Services, on April 9.

The Kirschners said they received a phone call from Humphrey on March 29 during which she said her investigation found the staff was “desensitized” and that they would be “changing the entire process” at the clinic.

“What I’m going through isn’t because of a desensitized staff. There’s so much more here,” Kirschner said. “I’m very dissatisfied. We’re missing the key issues (such as the initiation).”

“I can assure you the issues of 'initiation' have been investigated and appropriately addressed. Additionally, all staff members in the clinic have been contacted and practice changes have (been) put into place to address the concern you brought forward. I can only imagine how difficult it was for you to come forward with your concerns. I want you to know how much I appreciate your willingness to share your experience so openly and honestly with me. You speaking up will permanently change the way we conduct our care delivery in settings where a patient is required to disrobe,” Humphrey wrote.

The couple has retained legal council to review their legal options. They said they don’t want others to experience similar treatment.

“(Providence is) all geared toward love, compassion, dignity, justice, and those are all parts of their mission statement…," Kirschner said. "Every single one of their core values was shattered."