The remains of David Saunders arrived home in Louisiana after his body was autopsied before a live, paying audience in Portland, Oregon. 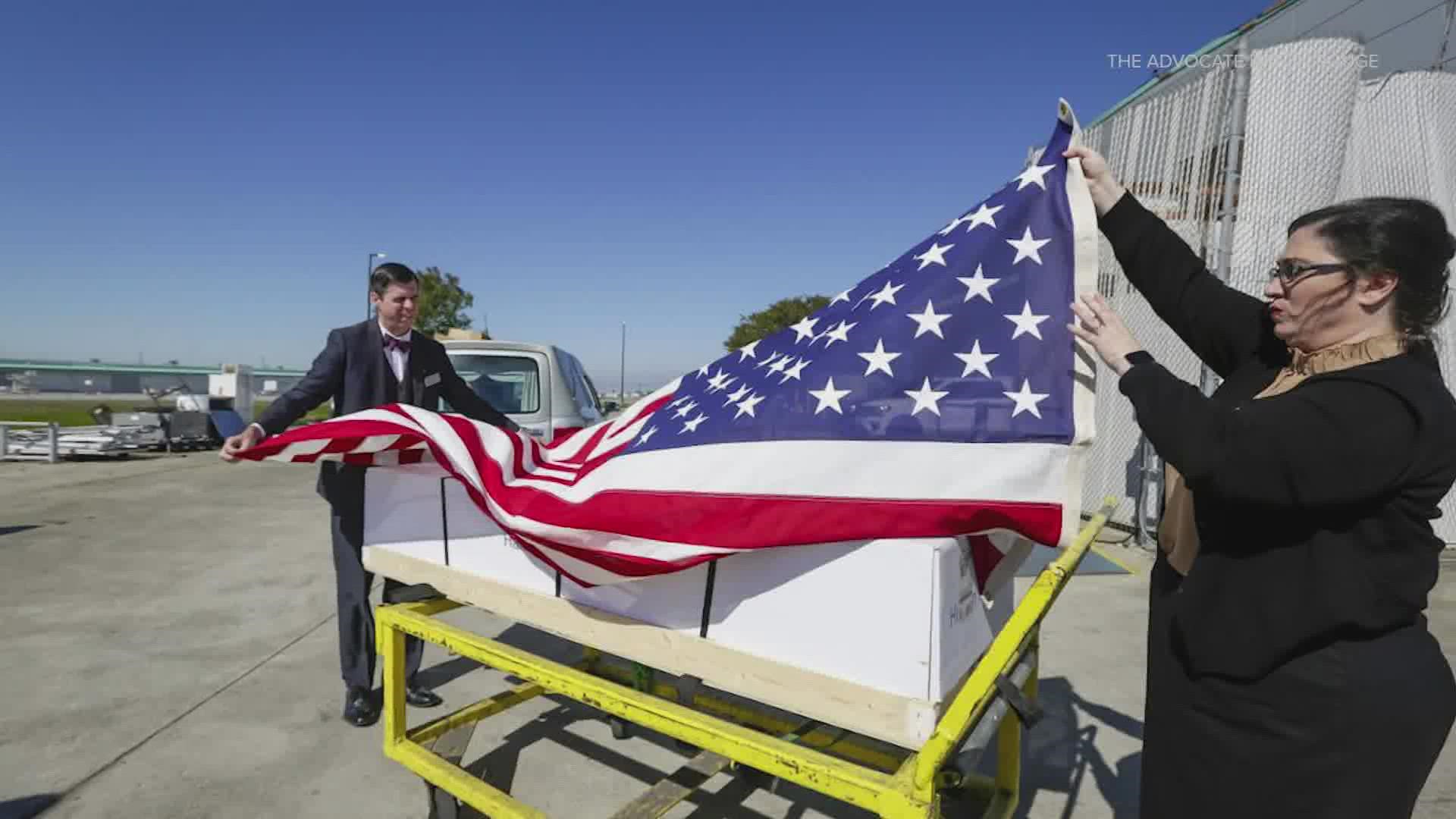 BATON ROUGE, La. — The remains of a man who was dissected during a public cadaver class have been returned to his family in Louisiana.

David Saunders, 98, was autopsied before a live, paying audience in Portland, Oregon on Oct. 17, as first reported by the KING 5 investigators. His family says they never gave permission.

Saunders’ body arrived in a flag-draped casket at the New Orleans airport on Saturday. Saunders of Baton Rouge, Louisiana was a veteran who served in World War II and the Korean War.

“We're glad he's home,” said Saunders’ grand-nephew Harold Adkins. “And we look forward to the proper burial, cremation and memorial service so we can honor this man's life.”

Credit: Scott Threlkeld / The Advocate, Baton Rouge
The remains of David Saunders, who was dissected at a public autopsy event, arrive in Louisiana on Nov. 6, 2021 for cremation.

However, Adkins said with everything that had happened to Saunders, he wanted to make sure the remains were really his. Adkins viewed and positively identified Saunders’ body at the mortuary Monday morning.

“To see a loved one, I wouldn't say dismembered but butchered in that context, from every part of the body is just – it sickens me,” Adkins said.

Saunders had planned to donate his body to medical science. However, Louisiana State University wouldn’t take the body due to Saunders having died of COVID-19. With the family’s permission, Church Funeral Services sent his remains to a body broker, according to owner Greg Clark.

“My understanding was it was for universities,” Clark said. “It was that they would supply universities with cadavers for them to be able to do training and education, you know, doctors and pathologists and stuff like that.”

Las Vegas-based Med Ed Labs sold Saunders’ body to organizers of the Portland event, who sold tickets for up to $500 to the public to view in-person the autopsy and dissection of a human body. A similar event in Seattle, which was part of the Oddities and Curiosities Expo, was canceled.

“If this one situation, if all of this goes through, and this stops this from ever happening again, I'm sorry that Mr. Saunders had to make another sacrifice for this country, but this should never happen again,” Clark said.

And that’s all Saunders’ 92-year-old widow Elsie wants as well.

“That's Elsie’s message,” Adkins said. “She doesn't want this to happen to anybody else.”