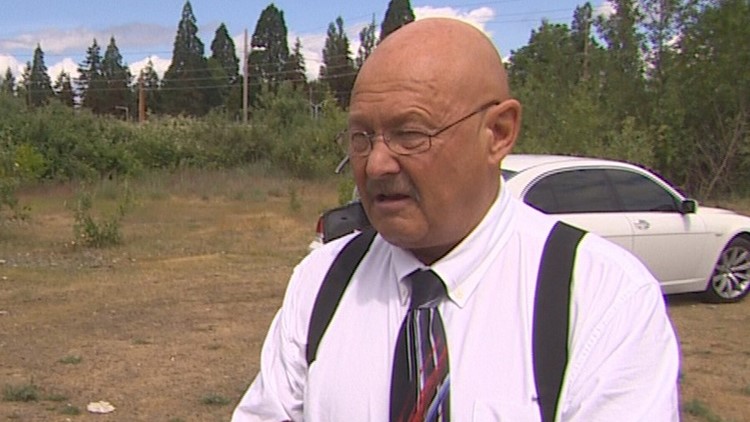 The owner of Doorway to Recovery has been under investigation for allegedly soliciting bribes from addicted clients who were under court orders to receive treatment.
Author: Chris Ingalls
Published: 1:15 PM PDT April 9, 2018
Updated: 4:50 PM PDT April 9, 2018

A state-licensed drug treatment clinic in Lakewood, where counselors and the owner have been accused of misconduct has closed its doors, according to the Washington state Department of Social and Health Services.

The owner of Doorway to Recovery reported to DSHS last week that the business has been shut down, according to DSHS spokesperson Kelly Stowe.

Owner John Dorman has been under state investigation for more than a year following allegations that he and his staff solicited bribes from drug and alcohol addicted clients who were ordered by the courts to receive treatment as part of their criminal sentences. Dorman and several of his counselors are accused in state documents of lying to judges that the clients were receiving treatment.

Dorman's attorney, Mark Olson, said in an email Monday afternoon that Doorway to Recovery "...was closed pending its re-certification/re-licensure."

He said Dorman filed paperwork to have the clinic re-certified in November, but a DSHS employee failed to follow through. Olson said "...We do not expect there to be any problem whatsoever in re-opening Doorway to Recovery once these administrative forms have been submitted."

Dorman is charged with “unprofessional conduct” and is due to face an administrative hearing in which his chemical dependency license could be suspended or revoked.

“It feels like the community is a bit safer,” said Corina Fielder upon learning that Doorway to Recovery had shut its doors.

In 2011, Corina reported to DSHS that a Doorway counselor had concealed from the court that her heroin-addicted sister had shown up high for a counseling session.

Her sister, Crystal, told Corina that counselor Scott Bateman and her lawyer said they would keep word of Crystal's drug use “in house” and not tell the judge who had sentenced her to treatment on a DUI charge.

DSHS and the Washington state Department of Health did not act in 2011. However, late last year Bateman was charged with “unprofessional conduct” in Crystal’s case following coverage of Crystal’s story on KING 5.

Corina Fielder says justice has been long in coming.

“It feels like there’s been justification for Crystal” she said.

The three treatment clinics that John Dorman owns have been featured prominently in KING 5’s “Sobriety for Sale” series that has identified a half-dozen Pierce County clinics that are accused of taking advantage of drug-addicted clients and lying to the courts.

Dorman also owns Abracadabra Recovery in Spanaway and A Change Counseling in Renton. It’s unclear if those clinics remain open.

PREVIOUS: DSHS wants probe of its own drug treatment agency