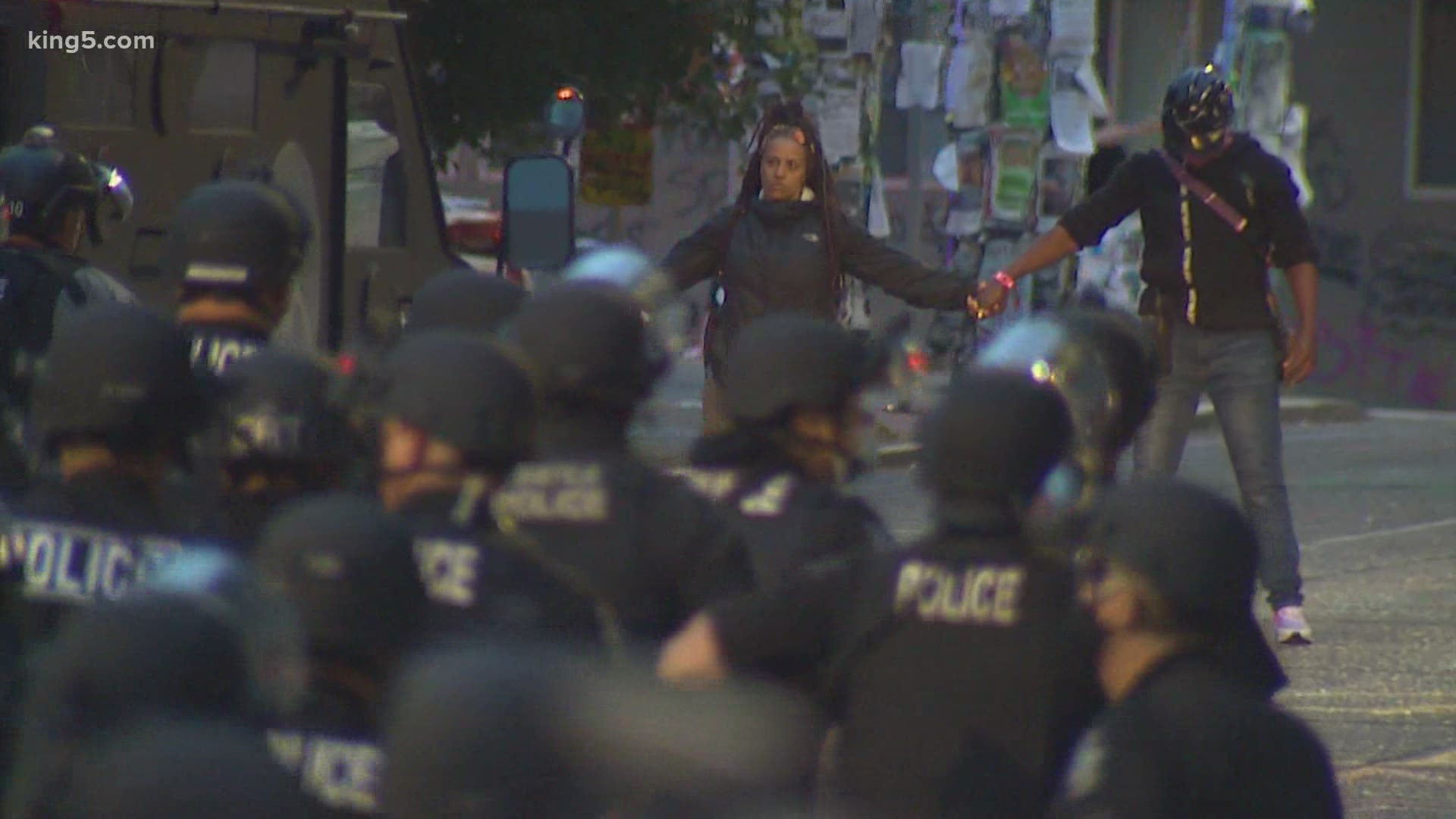 Emails and texts from the office of Seattle Mayor Jenny Durkan show confusion and desperation as control of the streets on Capitol Hill slipped into the hands of protestors in early June, an area that would come to be known as the Capitol Hill Organized Protest (CHOP) zone.

“We will not evacuate or abandon the east precinct,” mayoral digital team member Anthony Derrick live texted to co-workers, quoting from a press conference by the police department.

“Let me state very strongly that this is not the case,” said Mahaffey, trying to quell rumors officers that the department was preparing to evacuate the East Precinct. “We will not abandon one of our facilities," he said.

But that is exactly what happened less than 48 hours later.

Officers at the Seattle Police Department (SPD) East Precinct on Capitol Hill removed sensitive equipment and documents on June 8 after Mayor Durkan ordered the removal of police lines and barriers that were providing a protective perimeter around the precinct.

“SFD saying that SPD has recalled “all available officers” to “protect the precinct,” Mayor’s spokesperson Kelsey Nyland texted to a group of co-workers.

SPD argued that it had received threats from the Seattle FBI that some groups planned to attack the precinct.

Members of Seattle City Council openly questioned whether that intel was being exaggerated by SPD in order to justify what some council members saw as heavy-handed police tactics.

Emails obtained by the KING 5 Investigators through a public records request show, for the first time, that state lawmakers, through Gov. Jay Inslee’s office, raised similar concerns on June 7.

“On a call with legislators and Gov. Some members say they don’t believe there is intel about a threat to precinct and some say if there is the public should be told,” said a June 7 text from Inslee’s Chief of Staff David Postman to the mayor’s office.

The governor’s office told KING 5 the text is part of “candid conversations that were going on at several levels.” An official in the mayor’s office said Inslee did not question the intelligence personally, but that some state lawmakers apparently were skeptical.

The Seattle office of the FBI would not provide specifics but said it had intel in early June that people might attack the East Precinct.

“There were indications back then that there were multiple threats against the precinct as well as other law enforcement entities at other areas in Seattle,” FBI Supervisory Agent Stephanie Shark told KING 5.

Emails show that once police officers left the CHOP they rarely came back in.

That left it up to the Seattle Fire Department to respond to some of the attempts to break in and destroy the East Precinct.

“East precinct. They disabled the door locks so they can’t be locked,” said one email, requesting that Fire Chief Harold Scoggins reach out to Raz Simone for help.

Simone, a hip-hop artist, was the self-styled, armed security chief in the early days of the CHOP.

“Raz, I just got word that 4 people just broke the door at SPD and entered the building,” said a Scoggins text to Simone.

“A way to keep SPD out of the space is secure that building during the protest. Can you guys work with us on that?” Scoggins asked.

“There weren’t the level of leaders there that we could effectively negotiate with,” said Best.

Records also show that the mayor’s office was blind-sided by Best’s statements later in the first week of the CHOP’s existence that she was not the one who made the call to abandon the precinct.

The creation of a so-called “cop free” zone garnered national attention and raised questions about Seattle’s handling of protests, even at a time when many large cities saw large scale demonstrations against police brutality.

“Leaving the precinct was not my decision,” Best said in a YouTube video to officers on June 11.

“Please send over a recording on the Chief’s remarks ASAP,” Durkan spokesperson Kelsey Nyland texted to SPD. “We need to understand what was announced regarding the East Precinct (sic), so we can retool our planned communications accordingly.”

The incident was a break in the unity that Mayor Durkan tried to project with Best.

Best admits she did not inform the mayor’s office before she made her comments.

When asked if she split with the mayor over the loss of the East Precinct, Best said, “I think initially, things are moving very quickly. But ultimately, we had a conversation about the need to have the officers return to the precinct. At the end of the day, the mayor and I did agree.”

In a statement, the mayor’s office downplayed any disagreements with the police department.

“The Mayor and former Chief Best shared common goals with regard to the East Precinct: De-escalate the nightly tensions; protect SPD officers working out of the Precinct; and ensure the surrounding communities served by the East Precinct still received timely 911 response,” said spokesperson Kelsey Nyland in a written response to KING 5’s questions.