3 countries. 5 states. 36+ children. And about a 10% chance of inheriting the mental illness from the sperm donor that gave them life. 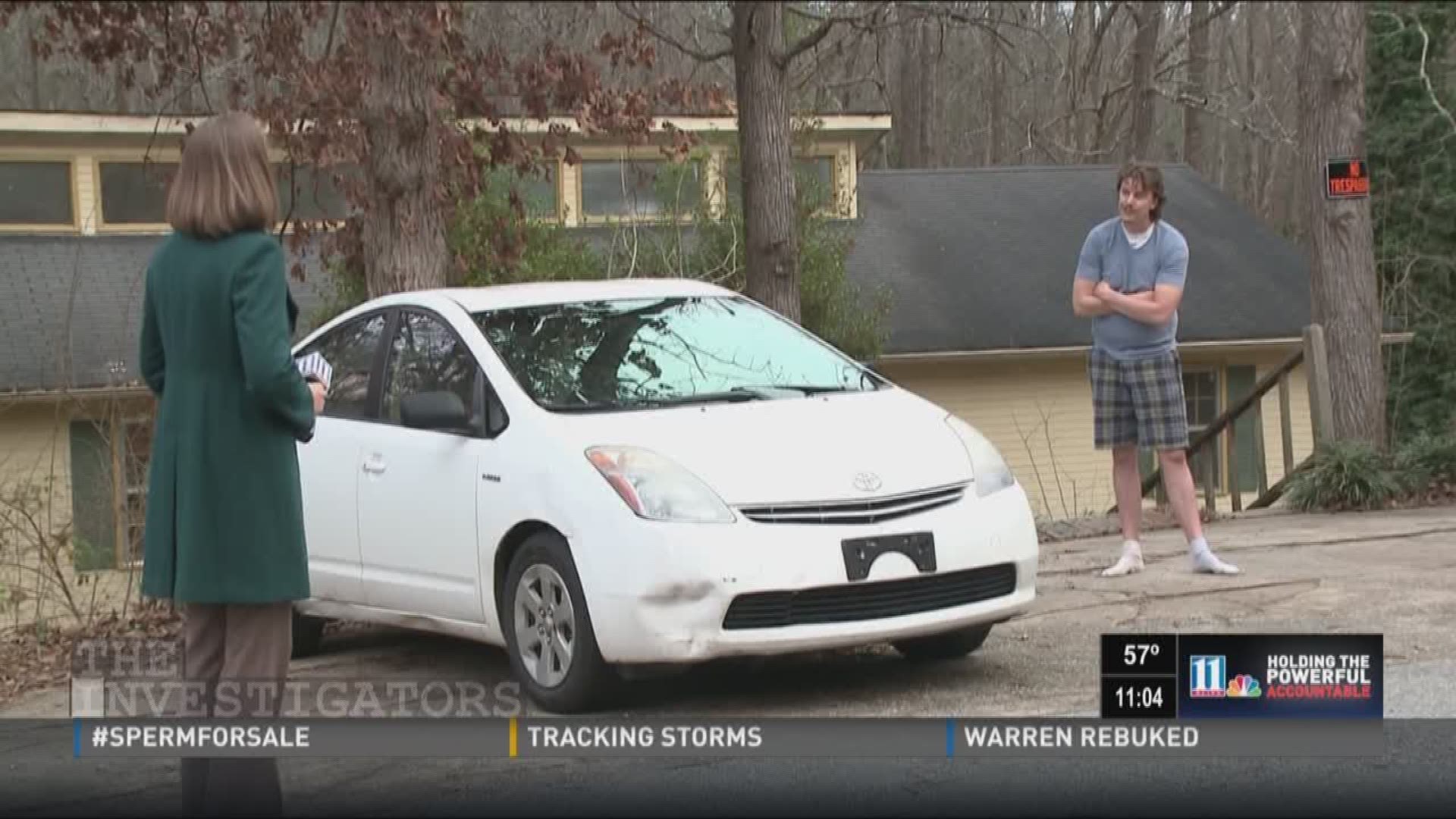 Max* loves music. He plays piano just like his momma, but also loves to play the drums.

Max is fascinated by numbers and letters. He learned to read and decipher patterns at a very young age.

Max had a head of platinum or shockingly blonde hair when he was young.

Angie Collins, one of Max’s mother, loves all those traits. But there’s one she hopes he does not inherit from his donor: his bipolar with schizo-effective disorder. Experts say the risk is about 10%. It’s a risk Collins never expected when she purchased sperm from her donor in 2006.

“It was my life’s dream come true,” said Collins. “I had always wanted to be a mom. And being able to hold him for the first time was magical.“

But in the past few years, Collins dream has had to confront the reality that the information about her child’s sperm donor simply wasn’t true. The donor profile she received said he was a college graduate with an IQ of 160, the same as Albert Einstein and Stephen Hawking. It also said he had no significant health issues. She assumed, given the “rigorous screening procedures” the company touted, he also had no criminal background.

Part II of the investigation will air Wednesday night at 11 on 11Alive.

On its website, Xytex claims “less than 1% of the men that ask about being a donor candidate are evaluated. Less than 5% of the candidates become donors.”

But it also posts a note on the donor profiles warning prospective parents, "the medical and social history was provided by the donor and cannot be verified for accuracy."

That little line raised big concerns for Collins, but she says when she called the company to ask about it, an employee calmed her fears by talking about Xytex's rigorous screening process.

In truth, Georgia resident Chris Aggeles had no college degree at that time, had been arrested and plead guilty to burglary, and acknowledged to the courts a well-established mental illness.

1 / 6
"Max" (name changed to protect his privacy) was fathered by an anonymous sperm donor in Georgia who lied about his medical and criminal history. (Photos courtesy of family)

“In 2014 I learned that the donor was nothing like what he appeared to be on paper with respect to all the important pieces of information like health, criminal background and educational background," said Collins.

In an audio interview conducted by Xytex, a company representative interviews Aggeles, praising him for his dedication and the quality of his sperm.

“I said, oh my gosh, you are going to be the perfect sperm donor,” the woman is heard saying, reflecting on her first few encounters with Aggeles. “I just remember thinking good gosh, what a mature young man you were. And I can remember thinking from that conversation that you were very special.”

The woman mentions Aggeles’ gaps in donations, but explains them away to his busy schedule and the fact he must travel a fair distance to get to the sperm bank.

Sperm for Sale | Dig into the facts

1 / 3
This timeline shows the history of sperm donor Christopher Aggeles.

But 11Alive’s investigation found some of the gaps match time Aggeles spent behind bars, in court or as a patient of a mental health facility. Court documents state Aggeles starting having auditory hallucinations when he was 13 and had since been diagnosed with schizophrenia, bipolar and narcissistic personality disorders.

“Never did I imagine that I would have paid to have a felon with multiple, debilitating, inheritable mental health issues,” said Collins.

Aggeles’ charges were later reduced, after being sentenced in Cobb County under the first offender program. He plead guilty to stealing music equipment from a home in Marietta. According to court records, Aggeles rented a van and bought latex gloves, then crawled through a window to steal six guitars, speakers, an acoustic amplifier and mixing board.

His mental health history emerged when a psychologist was asked to determine if Aggeles was fit to stand trial. The doctor ruled that despite his diagnosis, he understood the difference between right and wrong and was competent.

In his sentencing hearing, Aggeles apologized saying, “There isn’t a day that goes by that I don’t think about it many, many times. I’m very repentant and it’s the stupidest thing I’ve ever done.”

Aggeles was sentenced to serve eight months behind bars, but released from the Cobb County jail after only four. According to lab reports originating from a Canadian distributor for Xytex, he was donating sperm again just 18 days later.

Collins didn’t learn about any of this until Max was six years old. Collins says she may never have known, if Xytex had not accidentally published Aggeles’ email address on a chat board for recipient families. Parents started researching his name online. Collins filed lawsuits based off what they learned.

“We alleged deceptive business practices, negligent investigation, misrepresentation,” explained Nancy Hersh, an attorney representing Collins and several other plaintiffs. “We’re asking for Xytex, which profited from selling this man’s sperm, to assist in caring for the offspring.“

Collins’ original lawsuit filed in Fulton County Superior Court was dismissed. Xytex argued Collins was really making a case for “wrongful birth”, a legal argument that is not accepted in Georgia. Wrongful birth contends that if a family had received additional information about their baby, they might not have continued with the pregnancy.

Hersh argues wrongful birth deals with a child already conceived. Collins' case challenges the information that, in her eyes, should have been provided before conception occurred.

On that premise, Collins re-filed her case in Canada. There are a dozen similar cases filed by other parents who claim to have offspring from Aggeles’ sperm. Most of them are being heard in federal courts.

“They worry every minute,” said Hersh. “They watch their kids like hawks. “

We reached out to Xytex by email and phone and received no response. On their website, the company posted an open letter, stating their steadfast commitment to their clients and vowing to vigorously defend themselves against the allegations.

The company also reminded families that it does not verify the information provided by donors.

Last August, Aggeles did go to the Athens Clarke County police department to report he had "falsified paperwork for a sperm bank, Xytex. He said that he was not truthful about his (redacted)and his college degree status." Police determined this was a civil matter and did not press any charges.

Aggeles did finally get that college degree, but not until 2015 and according the UGA it was a Bachelor of Arts in Cognitive Science. He did begin studies to get a Masters of Science in Artificial Intelligence but never completed the program. He is currently not enrolled at UGA according to the school's records department.

Collins treasures every moment with her son. She enjoys watching him grow and marvels every time he discovers something new. She harbors no ill will towards Aggeles and believes it is up to companies like Xytex to properly screen donors.

*Name changed to protect the identity of a minor at the request of parents.