A Bonney Lake girl is still struggling months after another student with special needs attacked her. 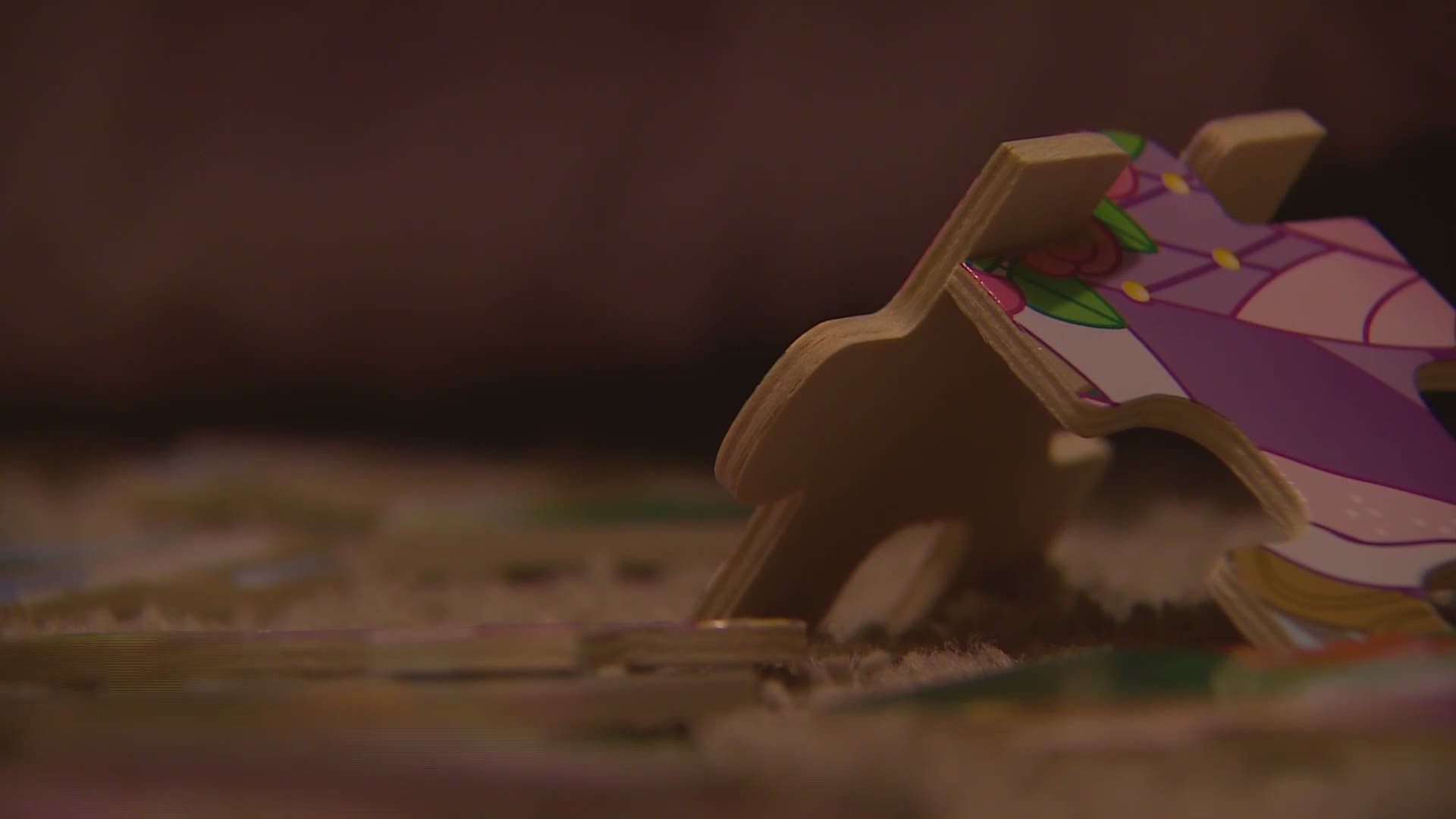 Like many children with autism, 11-year-old Marie Chisholm-Colt of Bonney Lake loves routine and structure. In her bedroom there’s a board with pictures that show Marie every detail of her day such as: eat dinner, eat dessert, take a bath, etc. Her mother, Amy Chisholm, said that prior to last year, the one thing Marie loved as much as routine was school.

“She loved school,” said Amy Chisholm. “It was her favorite thing. When she’d get off the bus (that’s) the first thing she would (talk about): ‘First dinner, then dessert, then bath, cracker, i-pad, go to sleep, wake up and then you ride the bus!’”

But soon into her 5th-grade year, the 2017-2018 school year at Crestwood Elementary School in the Sumner School District, her mom said Marie began showing signs of anxiety and a fear of school.

“Every morning I have to basically talk my daughter off the ledge. She screams every single morning. She pleads with me about not going to school,” said Chisholm.

Marie is mostly non-verbal. She couldn’t tell her mom what had changed; what was wrong.

“I couldn’t figure out why she didn’t want to go to school,” said Chisholm.

Then on May 7, 2018 Chisholm received a phone call from the district’s transportation department about an incident on the school bus that morning.

“(She said) ‘Oh Marie was involved in an incident this morning where her hair was pulled by another student, but the driver did a great job.’”

Chisholm said that led her to request viewing security videotape from the school bus. She said district officials dragged their feet in granting her access to the footage.

“They wanted to charge me $145 to $250 to get a redacted video (with other children’s faces blurred). I didn’t have the money and it wasn’t until I pushed harder. They wanted me to wait three weeks to get the redacted video and I said ‘I’m not going to wait that long,’ so they let me come in and view it on June first.”

Chisholm went to district headquarters expecting to see a child pulling her daughter’s hair. But there’s a lot more than that on the tape.

A KING 5 review of the tape shows the student sitting behind Marie, who also has autism, touched and pulled Marie’s hair 31 times, pushed and slapped her head 11 times, punched her head 16 times and scratched Marie’s forehead once, which caused visible markings and bleeding.

The videotape also includes audio. Marie is loudly screaming, crying, and trying to protect her head.

Another student encourages the attack to continue.

“Now pull her (hair) again. Hit Her! Do that again! Hit her!” the student yelled.

Marie’s mother said she couldn’t watch the entire video and had to leave the room.

“I literally threw my feet out and kicked my chair out and ran out of the room. I was panicked. I didn’t believe what I had seen,” said Chisholm. “It really brought me to my knees, it really did.”

The video has a clear image of the bus driver. At one point he warns the children to “Calm down, guys.” But he does little else until finally pulling the bus over and moving the child attacking Marie to a different seat.

After arriving at the school, the driver sums up the ride to a school representative.

“We had a massive issue,” said the driver.

The Sumner School District has student transportation policies that call for the driver and administrators to take action after such an incident.

The driver is required to fill out a report, fax it to the principal and mail a copy to the parents. After receiving the report, staff is required to investigate the circumstances and “take action.”

The family said none of that happened – no report, no investigation, no action taken.

The Sumner School District wrote a written statement saying the district is unable to provide specifics due to federal privacy laws.

“Student safety is the district’s highest priority. We do everything possible, with plans in place, to assure the safety of all students. The district is addressing this issue and continues to work with the family to resolve concern,” wrote Elle Warmuth, Sumner-Bonney Lake School District Communications Director.

After finding out about the bus attack, Marie’s mother obtained school nurse reports showing her daughter had been injured in the classroom as well. On one occasion Marie went to the school nurse after being hit with a Chrome Notebook (laptop) on the left side of her head. Another report indicates a student hit Marie in the nose with a plastic storage tub which left a welt and bruising.

Chisholm said she was never notified of these incidents.

“I think it’s a form of lying. I think they’re covering up. I think they’re trying to avoid the issue that autistic students are not given adequate supervision, they’re not being treated right.  Their rights are being disregarded,” said Evan Oshan, an attorney Chisholm has hired to consider legal options.

It’s unclear if there were more assaults on the bus as the family has more security videotapes to view.

Marie is now in 6th grade at a middle school in the Sumner School District. Her mom said she is still afraid of school and must be medicated every morning to be able to drive her daughter to school. Marie refuses to ride the school bus and still begs to stay home. Her neurologist is concerned about PTSD.

“Marie could develop some degree of PTSD related to these (bus) events and (there is) a concern that this could increase overall anxiety levels with school attendance or even with being around peers,” wrote Dr. Gary Stobbe of Seattle Children’s Autism Center.

“She’s not the same little girl anymore. They took a huge piece of her away. She’s trapped inside her own mind,” said Chisholm.

Complete coverage from the KING 5 Investigators