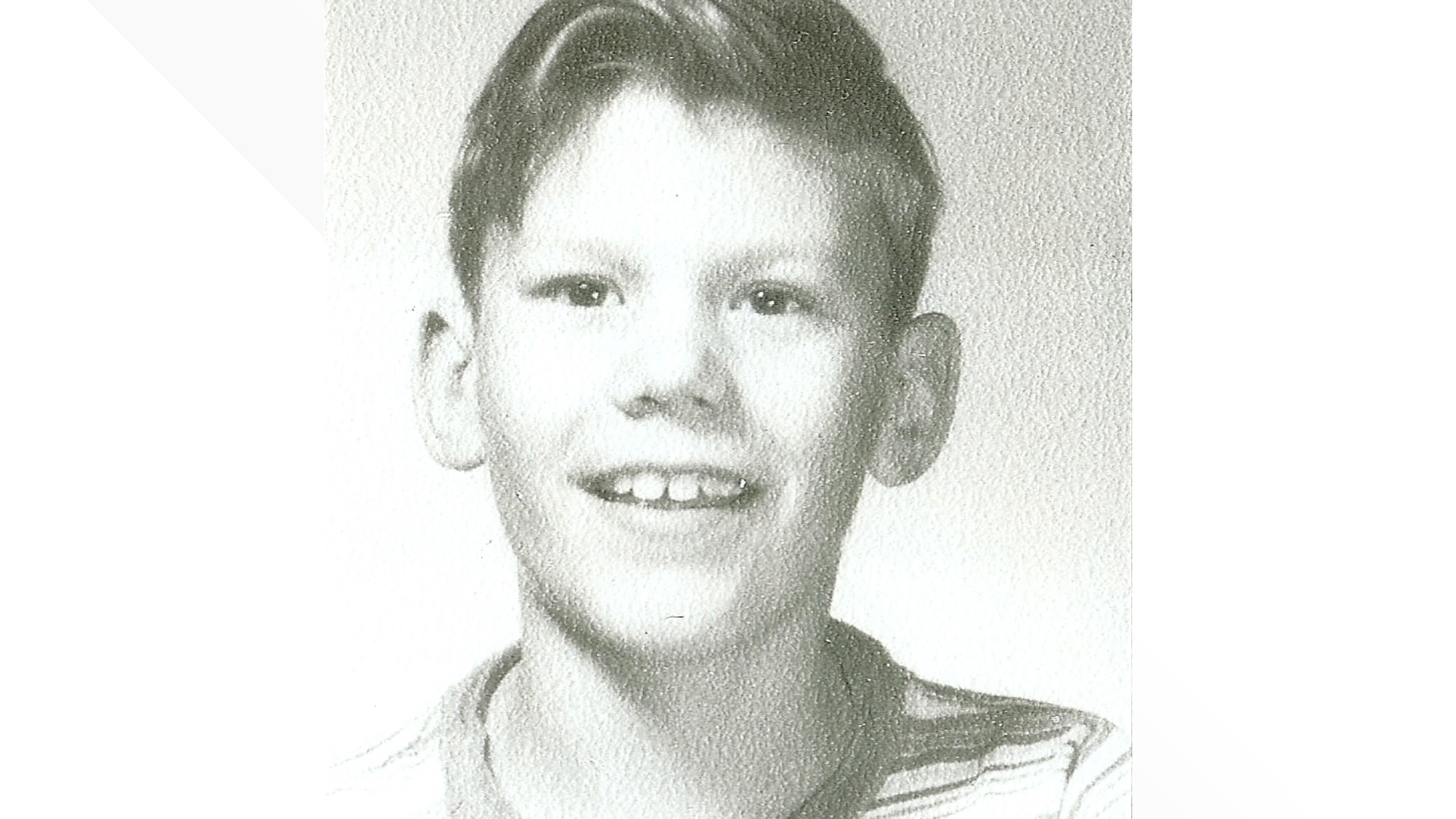 COLORADO, USA — The National Park Service has opened an investigation into the 1958 disappearance of a 10-year-old boy from a Catholic summer camp in Boulder County, 9Wants to Know has confirmed.

The death of Bobby Bizup, whose remains were found on the east face of Mount Meeker nearly a year after he vanished, was originally classified as an accident. Now, the park service’s Investigative Services Branch has opened an investigation, according to multiple sources familiar with the case.

Bobby was an only child and was born almost completely deaf.

At the time he went missing, it was believed that he had simply wandered away from Camp St. Malo, located between Estes Park and Allenspark, and gotten lost in the woods.

His remains were discovered nearly a year later high on the east face of Mount Meeker.

A coroner concluded the cause of death was “probably from exhaustion and exposure” and classified it an accident.

“Everybody thought since he can’t speak or hear, he couldn’t hear anybody calling, and he just wandered off,” said Harriet Dudich, a cousin of Bobby’s. “That’s what we all believed all these years.”

Bobby’s parents are both deceased, and Dudich is among his closest living relatives.

“That’s real good news,” she said Thursday afternoon of the park service’s investigation. “I really hope something comes from this.”

The case was never investigated as anything more than an unfortunate accident.

1 / 11
Courtesy Harriet Dudich
Bobby Bizup with his parents and aunt and uncle during a visit to Pittsburgh in 1956.

But 9Wants to Know began looking into it after discovering that two of the counselors working at the camp when Bobby vanished went on to be credibly accused of sexually abusing multiple boys.

One of them – Neil Hewitt – acknowledged to 9Wants to Know last year that he was among the last people to see the boy before he disappeared. Hewitt also was leading a hike up Mount Meeker and was the one who discovered Bobby’s remains.

“I did not do anything to him,” Hewitt said in 2019, speaking to a reporter outside his home in Arizona.

Hewitt reiterated that denial again this week in a phone call with a reporter.

RELATED: Former Catholic priest acknowledges 'I did do things that were wrong' after 2 accusations of molestation

A 9Wants to Know investigation has raised multiple questions about the boy’s disappearance.

Contact 9Wants to Know investigator Kevin Vaughan with tips about this or any story: kevin.vaughan@9news.com or 303-871-1862.