The mother of a child with special needs filed her official intention to sue the Bellingham School District for putting her son's desk in the bathroom. 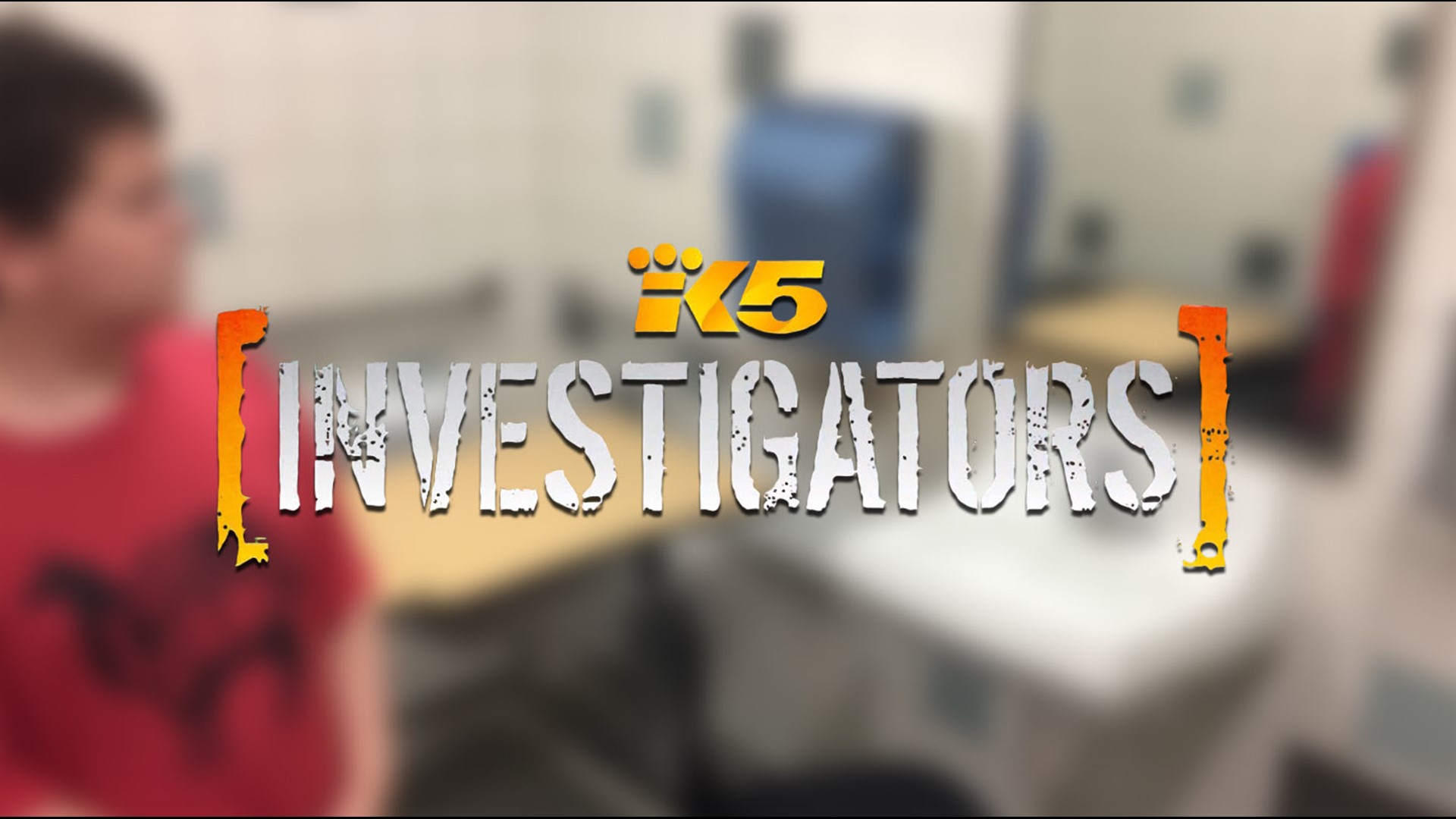 BELLINGHAM, Wash. — A Bellingham family took the first step toward suing Bellingham Public Schools for allegedly violating their 11-year-old child’s civil rights, including his right to be free from discrimination and retaliation.

The legal forms were sent to the district on October 2, two weeks after Whatcom Middle School in Bellingham tried to move Lucas Goodwin, a sixth grader with autism, into a bathroom to serve as his place to learn.

Soon after the school year began, Lucas’ mother, Danielle Goodwin, requested her son be provided with a quiet space to work for a portion of his school day to cut down on distractions. Goodwin, a substitute para-educator in the district, said she spoke with school officials about creating a space in the school library or another unused portion of the building.

When she showed up to Whatcom on September 16 with snacks and drinks for Lucas, Danielle said she was aghast at the new accommodation. The school placed a desk over a toilet and squeezed a chair by the sink. A rolled-up mat was placed in the bathroom for napping on the bathroom floor. Lucas has an auto-immune disorder that can lead to exhaustion, which sometimes requires a nap.

“This has been heartbreaking and really hard on (Lucas), especially his self-esteem,” Danielle said.

In the legal filings sent to the district, the family alleges moving Lucas to the bathroom was “traumatizing and humiliating” and has caused “severe anxiety and phobia associated with attending school.”

“(I was) embarrassed, sad, angry, frustrated, a bunch of things,” Lucas said. “Nobody should do that. No one. Because it’s a bathroom. It’s not supposed to be a learning space.”

Danielle took her son home after she said the special education teacher told her no other options except the bathroom were available. He hasn’t returned to school since.

On September 20, the district defended the placement idea in an online statement. Superintendent Greg Baker wrote a lack of money and space are problems facing the district.

“We are all aware that state funding for schools is limited, particularly with regards to construction, and thus schools often have limited space to meet students’ instructional and social-emotional needs ... This current situation is an example of staff trying to seek a solution to temporarily repurpose a room,” Baker wrote. “My preliminary assessment is this idea was well-intentioned, but in the end we did not move forward with it.”

Danielle said she happened to go into the classroom on the first day her son’s learning space was to be moved. Danielle said she believes that’s the only reason the bathroom didn't end up being Lucas’ seat assignment.

“The most egregious part is how blatant the discrimination was. I was a teacher. I’ve never seen a child treated this way,” said Alex Hagel, the Goodwins' plaintiff attorney.

Hagel said planning to put Lucas in the bathroom sent a message to a child with disabilities — that he’s different from everyone else.

“(It says) he’s not like every other kid. By placing him (in) that bathroom he’s being told that he’s different and that he doesn’t deserve to learn in the same environment as other children,” Hagel said.

In legal documents sent to the district, Danielle alleged the bathroom placement was not due to a lack of space, but as a way to retaliate against her child. In 2017, Lucas accused another teacher in the district of inappropriately touching him in the classroom at Silver Beach Elementary School. The Bellingham Police Department investigated and sent the case to the Whatcom County Prosecutor’s Office, which declined to file charges.

Danielle said the special education teacher at Whatcom Middle School admitted the bathroom location was chosen in response to the prior allegations.

“When I asked if he could move to a different space she said, ‘No,’ that she didn’t want him to accuse another adult like before," Danielle said. "When I asked specifically if this was about the 2017 case, and she said, ‘Yes.’”

Title IX of the Education Amendments of 1972 prohibits retaliating against students who exercise their rights such as making a sexual abuse allegation.

“By punishing him by putting him in a bathroom he was retaliated against. And that’s (against) the law,” Hagel said.

In the yearlong investigation into the state of Washington’s special education program, “Back of the Class,” the KING 5 Investigators exposed a pattern of schools across the state violating the civil rights of children with disabilities by segregating them from their peers or unnecessarily isolating or restraining them.

KING 5 analyzed records from the state Office of the Superintendent of Public Instruction (OSPI) and found districts reported an increase in the use of isolation and restraint in data available from the last two school years.

On November 13, the Bellingham school district issued a formal response to a complaint filed by Danielle. Deputy Superintendent Mike Copland defended the bathroom option as a learning space.

“As a result of the (district’s) investigation, I did not conclude that the district failed to comply with applicable anti-discrimination laws,” Copland wrote. “As a student eligible for special education, Lucas is required to receive services and supports that meet his individual needs, rather than services and supports that are the same as those that are provided for other students. The evidence indicates that discussions and decision-making around Lucas’ work space were driven by his individualized needs.”

“In addition, the evidence does not support a finding that the use of the unused bathroom as a work space was in retaliation of your previous complaint made against a staff member at Silver Beach Elementary School in February 2017,” Copland wrote.

After a day-long mediation with Danielle, her attorneys and representatives from the Bellingham school district on November 8, the district agreed to provide additional services to Lucas including 10 hours a week of academic tutoring by a private school and equine therapy.

On October 2, Danielle filed official legal paperwork with the district to put them on notice that a separate suit would be filed for allegedly violating her child’s civil rights. The district has yet to respond.

The school district sent a statement that reiterated the bathroom is not being used as a place for students to learn.

“The bathroom at issue never was, and will not be, used as an educational space,” wrote district Communications Manager Dana Smith. “We promptly and thoroughly investigate allegations of harassment and retaliation. Bellingham Public Schools does not tolerate harassment or retaliation; we also do not reward false allegations made in retaliation for not getting an earlier result.”