The KING 5 investigators learned ARCH and city governments did not exercise a clause to save affordable properties as investors snatched them up for quick profits in King County. 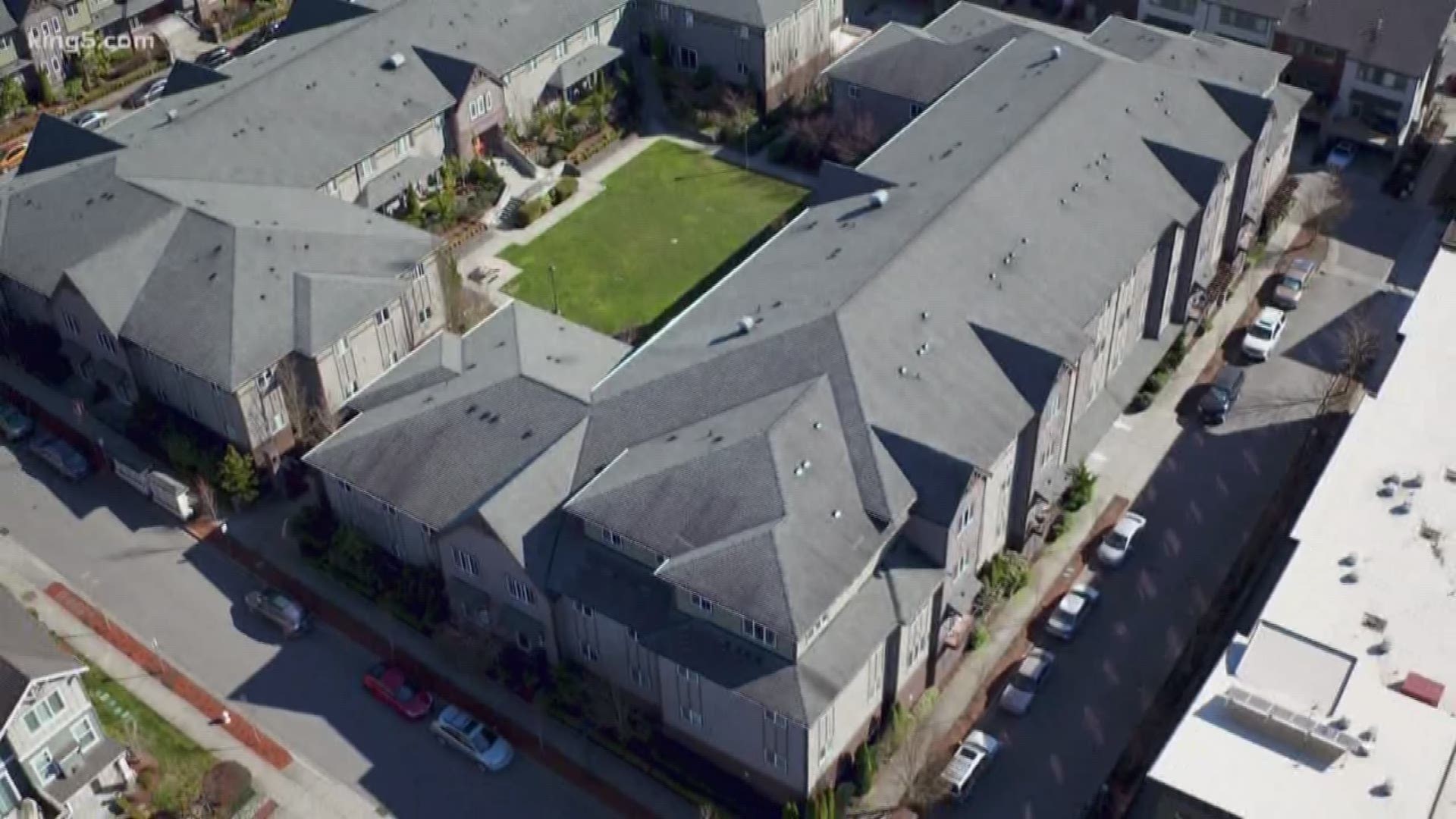 East King County’s largest affordable housing program ARCH lost dozens of homes over the years because of a clause buried in its contracts that is triggered in the event of a foreclosure.

The result is that homes set aside for low-income buyers are finding their way into the portfolios of real estate investors, reversing the purpose of a program designed, in part, to answer the growing housing affordability crisis in King County.

The problem lies within the fine print of the paperwork buyers sign when acquiring a home from ARCH, which stands for A Regional Coalition for Housing. Records show that the 15 eastside cities that ARCH represents have language in the ARCH contracts to save these properties from sale on the open market, but the cities aren’t doing anything to enforce it.

ARCH has more than 700 houses and condominiums in the program designed to help low- to moderate-income buyers in eastside neighborhoods where houses typically cost a million dollars or more. ARCH buyers purchase their homes at below-market prices, but they also sign a contract stating that they will be required to sell at a low price set by ARCH if they sell the home.

When the housing crisis struck several years ago, investment firms were wary of bidding on foreclosed ARCH properties because of the restrictive contracts – covenants – that buyers must sign. But that changed when the state’s largest foreclosure investment firm uncovered Section 11.2 of the ARCH contract.

That clause said in the event of foreclosure, the ARCH covenant was extinguished, said Jim Melgard, vice president of sales for Vestus/Eastside funding. Employees at the Kirkland firm realized that ARCH’s contract voided the restrictive contract in the event of a foreclosure.

After that, Vestus started snapping up ARCH properties whenever they were sold at public auction, and other buyers started following suit.

“(They were at) an artificially lower price because of the ARCH program,” Melgard said.  “So, it would come out with a much lower opening bid, up to $100,000 less than it should be, and we were thrilled about buying it.”

Thus, all the public’s benefits from creating and pricing an affordable home shifted to the bank account of a lucky Vestus investor.

“Then we could sell it on the open market and we wouldn’t be restricted by the income restrictions and the amount that you can mark it up,” Melgard said.

ARCH also requires buyers to live in the homes they purchase, as their primary residence, but that rule is also extinguished with the rest of the contract.

Records show that banks have foreclosed on more than forty ARCH homes over the years.

Vestus says it bought 15 to 20 ARCH properties, most of them in the sprawling Issaquah Highlands development. ARCH has 227 house and condo units under contract in the Highlands. Twenty-six of the program’s foreclosures have occurred there.

In February, the KING 5 investigators reported on Highlands owners who did not actually live in the their ARCH units, as required, but rented them out instead.

Melgard points out that the ARCH contract has language that would allow cities to preserve ARCH units before they go to auction.

Melgard is happy to snatch up the low-priced homes for his investors, but he is surprised that cities haven’t taken a more active role in trying to save the affordable homes.

“Banks don’t want to foreclose on people. Nobody wins,” Melgard said, advising that cities would be better off cutting a deal with banks to avoid the complicated foreclosure process and preserve the affected homes as affordable housing units.

Over several weeks, the KING 5 Investigators made repeated requests to Issaquah Mayor Mary Lou Pauly for an on-camera interview. The goal was to ask the mayor what steps, if any, Issaquah government is taking to ensure homes built through ARCH would stay available for low-income buyers.

Pauly declined those requests and wrote in an email, “I am waiting (until ARCH) completes its work to weigh in on any recommended changes or improvements.”

The consultant is looking to improve policies and identify violators at the hundreds of homes and thousands of rental properties that ARCH administers for cities like Bellevue, Issaquah, Bothell, Kirkland, Newcastle, Redmond and Mercer Island.

ARCH’s new executive manager, Lindsay Masters, suspects that the foreclosure language was inserted in ARCH contracts at the insistence of lenders.  Banks do not want burdensome restrictions on foreclosed properties they are trying to sell.

Masters says that banks might not make loans for ARCH properties if the contracts are too restrictive.  She says the language is something that the consultant is reviewing.

Masters also acknowledges that there have been many “vintages” of contracts in the ARCH program and that the rules have been unevenly applied. An example of that is the case of Patricia Chappell who purchased an ARCH condo in the Issaquah Highlands in 2011. Even though the condo was a foreclosure, Chappell was required to sign an ARCH contract.

When she sold the condo in 2015 to move to Kent, her realtor noticed that a neighbor was selling his similar sized ARCH condo for $40,000 more. The realtor, Betty Chandler, learned that the neighbor had not been required to sign the ARCH contract because his unit had been through a foreclosure and the covenant was extinguished.

“I don’t think that’s fair,” Chappell said when she learned her neighbor who bought and sold his condo at the same time she did was making $40,000 more on his sale.

Masters said she did not have an explanation for why Chappell was required to sign the covenant while her neighbor didn’t.

“We all need to be on the same page. If one person signs, we all sign,” Chappell said.