James Mason resides in Colorado and denies he's a "member" of the violent extremist group Atomwaffen, but members in Washington state follow his guidance. 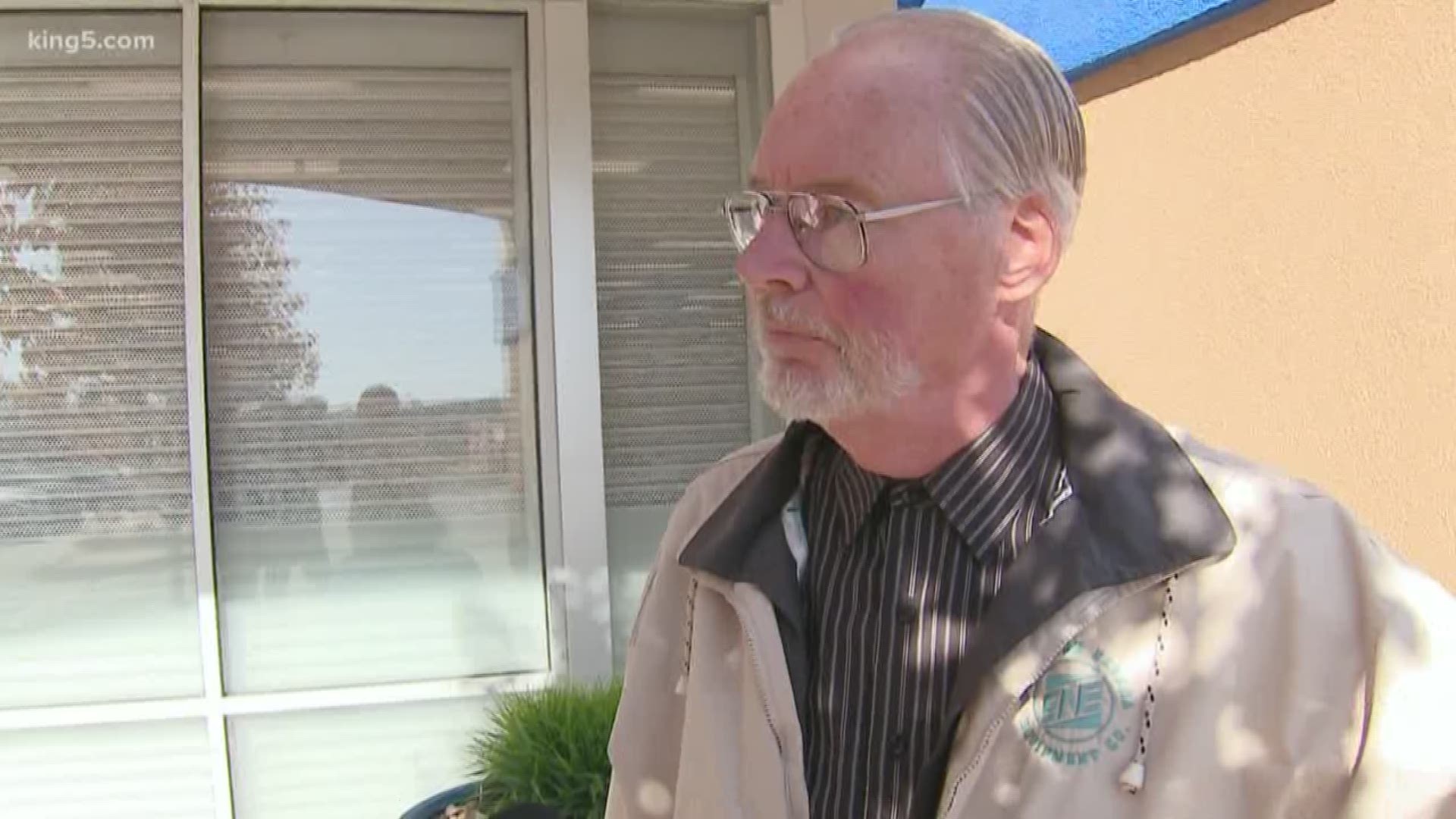 James Mason says he is unlike the Nazis of the past because he does not advocate violence.

But there are limits to his claim of non-violence that he preaches to his young, white followers scattered across the country.

Those words were spoken by Mason in the parking lot of a shopping center in Denver, Colorado. Television station KUSA tracked down the man who is perhaps America’s most prominent living Nazi.

His words have relevance in Washington state where members of a particularly violent group of white supremacists, the Atomwaffen Division, follow his online writings and his podcasts.

“If they were acting on my words, they wouldn’t be doing the things they are doing – throwing their lives away,” Mason said when asked if he felt responsible for violent groups like Atomwaffen.

As KING 5 reports have shown, Atomwaffen has an active cell in Washington state. Online recruitment videos show members training with firearms in the Cascade foothills in Skagit county, and staging protests along Interstate 5 through King County.

Atomwaffen claims it’s arming itself and preparing for a race war with non-whites.

But online videos show him wearing an Atomwaffen uniform and posing with members.

“We have a society that’s going crazy,” said Mason, as he segues into a rant about gun laws.

“You hear all this talk about guns, guns, guns. Got to take away the guns,” said Mason.

That could be a reference to the latest developments involving the 25-year-old leader of Washington’s Atomwaffen cell.

In September, authorities seized about a dozen firearms – including homemade, untraceable AR-15’s – from the Arlington home of the parents of Kaleb Cole.

Seattle police, prosecutors and the FBI convinced a King county judge that Cole posed a serious threat to public safety by having access and possession to firearms. The judge then issued an order requiring Cole to surrender all firearms to the police.

RELATED: Neo-Nazis from Washington arrested with guns, ammo in Texas