US Inspector General to investigate federal response to coronavirus

The investigation comes one day after Sen. Patty Murray said the FDA and CDC made "grave errors" in their coronavirus response in a letter to the Inspector General. 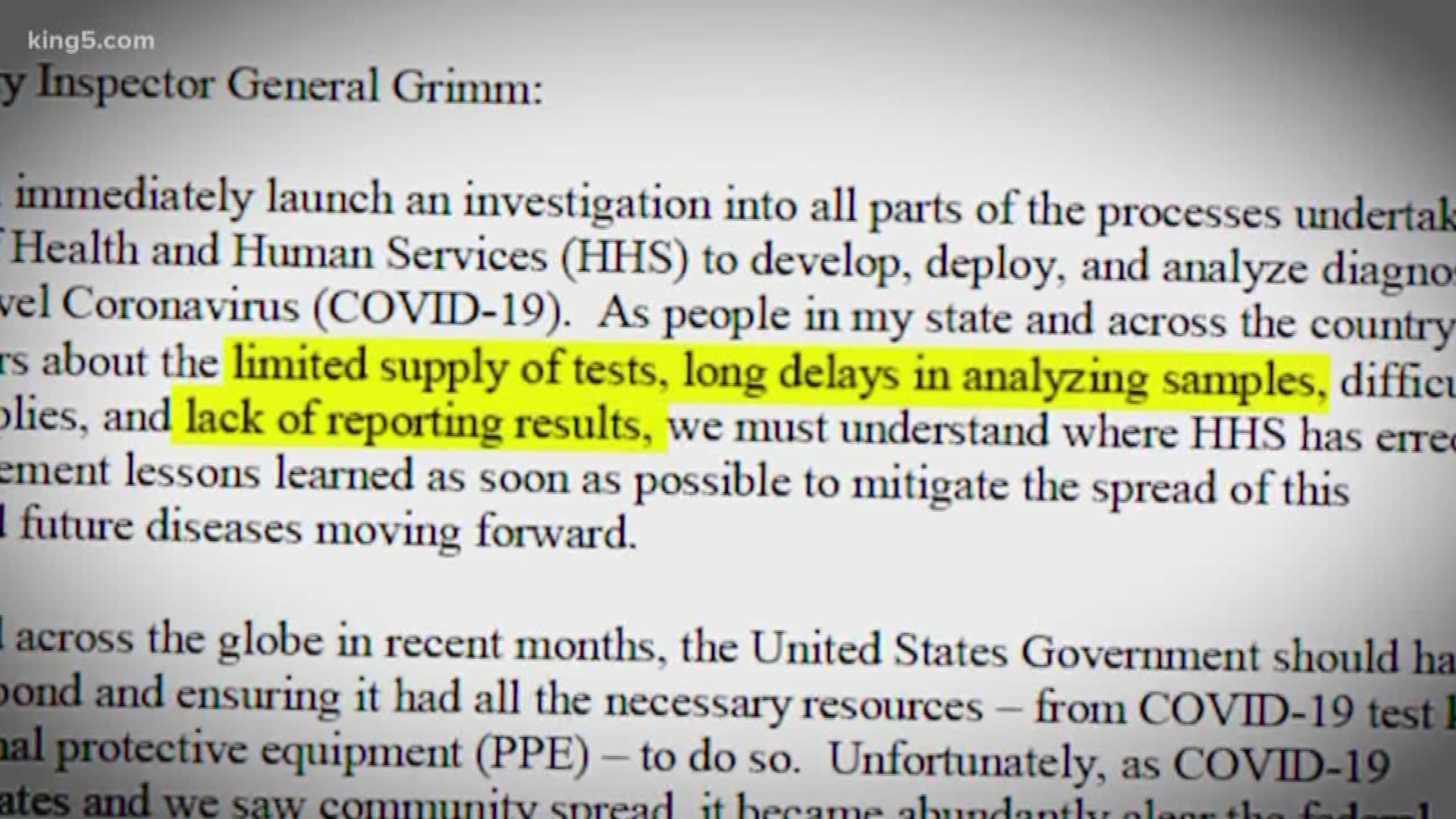 WASHINGTON, D.C., USA — The Office of Inspector General said it will investigate federal agencies' “response and planning efforts” to the coronavirus outbreak.

“We continue to monitor the situation around the COVID-19 outbreak and have plans to conduct a number of reviews,” said Tesia D. Williams, a spokesperson for the Office of Inspector General (OIG) for the US Department of Health and Human Services.

This comes one day after US Senator Patty Murray (D-WA) sent a letter to the OIG requesting an investigation and claiming that “…it became abundantly clear the federal government failed to take crucial steps and lost valuable time,” in the deployment of test kits.

It was a particular problem in Washington state where the virus was detected earlier and federal and state official stymied efforts by local researchers to fast-track the testing process, according to Murray’s letter.

“The details of these (OIG) reviews are being coordinated at this time,” Williams said in an email to KING 5.  There is no timeline on how long the process would take.

Last week, Murray told KING 5: “We had been assured by CDC and FDA from the end of January that tests were being sent to our state. Later, we find out that they weren’t. A few weeks later, they’re saying we’re going to have a million.  There wasn’t.  Then the Vice President is telling us there’s a million and a half.  The Secretary of Education – four million.  None of that true.”

The Department of Health and Human Services includes both the Food and Drug Administration and The Centers for Disease Control.

The OIG is the oversight body for the department.

The White House has praised the federal response to the outbreak and says the criticisms are politically motivated.