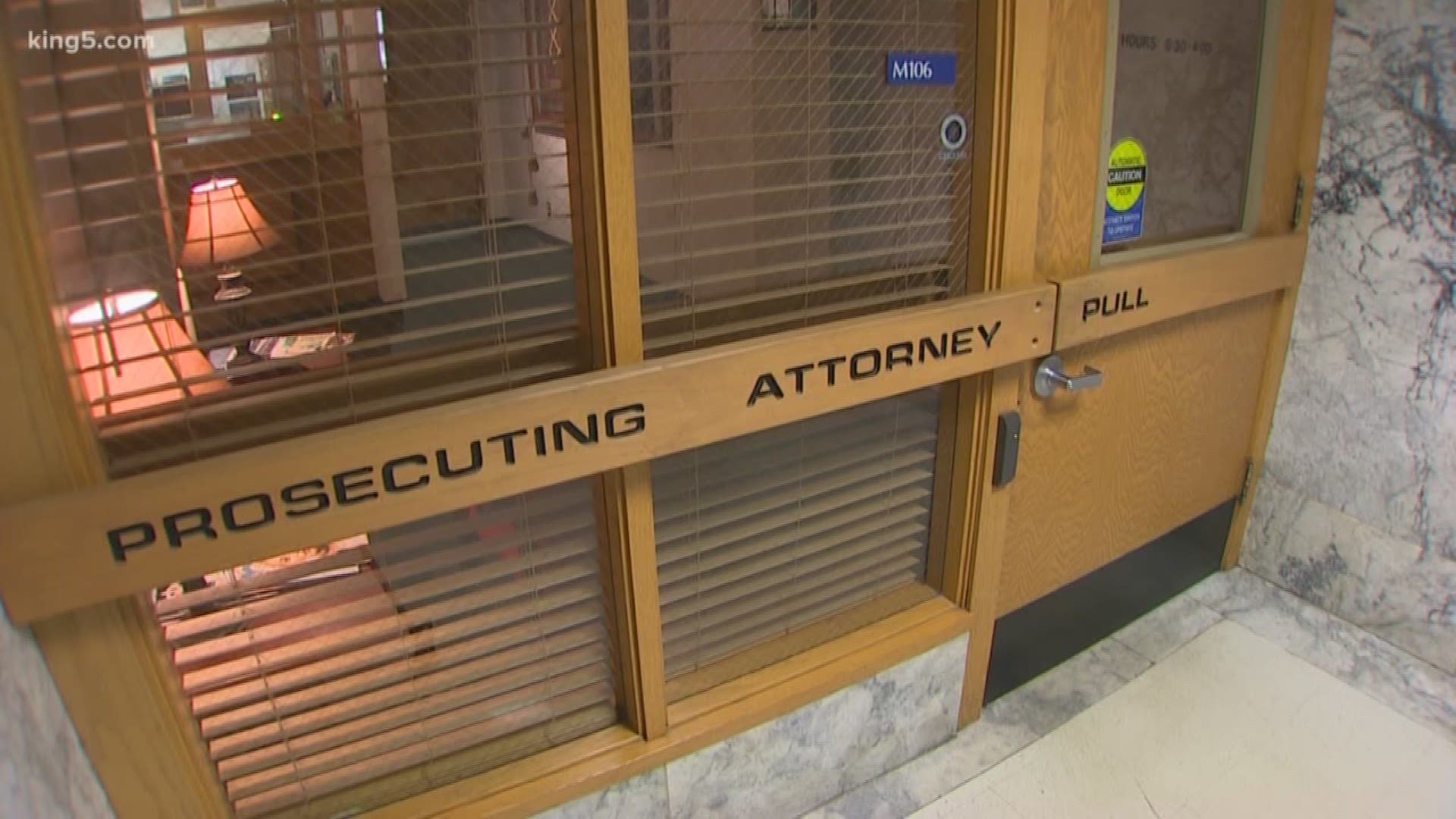 A fired Snohomish County deputy prosecutor is facing a second criminal charge stemming from an allegedly drunken night at a legal conference in June.

Chris Dickinson was charged in Chelan County court with assault in the fourth degree, a misdemeanor charge.

“Based upon the investigation, we decided (this case) was chargeable for assault four, with sexual motivation,” Chelan County Prosecutor Douglas Shea told KING 5.

Dickinson was fired by the prosecutor’s office in early July, a couple weeks after he was arrested by a Chelan Sheriff’s deputy who found him in a car with a blood alcohol level that was recorded at 0.15 – almost twice the legal limit.

The woman waited until a few weeks after the mid-June legal conference in Chelan to report the incident to the Chelan sheriff’s office.

Roe was not present for the June conference at Campbell’s Resort in Chelan, but his phone started ringing soon after the night of June 19.

Roe learned that several deputy prosecutors were drinking in a motel room after the conference.

The woman, a Snohomish County Juvenile Court employee who is Dickinson’s girlfriend, had apparently passed out after an evening of drinking.

Roe said previously that he is convinced that a junior deputy prosecutor took the photo to document Dickinson’s bad behavior at the party. That junior prosecutor was reprimanded.

Dickinson’s girlfriend later filed a complaint with the sheriff’s office that she was photographed nude. That complaint is under investigation.

Dickinson and his girlfriend were asked to leave the party.

However, after the party, Dickinson’s girlfriend tried to take her boat across Lake Chelan to her motel room. She was arrested by a sheriff’s deputy for boating under the influence. The deputy noted that her breasts were exposed and she appeared too intoxicated to leave the dock safely.

Dickinson was arrested hours later for DUI when he arrived at the Chelan County jail to pick up his girlfriend.

Dickinson was fired after 29 years with the prosecutor's office.