King County Elections said around 30,000-40,000 voters receive more than one ballot every election. 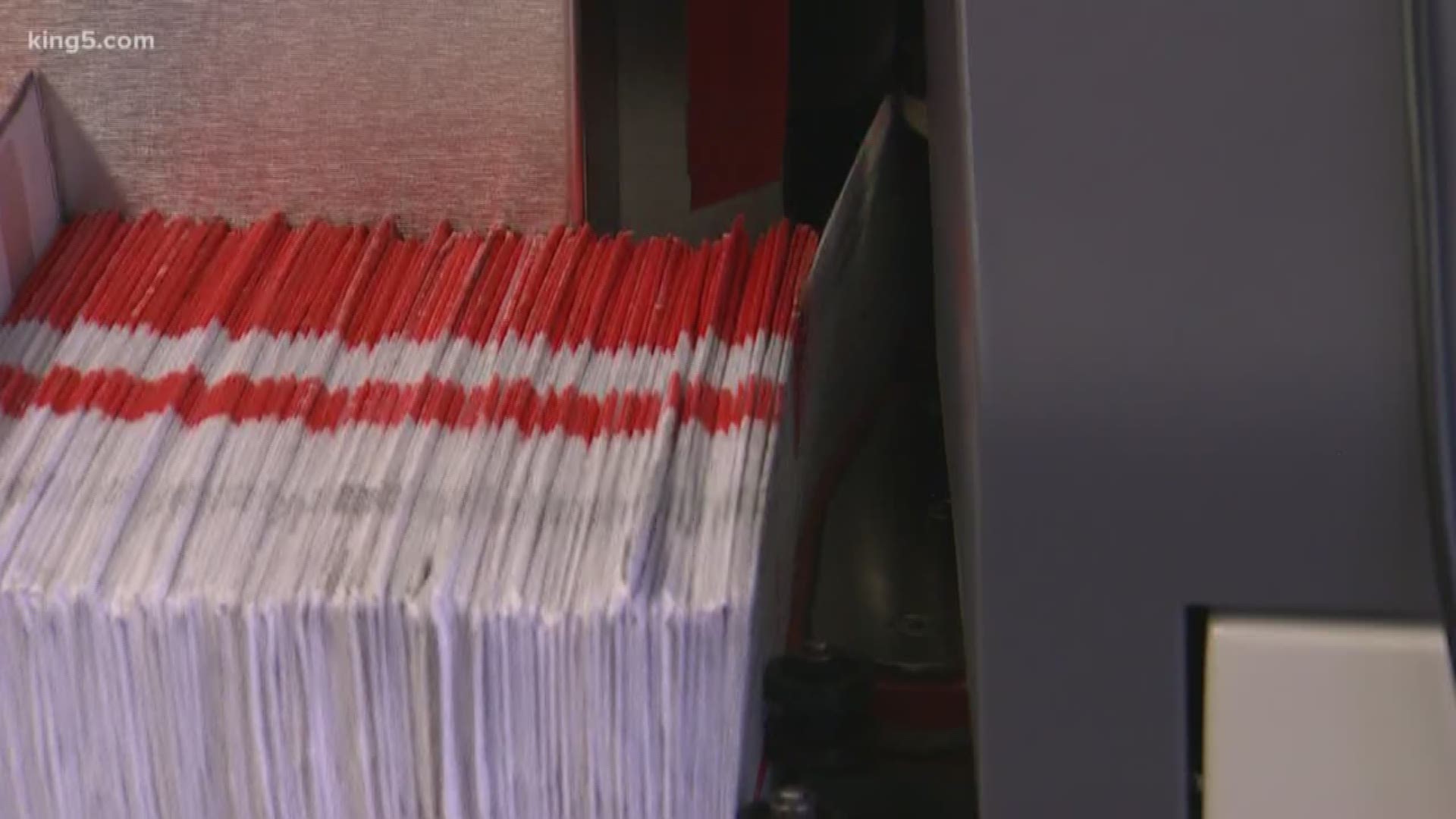 RENTON, Wash. — Some Washington voters received a duplicate, or seemingly duplicate, ballot for the upcoming November election. It’s certainly not the first time it’s happened and may not be the last.

So what’s going on?

Sometimes the ballots are true duplicates. According to King County Elections, there are around 30,000 - 40,000 voters who receive more than one ballot every election. Elections said most of them are “replacement ballots.”

“The vast majority of replacement ballots are because the voter initiated a change,” explained King County Elections Director Julie Wise. “A change to their driver’s license, or their voter record, a name, a change of address.”

Wise couldn’t give a precise number on true duplicate ballots, but it could also be human or even machine error.

The Washington Department of Licensing plays a key role in voter registration. When you get your first license or an updated one, that information is sent to elections departments statewide.

“When we know that individual just went to the Department of Licensing and didn’t make a name change or a change of address, maybe got an enhanced driver’s license,” said Wise.

She said this can trigger an event that potentially sends a duplicate set of information to King County Elections.

“We have to manually uncheck and make sure a voter doesn’t get a replacement ballot if it’s not necessary or needed,” said Wise.

Also see | Lost or damaged ballot? Here's how to replace it

King County Elections said they are aware of 70 - 80 cases where true duplicate ballots were sent during the August primary because the software related to enhanced driver’s licenses didn’t automatically recognize if a voter was already registered to vote and forwarded a second registration.

Wise indicated that those types of errors are likely fixed. King County Elections is not aware of any true duplicates having been filed for the November election so far.

Does it matter if someone turns in two ballots?

King County Elections system will automatically flag any duplicate ballots based on a bar code next to your address on the outer envelope. Both ballots will be diverted to a special bin and the ballots will be examined by an election official.

The first ballot mailed in is the one that’s counted. King County Elections said it’s not a big problem, and that most people don’t try and send in two ballots.