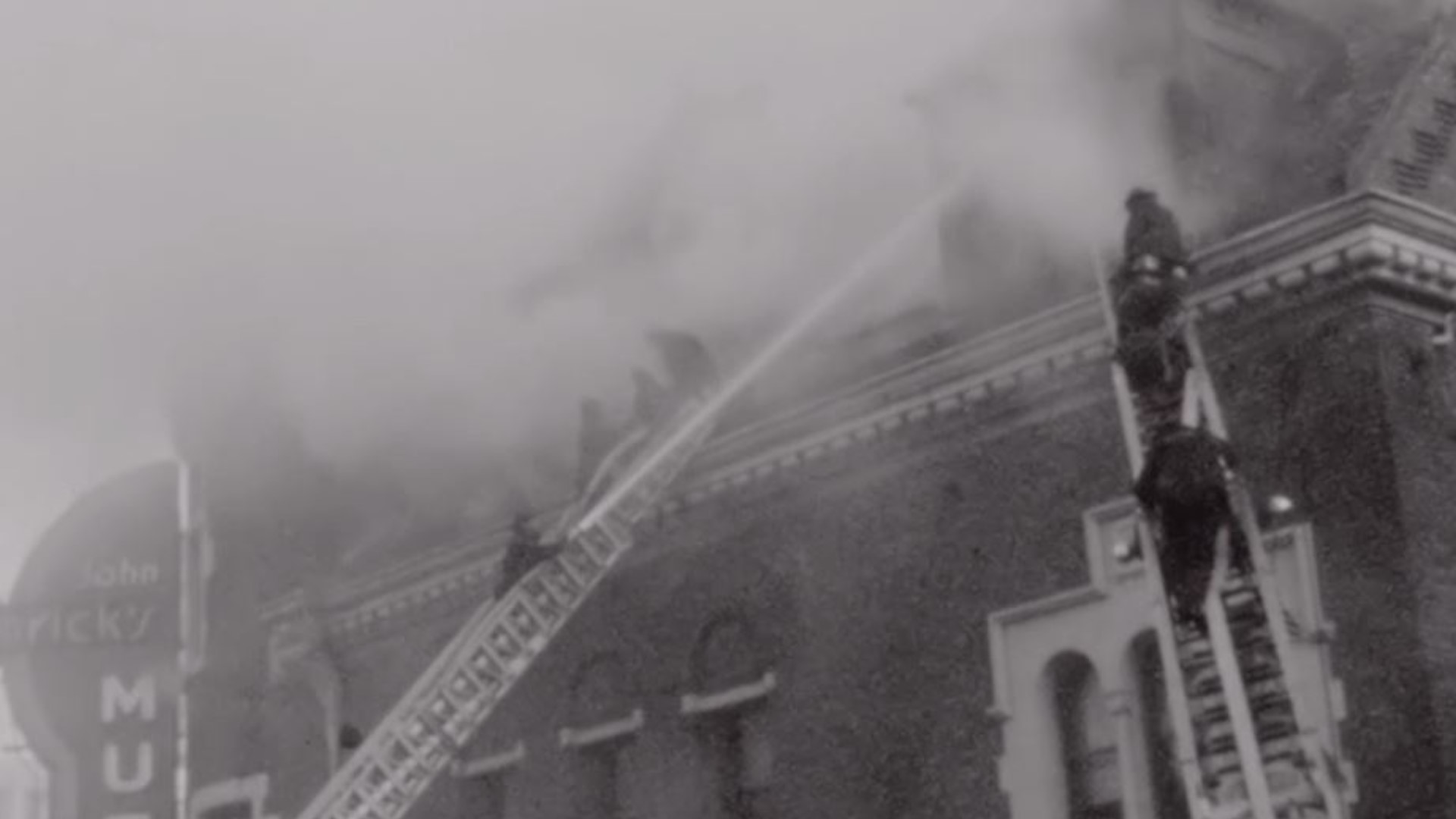 TACOMA, Wash — On May 30 1963, fire claimed one of Tacoma's oldest and grandest structures.

“On some level I think everybody felt like wow this was a gut shot,” says historian Michael Sullivan.

The fire broke out at the Music Box during a matinee screening of Alfred Hitchcock's The Birds.

“There was an old bearing and a fan in an old projector room that caught fire,” says University of Washington-Tacoma historian Kim Davenport, “and it was so high in the building it spread to everything under the rooftop before there was anyway the firefighters could get to it.”

Moviegoers got out safely only to witness a smoking spectacle from the sidewalk: history going up in flames. It was an event all captured on film preserved by retired Tacoma firefighter Matt Holm who contacted Tacoma Home Movies filmmaker Mick Flaan after seeing a story about his restoration of home movies on KING 5 Evening.

“And he said “I got something that you're really gonna enjoy seeing,” says Flaan.

Before it was the Music Box the building was originally called the Tacoma Theater. Built in 1890 as an opera house, all that remains today is a single stone wall, and the stories historian Davenport has discovered.

“I've come to think of this as like the Tacoma Dome of a previous century,” says Davenport. “One day there would be a world class actor or musician, the next day would be a political convention. Sarah Bernhardt was one of the most famous actresses of the day. Mark Twain was on the stage. Harry Houdini was on the stage."

Credit: KING TV
UW-Tacoma historian Kim Davenport walks by the only remaining wall of the Tacoma Theater, which was called the Music Box at the time of 1963 fire.

Bordered by the Rialto on one side and the Pantages on the other, Tacoma's theater district had been one of the busiest on the west coast. Until times changed and all three screened movies to smaller and smaller audiences.

“The building came at the very beginning of there being a downtown and a city,” says Sullivan. “And it was destroyed at the point where the city probably came closest to being erased. Where it was over.”

Tacoma's theater district is again facing hard times but if this city is resilient enough to bounce back from such a devastating fire it surely has the grit to rise again.

Flaaen is considering projecting the video on the old theater wall. In the meantime, you can see a short cut of the video here.