Pike Place Market holds our hearts: How it started, where it's going

From 1907 to the present, the gem of Seattle has delighted and served locals and tourists alike. Historian Feliks Banel takes us on a journey through time. #newdaynw 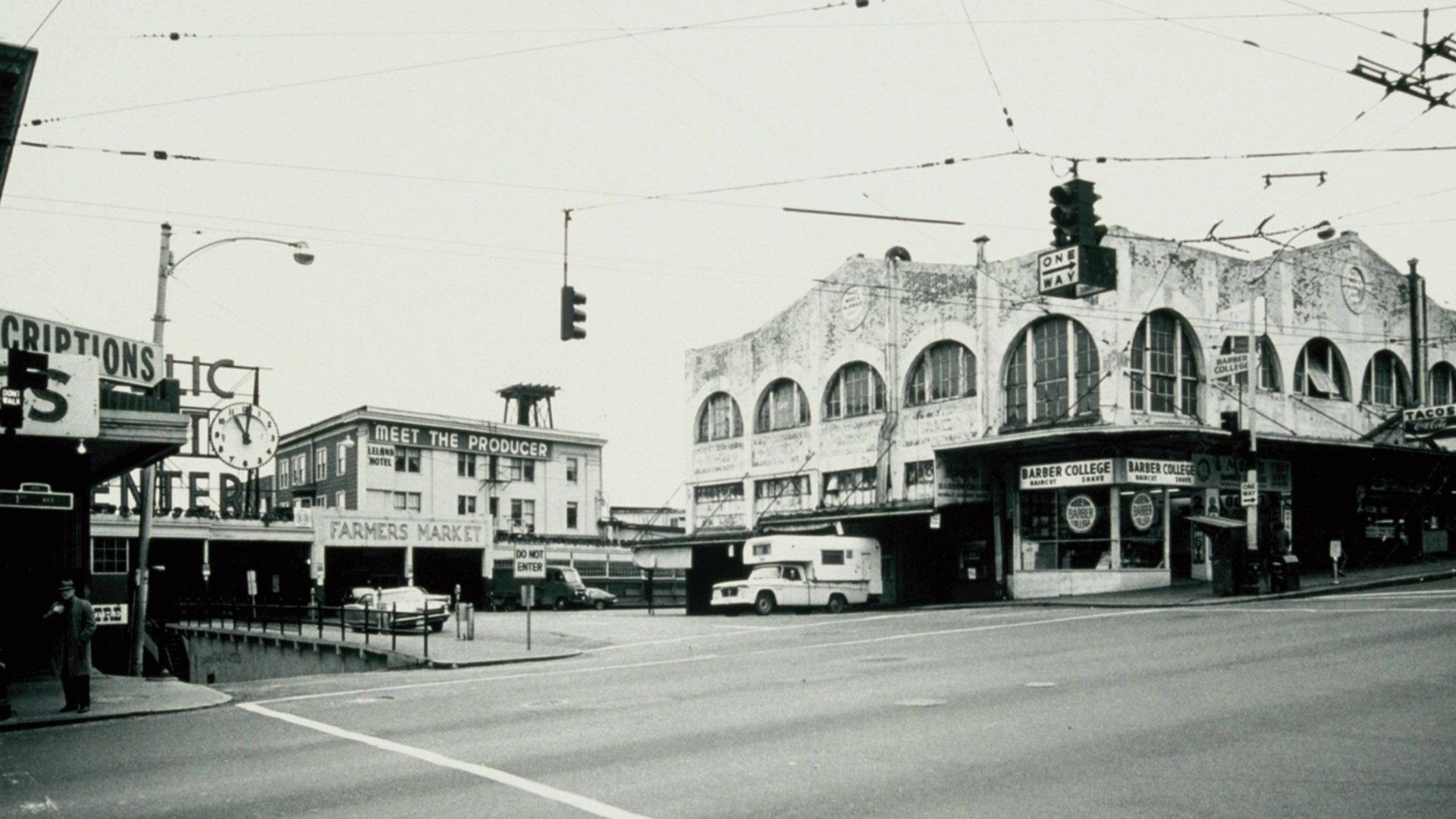 SEATTLE — Pike Place Market got its start over a century ago -- but even Seattleites aren't too familiar with its history. Historian Feliks Banel takes us on a journey through the decades.

According to Banel, the Market gradually became the heart and soul of the city. Even though it was threatened with destruction, it still draws a rare mix of tourists and locals and still features an unusual balance of fancy and rough places.

Founded in 1907 by a city council member who wanted to help eliminate the middle man and reduce prices for consumers, the Market began modestly with just wagons. Buildings came in the teens, and by 1922 the Market looked essentially as it does now.

The iconic neon sign was installed in 1937. The dark period came during World War II when Japanese farmers who sold at the market, were incarcerated and spaces were empty. Other farmers tried to fill in but it wasn't the same.

Threatened with "urban renewal" in the early 1960s the market was saved by preservationists in the early 1970s. A public vote in November 1971 meant the market would not be torn down for a parking lot. The first Starbucks opened in 1971 and Rachel the piggy bank arrived in 1986.

The big Centennial celebration happened in 2007 and in 2017 we saw the grand opening of the Market front stairs. The closure and removal of the viaduct in 2018-2019 heralded a new plan for the Market that is ongoing today.