Four Oregonians were on board, along with a dozen other passengers heading to Oregon. 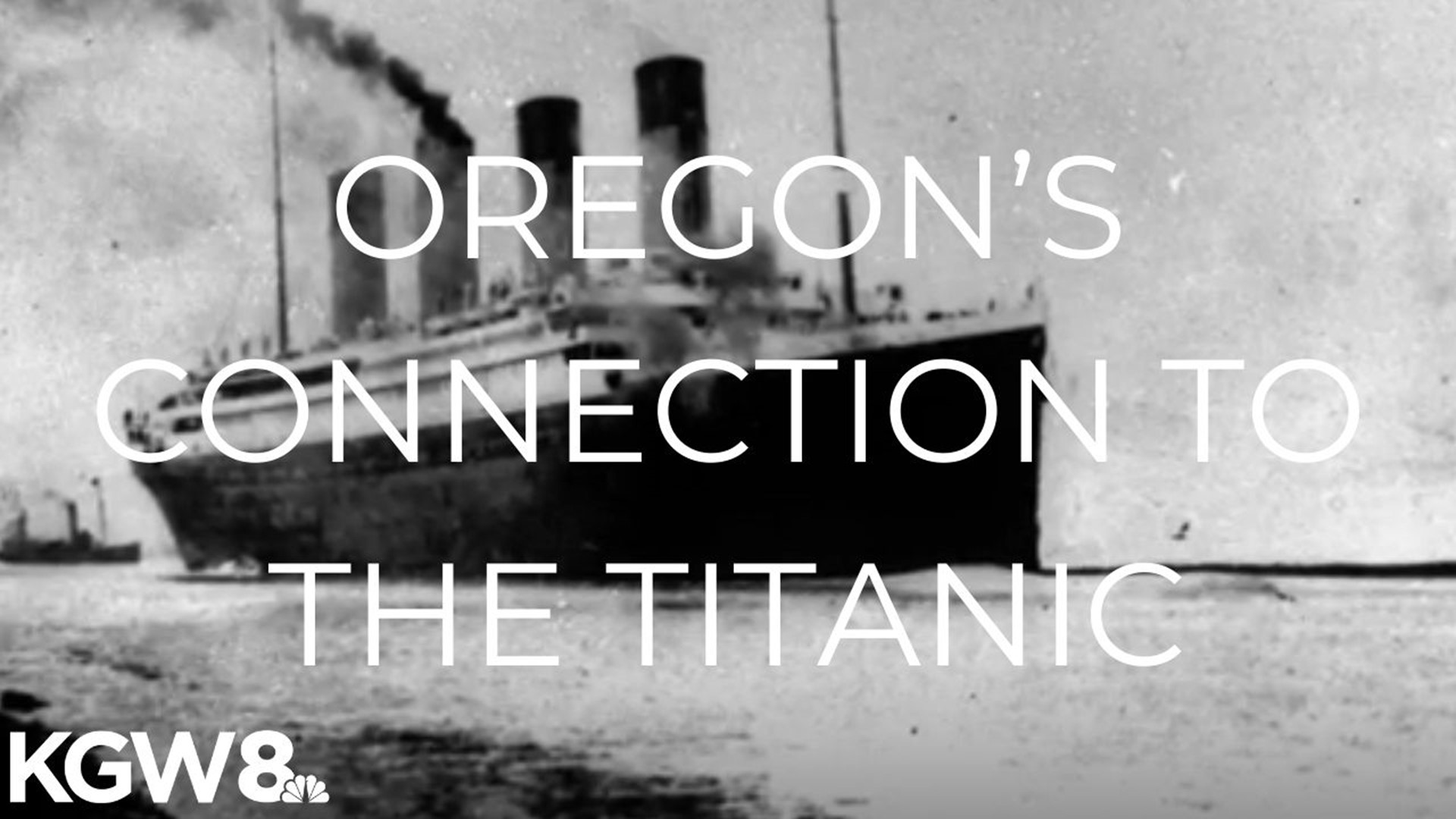 PORTLAND, Ore. — The RMS Titanic sank to the bottom of the Atlantic Ocean 108 years ago this week in perhaps the most famous disaster of the 20th century.

Oregon’s connections to the tragedy aren’t as well known.

Though the ship’s destination was New York, Titanic fever was alive on the other side of the country in Portland.

Before its maiden voyage in April 1912, The Oregonian ran ads for the Titanic. They touted summer trips from New York on “the largest steamers in the world,” which included the RMS Olympic, a White Star Line sister ship to the Titanic.

The size of the ship was a big talker. The Oregonian printed a diagram showing the 882-foot long Titanic stretching across the heart of Portland’s business district.

Four passengers from Oregon bought tickets for the ship’s maiden voyage, and a dozen other passengers were heading to the Beaver state, according to records from Encyclopedia Titanica. Many of them were immigrants from Europe riding in third class.

A SOUVENIR OF ICE

The most well-known Oregonians on board the Titanic were Frank and Anna Warren, a couple in their 60s in first class.

Frank founded the Warren Packing Co., a fish canning business. He had a salmon fishery in the Columbia River Gorge in a spot that would later become the town of Warrendale, named after him.

Anna was a native of Oregon City and a former teacher at St. Helen’s Hall in Portland, which later became Oregon Episcopal School.

The Oregonian ran a blurb on April 14, 1912, about the couple returning home on the Titanic after vacationing in Europe and Egypt for their 40th anniversary.

Late that same night, disaster hit. The Titanic struck an iceberg and started to sink in the north Atlantic.

Anna told the Oregonian that she heard a grinding noise from their room. Her husband went to see what happened and came back holding a big piece of ice. He said it was given to him as a “souvenir.”

After a lot of assurances from the crew that everything was alright, they eventually made their way out to the deck with other passengers.

Anna was led to a lifeboat. She thought Frank was right behind her, but instead, he was helping other women climb inside. That was the last time she saw him.

She survived and returned to Oregon. His body was never found.

Many other Oregon-bound passengers also died, mostly those in the third class. In fact, only about a quarter of passengers in steerage survived.

Every member of a Finish family trying to get to Oregon died, including a toddler.

Helena Rosblom was traveling with her 18-year-old son Viktor and two-year-old daughter Salli to join her husband in Seaside, Oregon. They all perished when the ship went down.

A family of Danish immigrants traveling to Portland had a similar fate.

Niels Jensen, a carpenter who had previously lived in Portland, boarded the Titanic with his nephew, niece and her fiancé. Nineteen-year-old Carla Jensen got on one of the last lifeboats. She was the only member of her family to survive.

After being rescued, Carla traveled back to Denmark and reportedly never left the country again. She died in 1980 and asked to be buried in the nightgown she wore on the Titanic the night it sunk.

‘IT WAS TERRIBLE AND IS TERRIBLE’

Second class passenger Marion Wright was another Oregon-bound survivor. She was traveling alone to get married to a fruit farmer in Cottage Grove.

She met her fiancé Arthur Woolcott in England before he went to America for work in 1907. The two kept in touch and decided to get married in Oregon, so she bought a ticket on the Titanic.

Like the Warrens, Marion was initially told there was no danger after the ship hit the iceberg. As the situation got more dire, another passenger named Alfred Pain helped her find a lifeboat. He died in the sinking.

Marion claimed she was able to hear the band play “Nearer My God to Thee” as the ship went down.

After being rescued, she wrote a letter to her father while onboard the RMS Carpathia. Of the sinking, she wrote, “It was terrible and is terrible and I don’t think I’ll ever forget it.”

After arriving in New York, Marion made her way to Oregon and met up with Arthur. They were married for 53 years and are buried in a cemetery in Cottage Grove.

The Oregonian got word overnight that the ship was sinking. The newspaper’s morning edition on April 15, 1912, included the front-page headline “Steamer Titanic Hits an Iceberg.” The story included details about the ship calling for help and reports about how large the icebergs are in the north Atlantic.

The next day, the Oregonian ran pages and pages full of stories about the sinking, with one headline declaring “Titanic Loss Greatest of All Disasters.”

The Daily Capital Journal, which was based in Salem, ran a massive boldface headline saying “Nearly 1,500 Go Down to Death with Titanic” on April 16. The same day, the East Oregonian declared “United States and England Staggered by Worst Marine Disaster in History of World.”

Oregon newspapers spent days and weeks reporting on the disaster. On April 17, the Oregon City Morning Enterprise ran a story about Anna Warren’s rescue, with the headline “Portland Woman Among the Saved.”

On April 27, the Oregonian published an interview with Warren about her experience, in which she talked about her husband being handed a piece of ice and initially believing he was safe aboard her lifeboat.

Do you have an idea for the KGW Vault? Let us know by emailing thestory@kgw.com or using #HeyDan on Twitter.