An Eastern Washington ghost town has three residents, and one of them wants to keep it that way. #k5evening 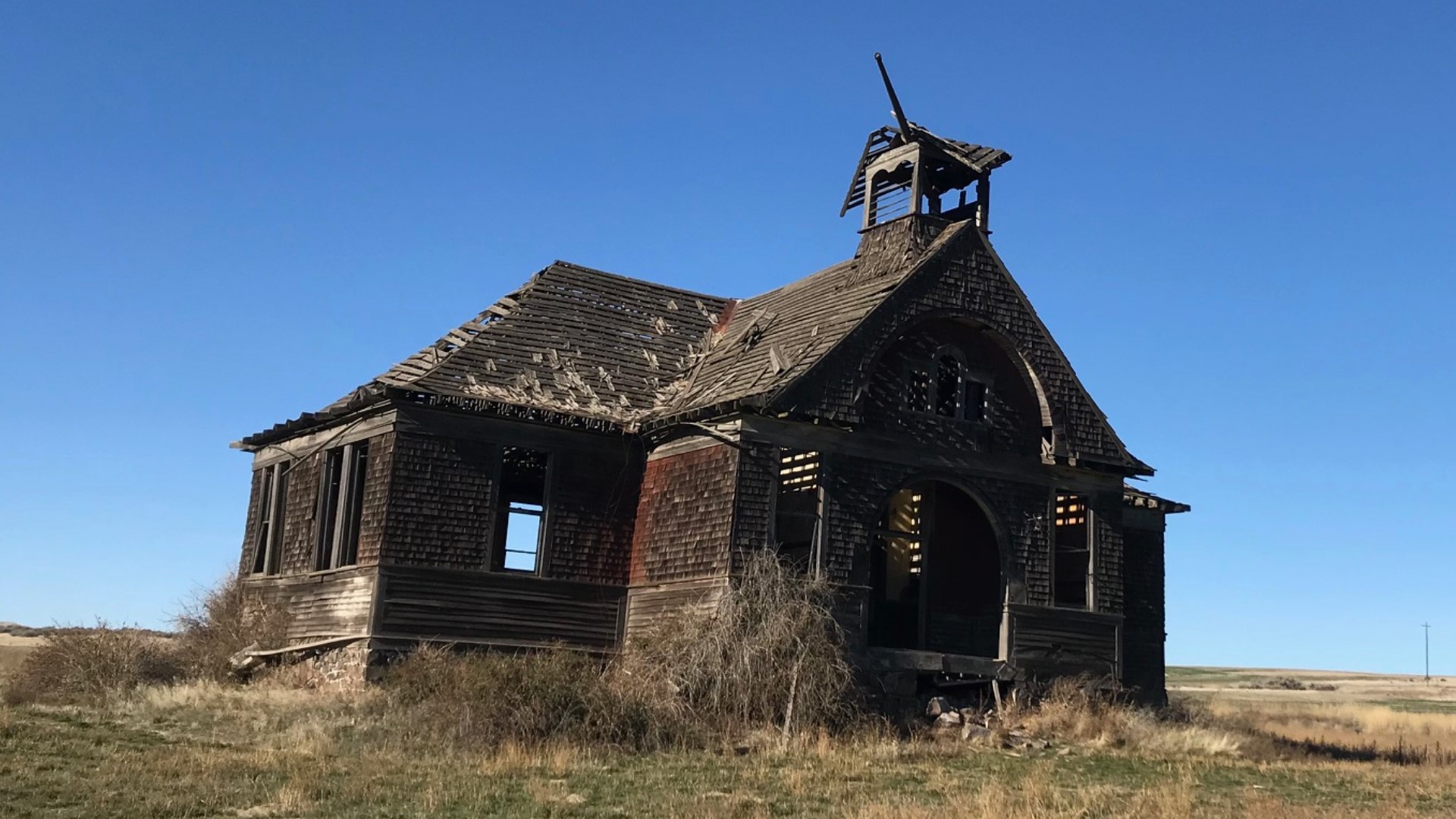 GOVAN, Wash. — The bell stopped ringing at the Govan School long ago. But this 1905 schoolhouse still stands – almost all that remains of Govan, Washington.

Govan was a railroad town. Grain still gets shipped from this spot. But the hundreds who lived here are gone. Today Govan's population is three.

Sullivan and his wife Katy are two-thirds of it. Life in a ghost town requires a certain self sufficiency:

"On my tractor I put Govan Street Department on it ‘cuz we plow our own road," Sullivan said.

It also helps to have a sense of humor about potential hauntings.

"No, I've never seen a ghost. But then I go to bed at 9 o'clock so the ghosts might not be up yet," Sullivan said.

Some think Govan's ghosts are nothing to joke about – this place has been the site of several unsolved murders.

In 1902, Judge J.A. Lewis and his wife were found bludgeoned to death in their home.

And in 1941, a woman was found murdered on her farm. Her son went missing at the same time, and his body was found in these fields eight years later.

But what finally took Govan off the map was fire.

"There was two fires that came through here," Sullivan said. "The last one was in '74. And nobody rebuilt after that."

The schoolhouse closed in the 1940's, but it still gets visitors.

"Oh yeah, there's a lot of people that come by here," Sullivan said.

Photographers love the lines and curves of the old building. And fans of abandoned places come to soak up the spooky vibes.

Some visitors maybe even add some of their own trinkets. A small shrine, complete with candles and a box full of keepsakes, was in the schoolhouse when KING 5 Evening visited. Sullivan said that everyone from thrill-seekers to students doing senior portraits come to the decaying building.

The steeple toppled over just this year, and it won't be too long until all signs that there was a town here are gone.

Despite the desolation, Sullivan loves Govan.

And he wants to keep it that way.

"If you wanna check it out okay, but don't move in," Sullivan said. "You wouldn't like it out here."