Diving "700 Feet Down" to the remains of a Tacoma legend

The story of the 1940 Tacoma Narrows Bridge collapse is a lesson to not skim expenses. A new documentary tells the tale. #newdaynw 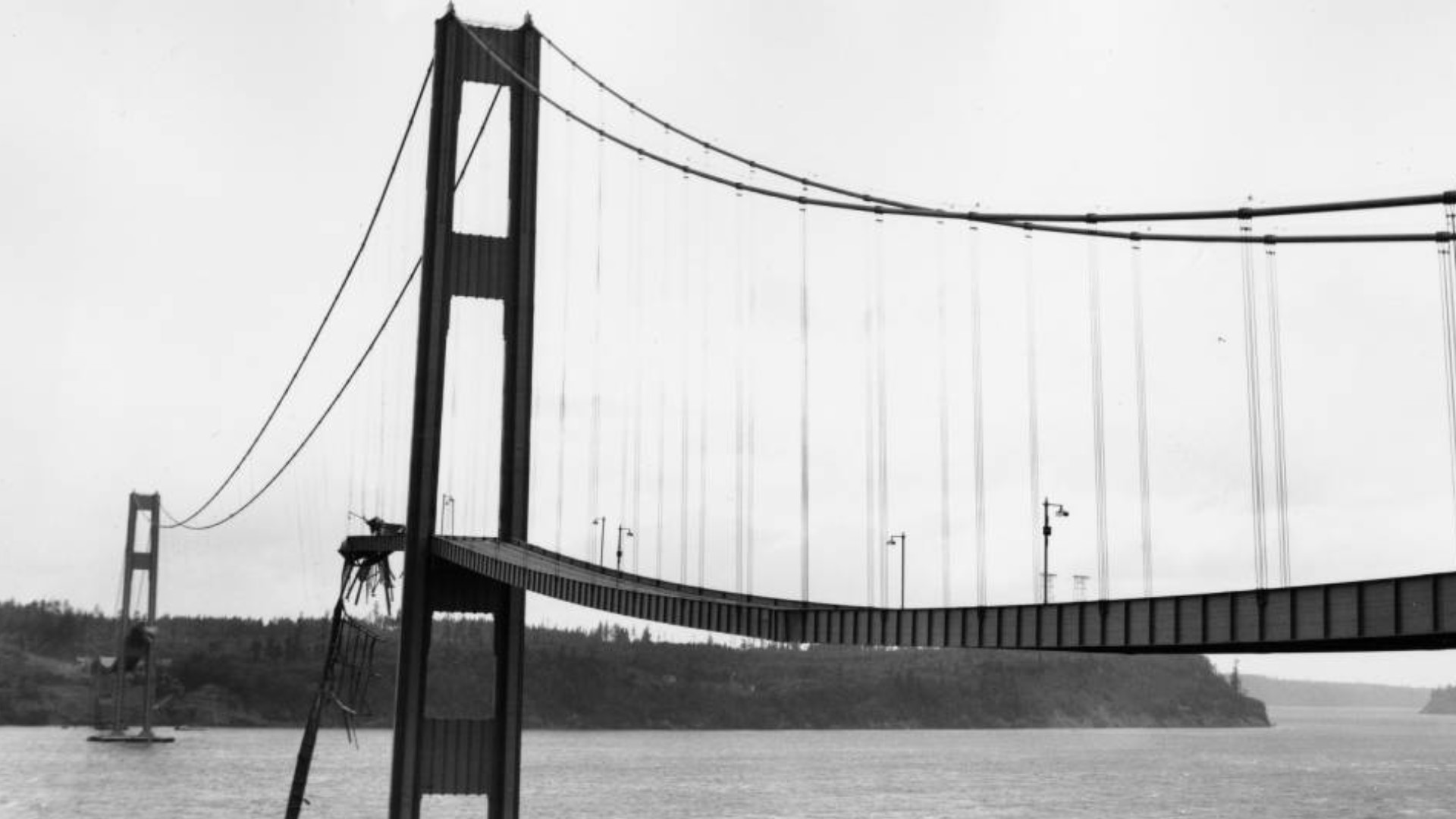 TACOMA, Wash. — Peter Bortel has been diving under the Tacoma bridge for 30 years. He always wondered what he might find below the surface at 228 feet. This curiosity led him and Producer Carly Vester to make the documentary 700 Feet Down.  It's the story of the fall of the Tacoma Narrows Bridge on November 7, 1940, otherwise known as Galloping Gertie.

Producing the documentary was a tactical challenge. "The Tacoma Narrows is notorious for the high winds and difficult currents that go through it. We had to plan it around slack time in the afternoon so that our divers could safely descend down to the depths of Galloping Gertie," explained Carly.

In 1940 when you drove across the Tacoma Narrows Bridge you often could not see the car ahead of you. "A lot of times the car would be a couple of hundred feet and you would be lower, they'd be higher, you'd lookout, and all you would see is the bridge deck at eye level," said Peter.

Miraculously, authorities closed the bridge two hours before it collapsed due to the strong winds, resulting in only one life lost. There was one car left on the bridge and they were unable to coax Tubby the dog, Tubby out of it.

"The lesson is not to skimp when you're building a bridge," said Peter. "The original goal was a $13MM bridge and it was built for $8MM the insurance money was stolen and the bridge fell. It's quite a great history and all of that is part of our movie … Don't mess when there's lives at stake. Don't mess with expenses."

The filmmakers hope to screen "700 Feet Down" on the anniversary. Keep an eye on their website for more information.