The depression-era home was built by hand using stones gathered from Alki Beach. 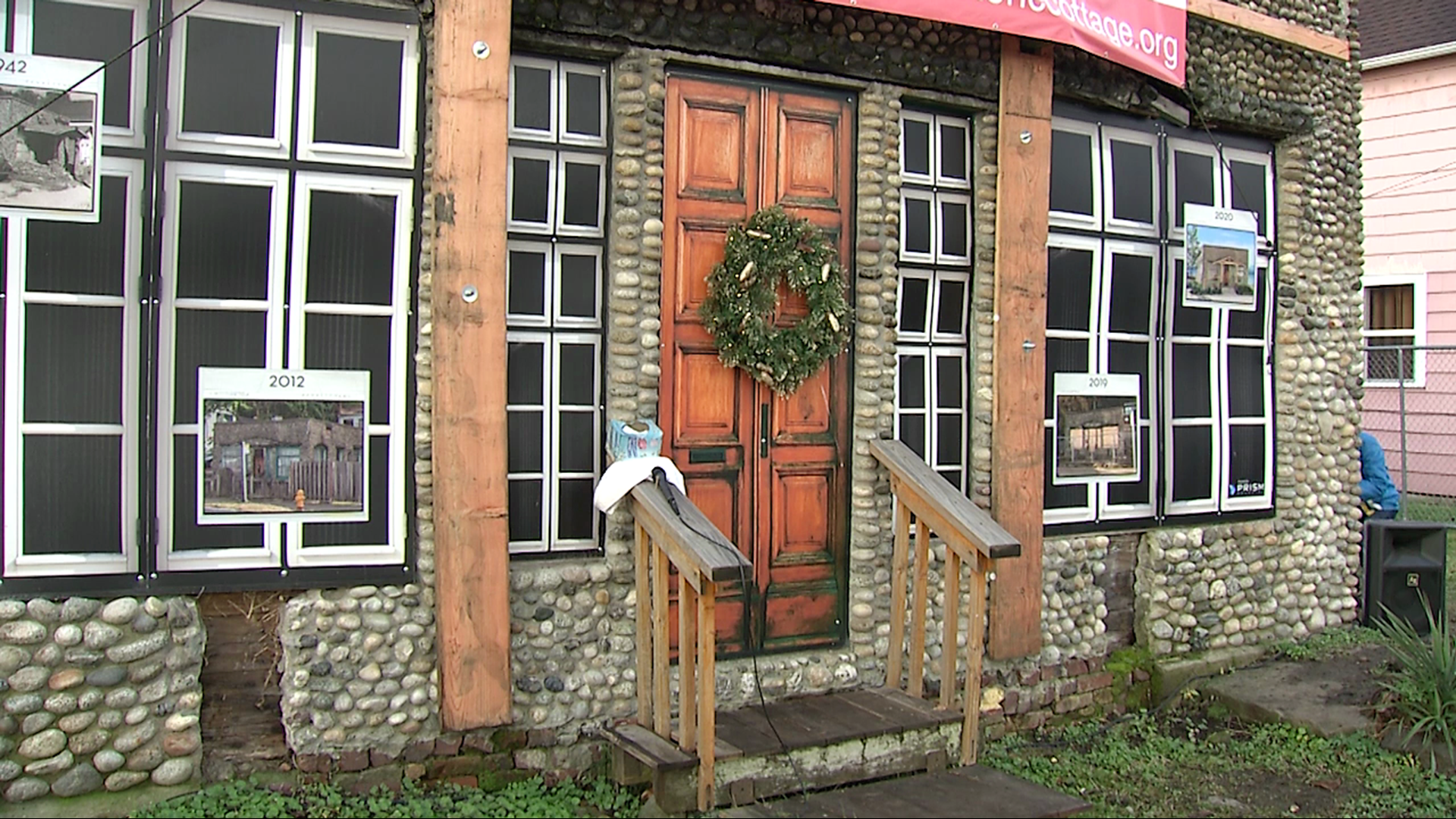 SEATTLE — Walls of stone serve as silent observers, embracing a home filled with generations of stories.

Neighbors of the quirky cottage along West Seattle's Harbor Avenue are fighting to preserve those stories for generations to come.

Community activist Tom Rasmussen said, "The reality is we have to act soon.  Time and gravity are not on the side of this building."

A woman named Eva Falk lived in this unique home for most of the last century, until her death at the age of 92 in 1997. Falk and her mother built the structure during the Great Depression, with some help from jobless men.

"She would house them and feed them, and they would help her put the rocks on the building," said local preservationist John Bennett.

From all accounts, Falk was a remarkable woman.

"She was in a cult, a religious cult in Ballard, for a while," Bennett said. "She married a strongman in the circus who was reportedly able to bend horseshoes with his teeth."

Muñoz is Eva and 'strongman' Emil Firpo's daughter. As a little girl, she helped fetch the beach stones that line the building's entire exterior.

"We walked around Alki, the two miles past the lighthouse, to pick up the stones," she said, "I was told to either pick up black rocks only or white, for the trim."

Credit: KING-TV
A single heart-shaped stone can be found among the 15,000 beach stones that encircle the home.

Neighbor Ken Workman, a descendent of Chief Seattle, says the home's wood and stone forever hold the spirit of the Duwamish.

"These rocks right here were gathered from the beach," Workman said. "Inside the house, one of the supporting walls, are massive cedar timbers that were hand-split and hand-hewn."

Workman says the trees and rocks in the area are imprinted with the souls of his ancestors.

"And so, from a native perspective, this is home," he said.

But the property is slated for condo development, so the building has to move.

Deb Barker, who helped form the 'Save the Stone Cottage' group of local residents, said, "This little stone cottage is going to be lifted onto a truck."

Bennett added, "We're going to eventually shrink-wrap it to try and hold it together. And I'm real confident we're going to be able to move it without breaking it."

The little stone cottage will be parked nearby until it can find a permanent home, a place where it can tell its stories for centuries to come.

Bennett said, "This needs to be saved."

People interested in supporting the preservation effort can visit the 'Save the Stone Cottage' website, where the group has posted details about their 'Story Stones Contests' and other fundraising activities.