Friends of Historic Belltown wants the pink elephant car wash sign to be considered a landmark and kept where it has been for more than 60 years. 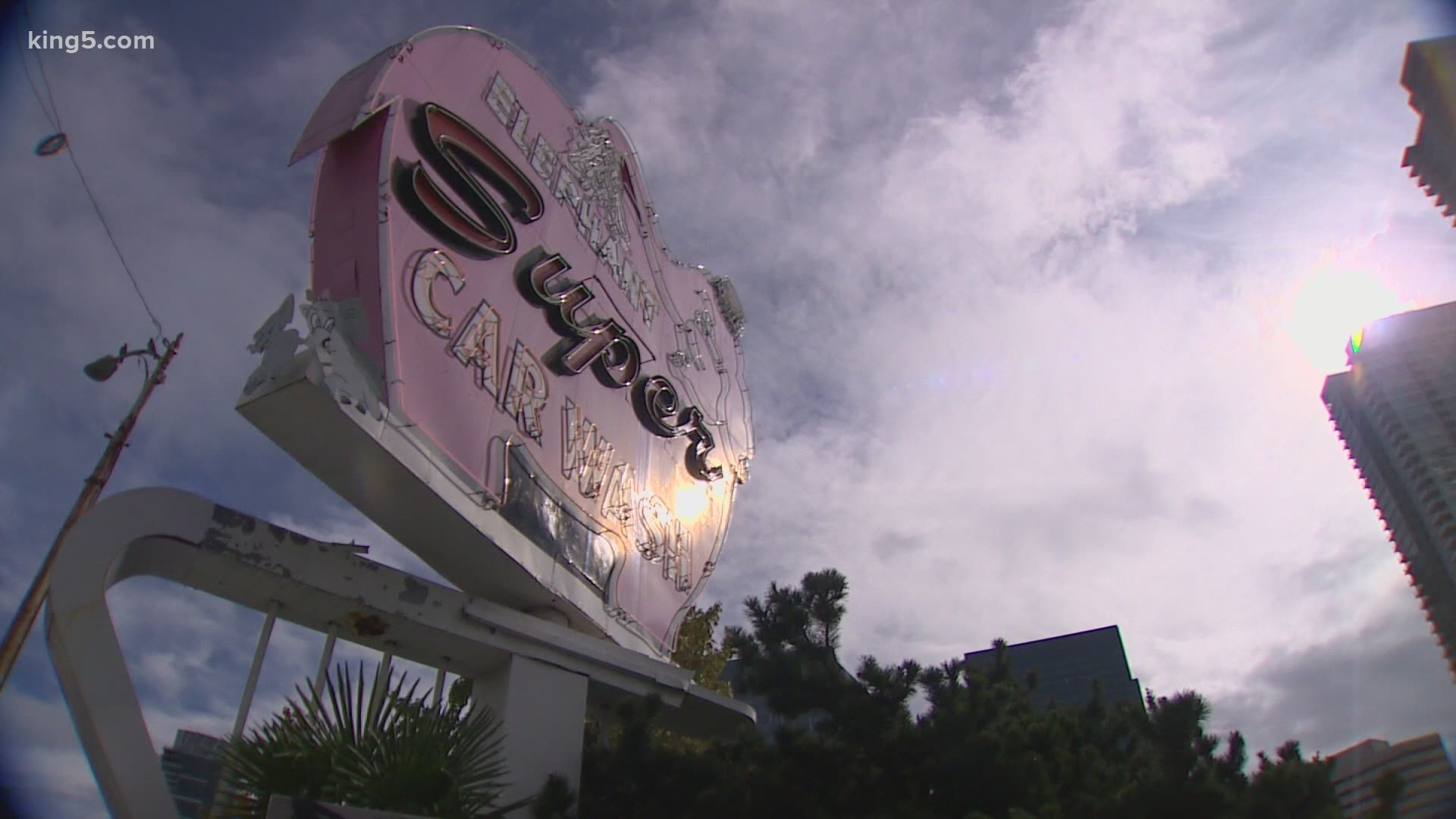 SEATTLE — Friends of Historic Belltown is requesting that Seattle city officials study whether the iconic Elephant Super Car Wash sign that has existed for 64 years can be kept in its original location, instead of moved to a museum.

"Friends of Historic Belltown asserts that the Elephant Car Wash sign exceeds the landmark designation thresholds," the group wrote in a letter to the Seattle Department of Construction and Inspections.

The preservation group wants the sign to be nominated as a landmark to the Landmarks Board before the city issues a permit that would allow the sign to be moved to the Museum of History and Industry.

The city issued a statement on Thursday that consideration of landmark status is separate from the demolition permitting process, but that members of the public can nominate the sign for landmark status. The landmarks application is available on the Department of Neighborhoods website.

The company said in a statement released Thursday that "we have determined that it is impossible for a small, minimum wage-based business such as ours to successfully operate within Seattle, even one that [has] been established since 1956."

The pink Elephant Car Wash sign was designed by Seattle's Beatrice Haverfield in 1956, and from there she gave birth to imagery that has become part of Seattle's history. 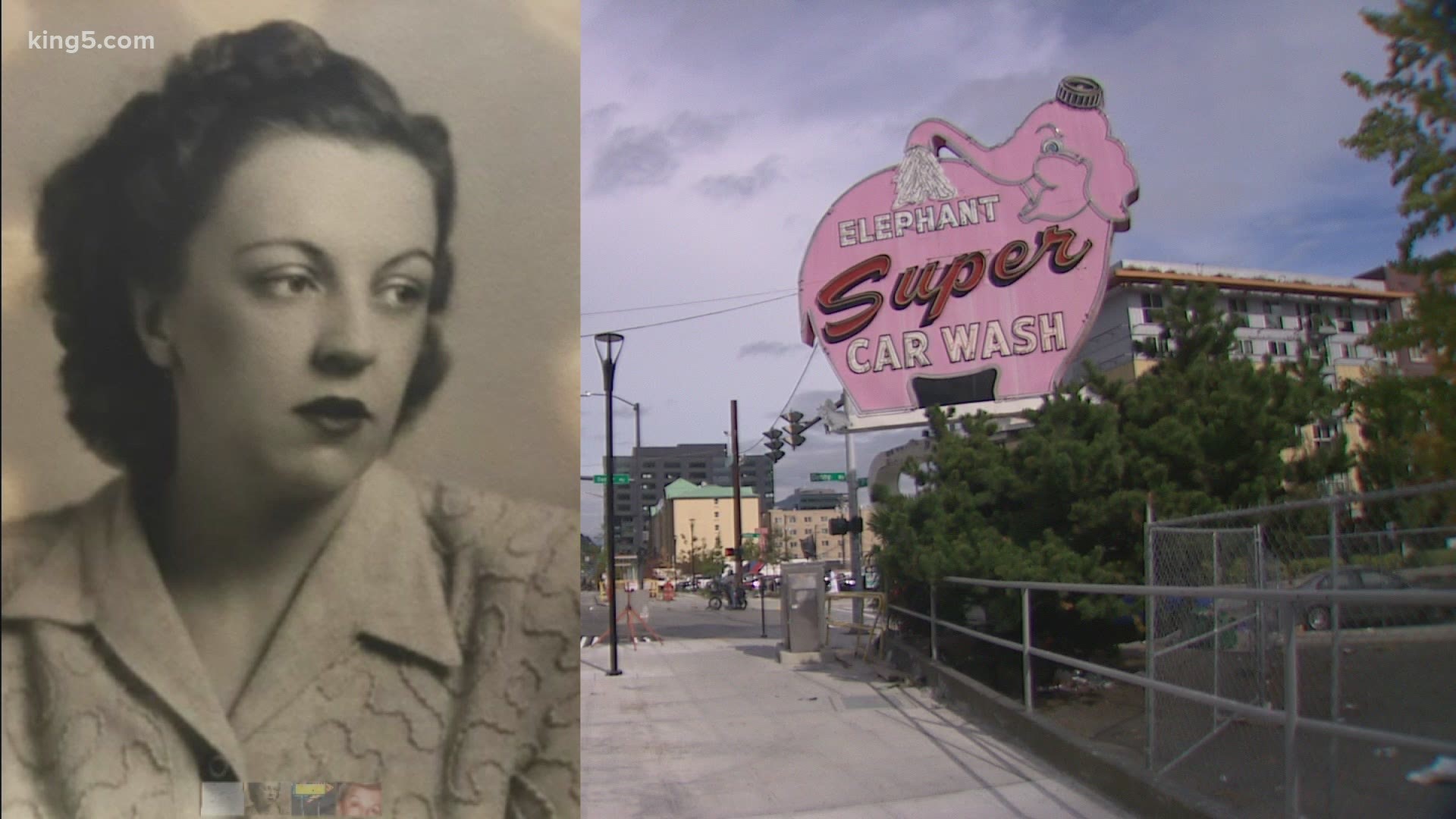