A former church demolished to make way for affordable housing in Seattle held some historic relics. 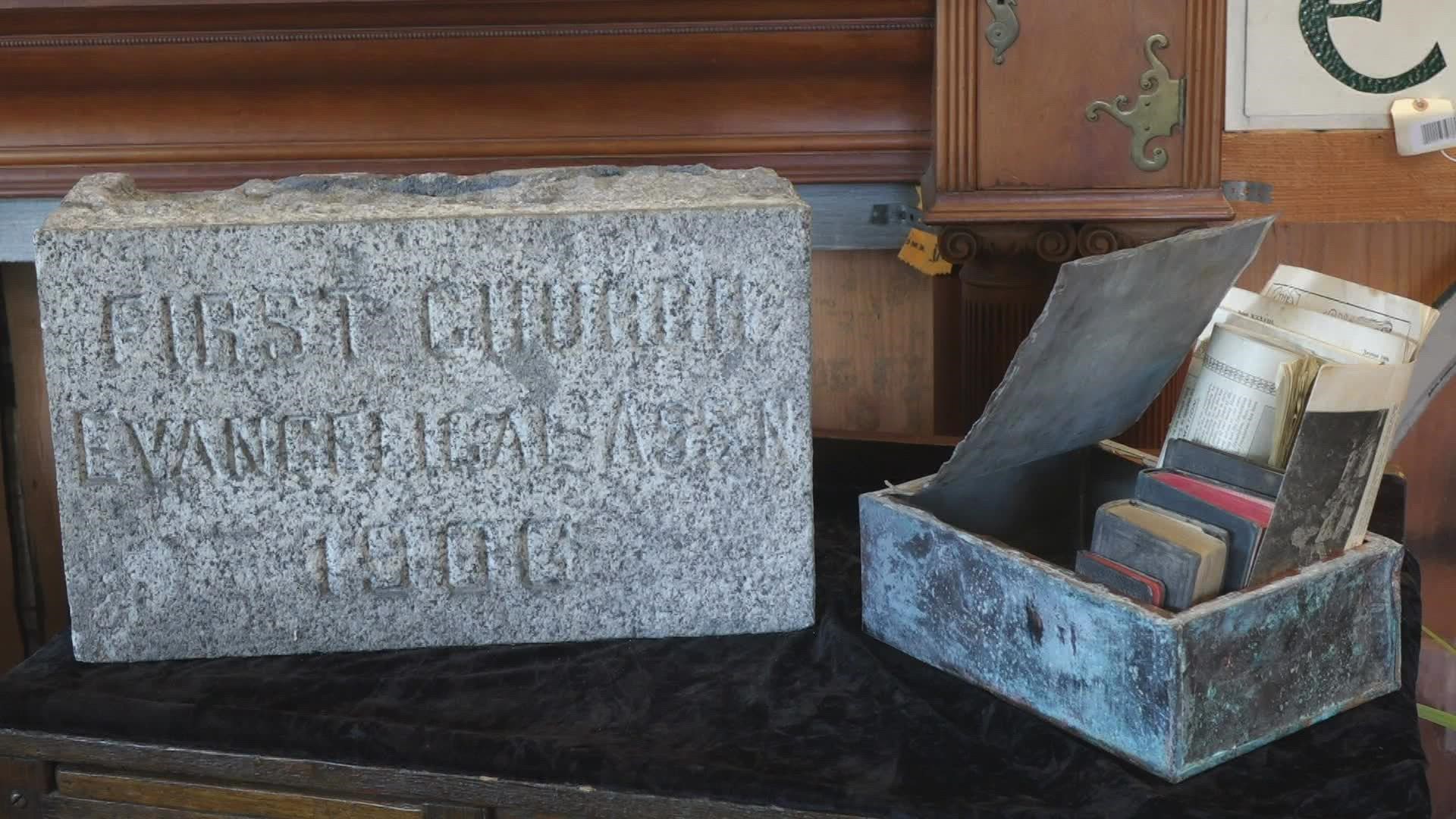 SEATTLE — A time capsule has been discovered after it was hidden inside a Seattle church 115 years ago.

The German Evangelical Church was established in 1891 in the Queen Anne neighborhood. By 1906, the building was replaced by what was called the “Evangelical Auditorium.”

It was a church until the 1960s, and then it was mostly vacant until the 1970s when it was renovated and used as a counseling center.

The building was demolished to make way for affordable housing in Seattle. Fortunately, Earthwise Architectural Salvage rescued the historic stained glass and many other interior fixtures. The hidden time capsule discovery was an exciting find and a first of its kind for the salvage crew.

Aaron Blanchard, the director of operations at Earthwise, said many older government buildings and churches would include a time capsule of some sort behind their cornerstone during construction. Tradition is to extract the capsule after 100 years and celebrate with ceremony.

“This church situation is unique because, usually, time capsules are tracked and archived but this building changed hands several times and it just wasn’t on anyone's radar," Blanchard said.

Upon removing the cornerstone, they discovered a metallic box that was sealed for 115 years.

The time capsule contained mostly literature from 1906, much in German. Publications like the Evangelical Messenger were included. Several newspapers from Cleveland, Ohio — home to the headquarters of the Evangelical Association. A handwritten letter signed by a bishop details the founding of the church and a booklet of financial information includes church donations from Seattleites.

“We reached out to several historical societies so that these items can be on display for generations to come," Blanchard said.