The weed can choke out natural vegetation and fish habitat, and make rowing, boating and swimming dangerous. 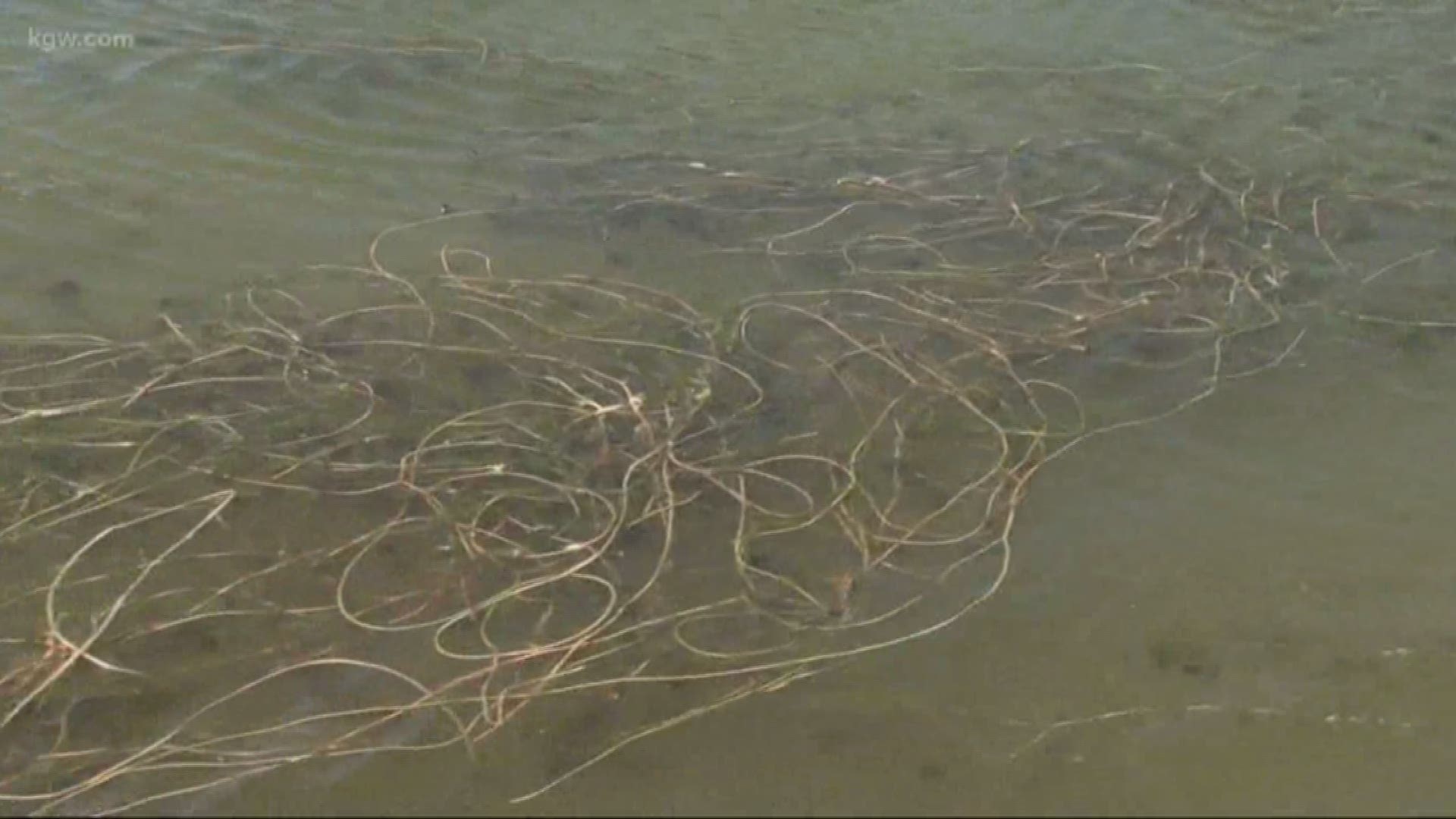 VANCOUVER, Wash. — A potentially devastating weed is spreading quickly through Vancouver Lake and the people fighting to save the lake just scored a big win.

The state of Washington has approved a reduced-risk herbicide to get rid of it.

Three years ago Philip Parshley, who grew up boating on Vancouver Lake, noticed something was wrong.

An invasive aquatic weed called milfoil had sprung up in the lake. Today, it covers close to a quarter of it.

"Now it's encroaching on the entire lake," Parshley said.

The weed is a big problem in that it is extremely difficult to get rid of. It can choke out natural vegetation and fish habitat, and make rowing, boating and swimming dangerous.

"The projection was two to three years and the lake would be entirely unusable for boating and dangerous for swimming," said Parshley.

The state recently approved a permit allowing the Friends of Vancouver Lake to use the herbicide, called ProcellaCOR, to get rid of the milfoil.

"A lot of the other herbicides that have been used before are toxic, not good for fish wildlife people, but ProcellaCOR is actually safe for humans fish wildlife," Parshley said.

Still, some like paddler Corky Lai worry an herbicide may not be the right answer.

"I think the solution is to open up the viaduct and get more seawater in here and let this circulate," she said. "And have a natural solution to it."

Friends of Vancouver Lake feel an herbicide is the only way they have to save the lake now so those more natural solutions can be implemented in the future.

The herbicide is scheduled to be applied in mid-July.