Look out apples, Washington may become a grape state

The wine industry's explosive growth is having a sizable economic impact 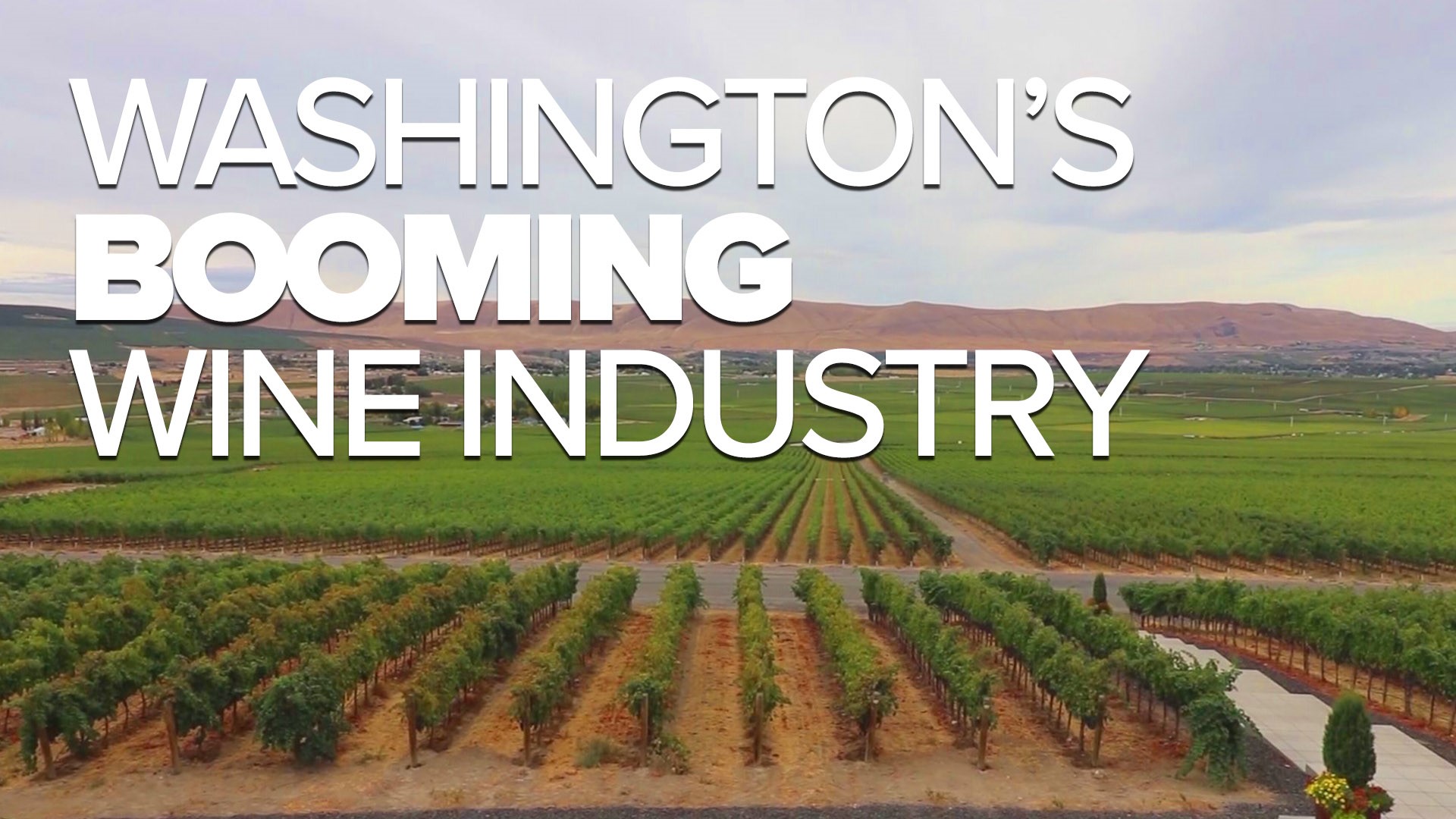 SEATTLE — In a state that's historically been known for its apples, another crop appears to be challenging that long-standing distinction: Grapes. More specifically, wine.

"I think we already are a grape state," said Steve Warner, president of the Washington State Wine Association.

Warner points out that wine now makes up around a $7 billion economic impact every year in the state. That is now almost on par with the apple industry.

"We can stand toe to toe with the greats in the world now," he said.

As grape growers in central and eastern Washington pull their last grapes of the year, the state Liquor and Cannabis Board recently licensed its 1,000th winery. A milestone highlighting continued years of explosive growth since wine was first commercially produced in the state in the 1960s.

Today, there are more than 59,000 acres devoted to grapes, with many more acres being repurposed or expanded for additional supply. That includes apple orchards.

Warner expects another 150,000 acres to be planted in the coming decades. For perspective, there are around 175,000 acres of apple orchards according to the Washington State Department of Agriculture.

Washington is now the second leading producer of wine in the U.S. behind California which still dominates the industry in all areas. Last year, California wine made up about $57 billion worth of economic impact with more than 3,500 wineries in operation. But when it comes to quality, there is no question Washington is a strong competitor.

"We make some of the world's best Syrahs. Nobody will argue with that now," Warner said. "But while one of our great strengths is our diversity, it's also one of our greatest challenges." 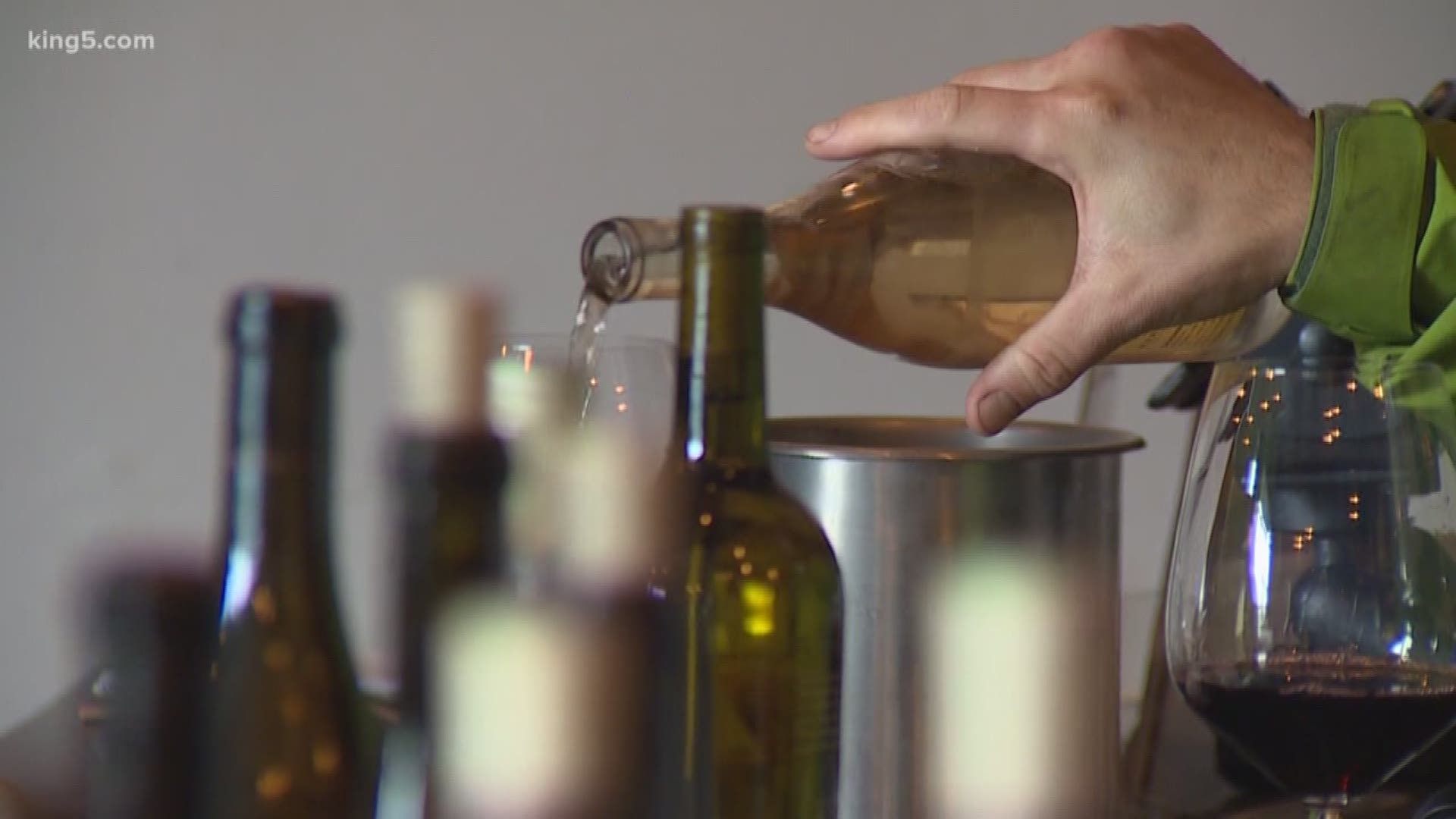 Though the quality of the fruit is at the heart of what makes Washington wine so competitive, the industry is still working out what it wants to be.

The top five varieties continue to be Cabernet Sauvignon, Chardonnay, Riesling, Merlot, and Syrah. But newer regions are proving to be perfect for other varieties too like Grenache, Mourvedre, and Viognier. The rocky, rich soil and hot, dry growing conditions are still being explored in ways that leave winemakers salivating for what's next.

And while the majority of wine production is most common in the areas where the grapes are grown, areas in western Washington like Woodinville and Seattle area emerging as major players in the retail market.

In Woodinville, home of Chateau Ste. Michelle, Washington's largest wine producer, the number of tasting rooms has exploded to more than 100 and growing.

Washington wines continue to find its way into some of the world's most reputable publications and gaining high marks for quality. Robert Parker's Wine Advocate, one of the most influential wine publications in the world, recently awarded two 100-point ratings to Washington State's family-owned Quilceda Creek Winery.

That's the highest possible score available. And another sign Warner believes the future is bright.

"It's a super exciting time right now," he said. "And the best is yet to come."