The kits are a way for researchers to learn more about how behaviors, lifestyle and genetics play a role in a person's risk for cancer. 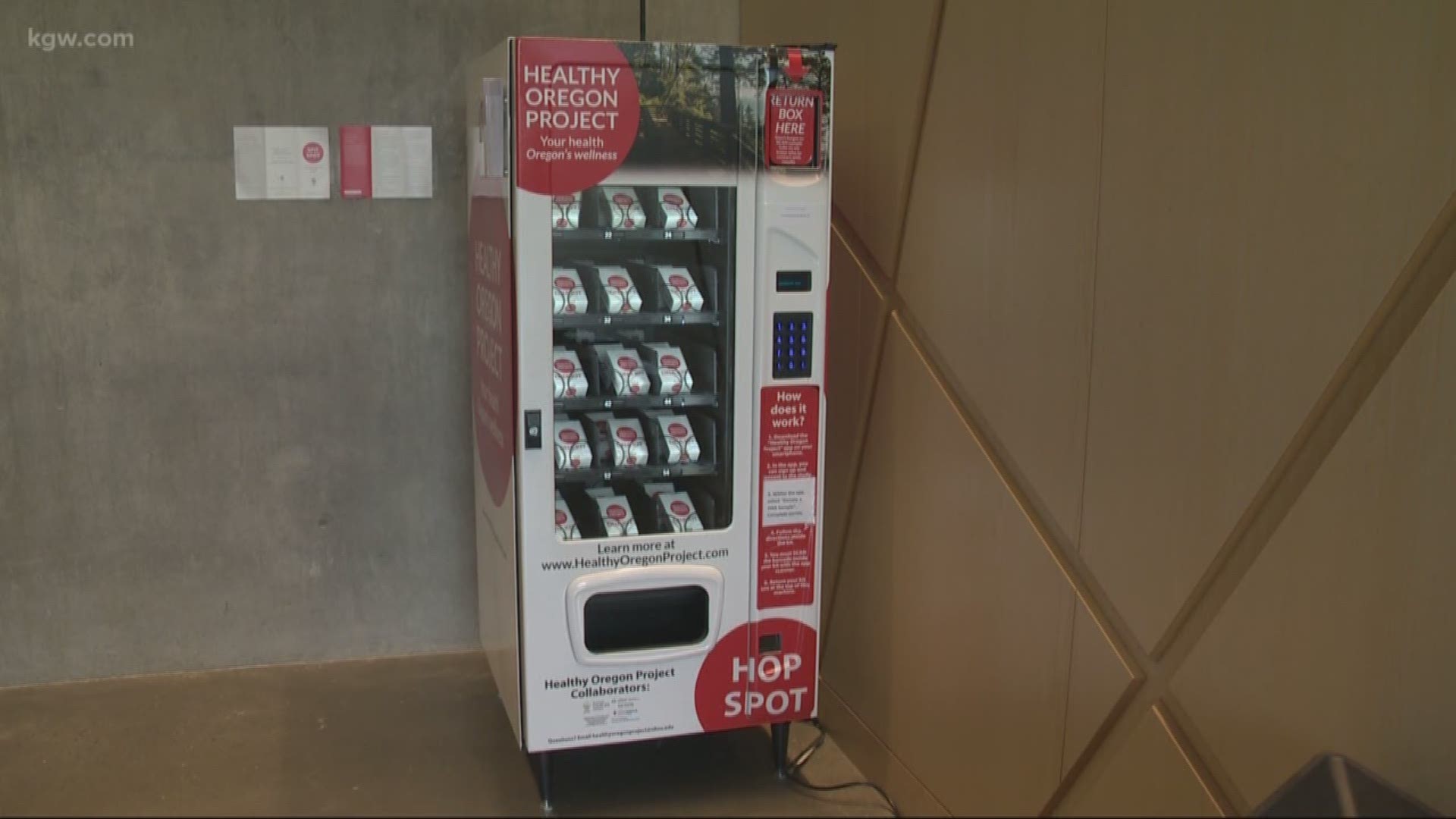 PORTLAND, Ore. — Near the elevators of Oregon Health and Science University's Knight Cancer Research Building, you won't find Doritos or Coca-Cola inside the vending machines.

The idea behind the vending machines started about a year ago.

"I said how about a vending machine and we can do it like Coca-Cola!" Professor Jackilen Shannon laughed. "Because it really was this question of you can send people things, but they don't always send it back. So, how much do you lose from these kits that you send out? What if you give people a way to access something right there in town and what better than a vending machine."

The DNA kits are a unique way for researchers to learn more about how behaviors, lifestyle and genetics play a role in a person's risk for cancer.

"Really what that's telling you is, do you have a particular genetic mutation that may put you at a higher risk of cancer than the rest of the population. Some people have heard of BRCA 1 and BRCA 2. If you carry that mutation, you have a much higher risk of particular cancers," Shannon said.

According to the Healthy Oregon Project, the tests will screen for the following genetic mutations:

The free tests are in the pilot project stage. There are only two machines available: one in Seaside at the parks and recreation building and the other at the Knight Cancer Research Building on Portland's South Waterfront.

Technically, the project is only open to Clatsop County residents and OHSU employees, but if you find a machine and take a test, they'll process it and let you know what your results are if you want to know.

"We wanted to start small, in a smaller community, so that we could begin to learn about what are some of the best ways to talk about this project to folks that aren't sitting right here on the hill and have access to all information that we have sitting in Portland," Shannon said.

It's more than a DNA kit. The Healthy Oregon Project app also lets anyone who downloads it fill out surveys that give researchers a better understanding about how lifestyle factors contribute to the risk of cancer and other chronic diseases. The app will also give you important information as well.

"I think it's a really novel opportunity to think about what is the population level risk of having these different genetic mutations. I think it's exciting to provide that information to people," said Shannon.

Shannon calls this a first-of-its-kind study, one that returns the results back to you.

OHSU says the information and DNA provided will stay private, and won’t be shared with other researchers unless stripped of identifiers to protect your privacy. This project does not use any of the data or samples for profit, only for academic research, OHSU said.

More machines will be spread around Oregon starting sometime in 2020. If you take the test, expect to get results back in about four months.