UW Medicine warns of danger to kids around a lawnmower

When parents worry about their kids having a safe summer, they might be concerned about swimming pools, trampolines, and bicycles. But an often-overlooked danger is lurking in the garage or shed. 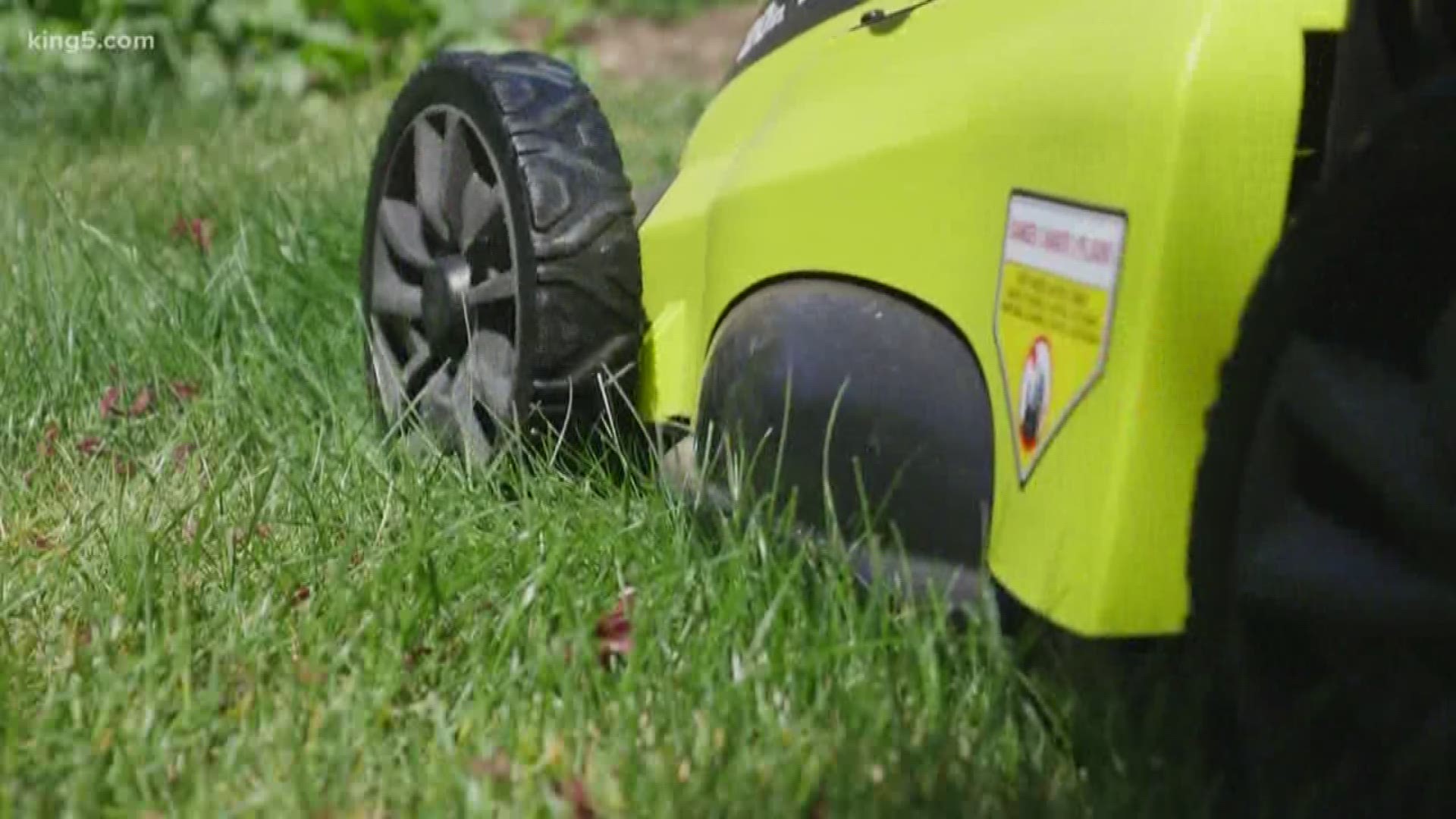 Kimber Brossart is your typical three-year-old. She loves wearing dresses, having fun, and playing with her siblings, carefree as a child’s life should be, but one summer day her life changed forever.

Kimber’s mother Lindsay was outside mowing the lawn when her daughter came out to play. She warned Kimber to stay away from the mower as most parents would, but that warning wasn’t enough.

“I had to back up to get around the tree better, and I thought, ‘That was a very big stick. I better see how big that was,'” said Lindsay.

But instead of a stick, she saw her daughter. The unthinkable had happened. The blade of the lawnmower had struck her child.

Kimber had seven surgeries to try to save her foot before the doctors decided that amputation was the only option.

Dr. Frederick Rivara, UW Medicine pediatrician and a founder of the Harborview Injury and Research Center, says these injuries are more common than you might think.

“The common scenario is that parents think their child is either in the house or just not around. And the parent is cutting the grass doesn't realize the child was playfully is sneaking up on them, and unfortunately, the parent runs over the child,” said Dr. Rivara.

Each year, more than 9,000 children are brought to emergency rooms across the country for lawn mower-related injuries. About 600 to 800 of these visits end in amputation.

“Well amazingly we had a week a couple of weeks ago where we actually had three children in the hospital at the same time with lawnmower injuries, and these are all kids under the age of five,” said Dr. Rivara.

Lindsay Brossart wants people to know that this can happen to anyone.

“I was always a parent that thought, how could any parent let that happen? How does it happen? And then it happens to you," said Lindsay.

“Well, I think the number one rule is kids should never, ever be riding on a lawnmower. Number two is making sure your child is inside the house being supervised by somebody else. That's going to keep them in the house where you are cutting the grass,” said Dr. Rivara

And as for Kimber and her mother?

Dr. Rivara warns that someone should always be watching your kids when you’re mowing the lawn, and young children should never be allowed to ride on a riding mower or any behavior that might make it seem like a toy. A child cannot wholly comprehend the danger that a lawn mower or any power tool can present.