The 80,000-square-foot building on Spokane Falls Boulevard is expected to be complete by August 2022. 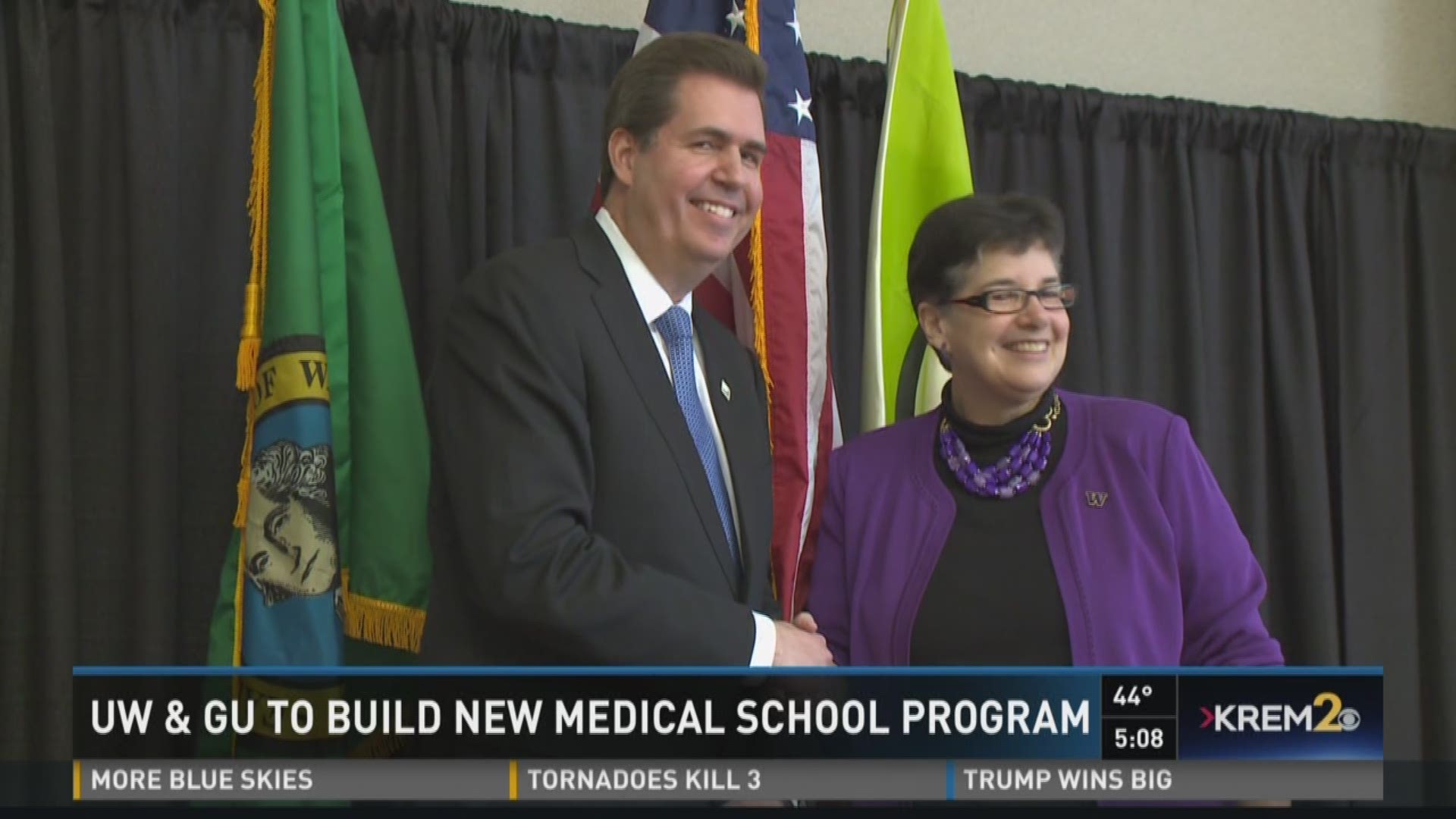 Editor's note: Above video is a report on UW and Gonzaga launching their medical partnership

SPOKANE, Wash. –  The University of Washington and Gonzaga University announced on Monday that they are expanding their medical partnership with the creation of an 80,000-square-foot building on Spokane Falls Boulevard.

Gonzaga leaders say the building will serve as the new home for the University of Washington School of Medicine-Gonzaga Regional Health Partnership.

McKinstry, founded in Seattle with offices in Spokane, is developing, design and managing the four-story building. Both universities have committed to long-term lease agreements for use of space in the facility.

The privately funded project is estimated at $60 million, according to Gonzaga leaders.

Construction on the building is expected to be complete by August 2022 at the site next to McKinstry’s historic Spokane Inland Empire Railroad (SIERR) Building and Gonzaga’s Trent Avenue parking facility. The new facility will include state-of-the-art teaching classrooms, anatomy labs, research and innovation centers, offices and study spaces.

Some UW programs, including the first 18 months of the UW School of Medicine’s medical education program, will relocate to the building from their current home in Gonzaga’s Schoenberg Center.

Gonzaga’s Department of Human Physiology will also relocate to the new center.

The SIERR building will become part of the health sciences campus, offering an additional 57,000 square feet for industry leaders, startups and nonprofits.

UW and Gonzaga launched their medical partnership in 2016, which brought 60 first-year medical students to Spokane for 18 months to study before they began clinical rotations.

“When we formed the Partnership in the spring of 2016, it was the intention of both partners that a new facility be part of our collective future,” said Thayne McCulloh, president of Gonzaga University. “In fulfilling our promise to each other, to our students, and to our community and region, we have reaffirmed our long-term commitment to broadening the array of health-related education and research endeavors, and to preparing the next generation of health care professionals here in Spokane and the Inland Northwest.”

Since the launch of the UW-Gonzaga partnership, approximately 220 first and second-year students have studied on Gonzaga’s campus, and 85 MDEX Northwest physician assistant students have completed their studies.

RELATED: Doctors are increasingly writing prescriptions for nature. Here's why