UW scientists will begin developing a universal flu vaccine and protein therapies that can target specific parts of the body thanks to $45 million in funding from The Audacious Project. 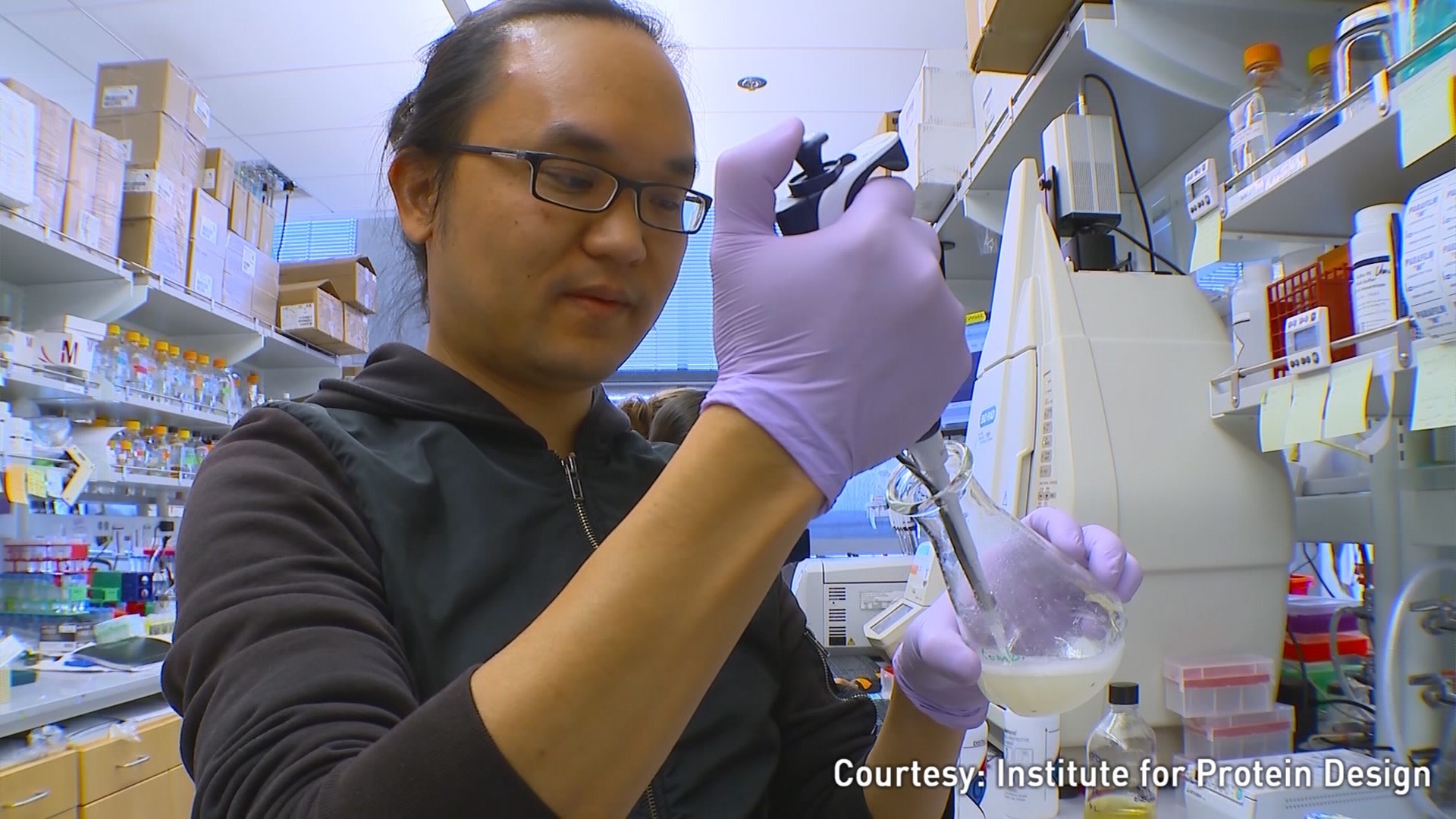 SEATTLE — A University of Washington research institute has won $45 million in funding to develop a universal flu vaccine and improve neurodegenerative disease medicine.

The Institute for Protein Design, which is part of UW Medicine’s Department of Biochemistry, announced this week it aims to tackle those innovations by designing synthetic proteins, which carry out important bodily functions like moving muscles and firing neurons.

“I’m excited about the potential, because there’s huge amounts that protein design can contribute to making the world a better place,” said David Baker, director of the Institute for Protein Design.

Typically, Baker said, researchers would find a naturally occurring protein that was closely aligned to what they wanted it to do and then modify it. However, computing has allowed scientists to create new proteins from scratch, designed specifically for a certain purpose.

“Just as in the 21st century we don’t go looking around in nature for things that already exist when we want to solve new problems – instead we build things from first principles – that’s what we’ve now learned to do with protein,” Baker said.

The institute has picked five areas of research to focus on based on what it deemed was highest priority and could have the biggest boost from protein design: vaccines, neurodegenerative disease medication, targeted drug delivery, “smart” protein therapeutics, and proteins that store solar energy.

A single universal flu vaccine would protect against all flu strains, and patients wouldn’t have to get revaccinated every year. Researchers hope to eventually expand that vaccine to other conditions, including HIV, malaria, and cancer.

With drug delivery research, scientists hope to target medicines to specific tissues, rather than administering them throughout the body.

Smart protein therapeutics could potentially tell which cells are cancerous and which are healthy. This would be an update from current medications, which researchers called “really blunt instruments.”

Finally, scientists are designing new nanomaterials, which can capture and store solar energy. That technology could eventually be used in manufacturing applications, according to the Institute for Protein Design.

The funding, which came from the philanthropic collaborative group The Audacious Project, will allow the institute to expanding staffing with three new tenure-track professors, five acting instructors, and additional postdoc fellows, grad students, and scientists.

This research also builds off other advances in protein design. In January, UW scientists created the first ever synthetic interleukin-2 protein, which can fight cancer. In its natural form the protein has toxic side effects, a trial found but UW’s synthetic version had the same cancer-fighting properties without the side effects.