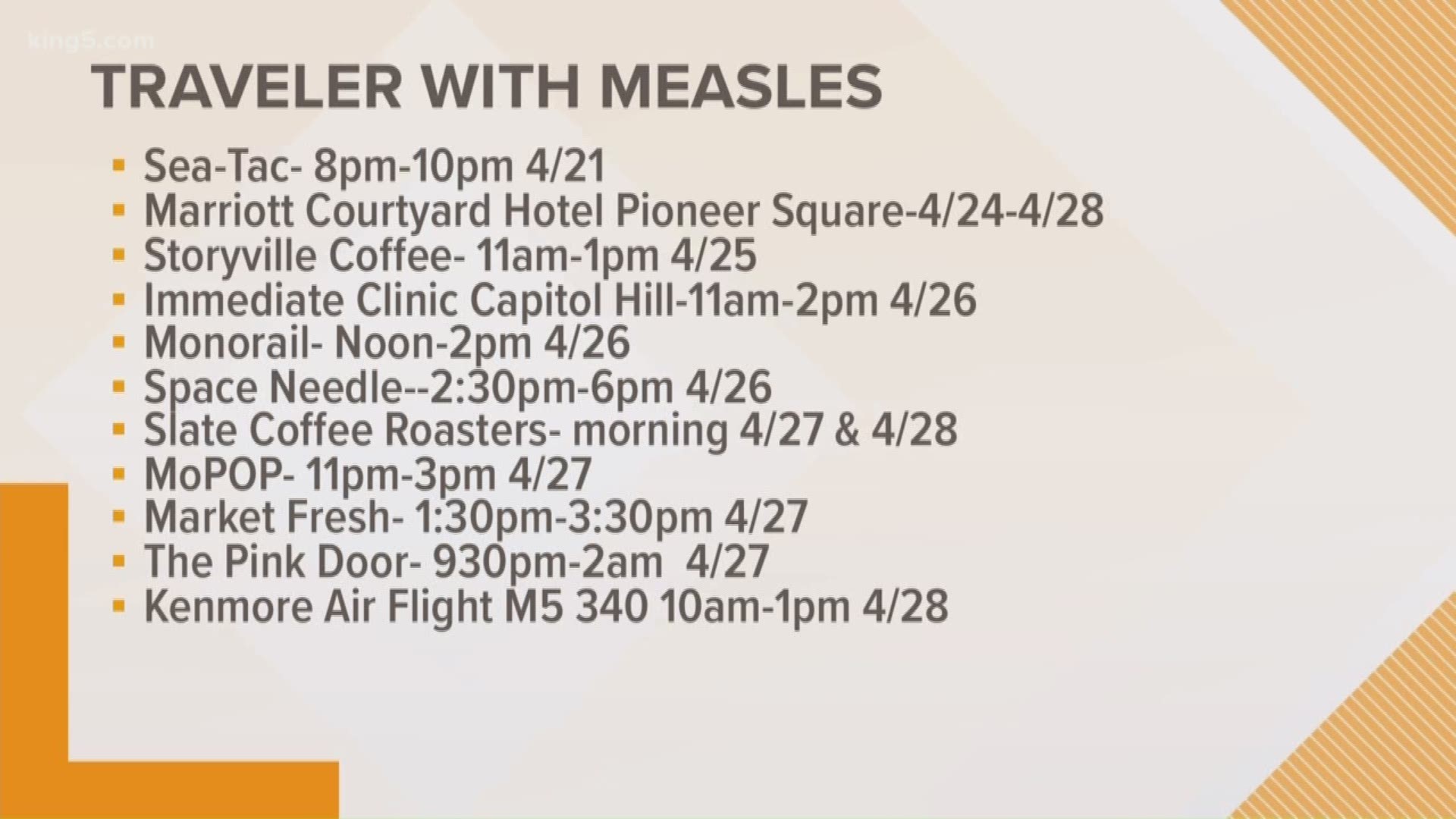 According to the King County Health Department, a man in his 40s from Canada, who traveled to Seattle in late April, has since been diagnosed and recovered from measles.

Officials do not believe there is a connection between this case and the recent outbreak in Clark County -- which officials declared over at the end of April after six weeks with no new cases.

RELATED: Are you protected if your measles shot was years ago? 5 questions answered

The man visited Sea-Tac International Airport as well as a number of shops and popular Seattle tourists locations. Health officials have confirmed the man visited the following places:

The King County health blog will be updated here as more locations are confirmed.

RELATED: VERIFY: Is measles an infection or disease?

Measles symptoms typically appear seven to 21 days after exposure. The virus can remain in the air for up to two hours.

If you think you have contracted measles, notify a clinic or hospital before arriving for evaluation.

The Canadian man visited Japan and New York just before his trip to Seattle, according to officials. Both sites have had recent measles outbreaks.