These common food additives may be harmful to children, UW scientists say

A new report found several common food additives may be linked to developmental issues in children. 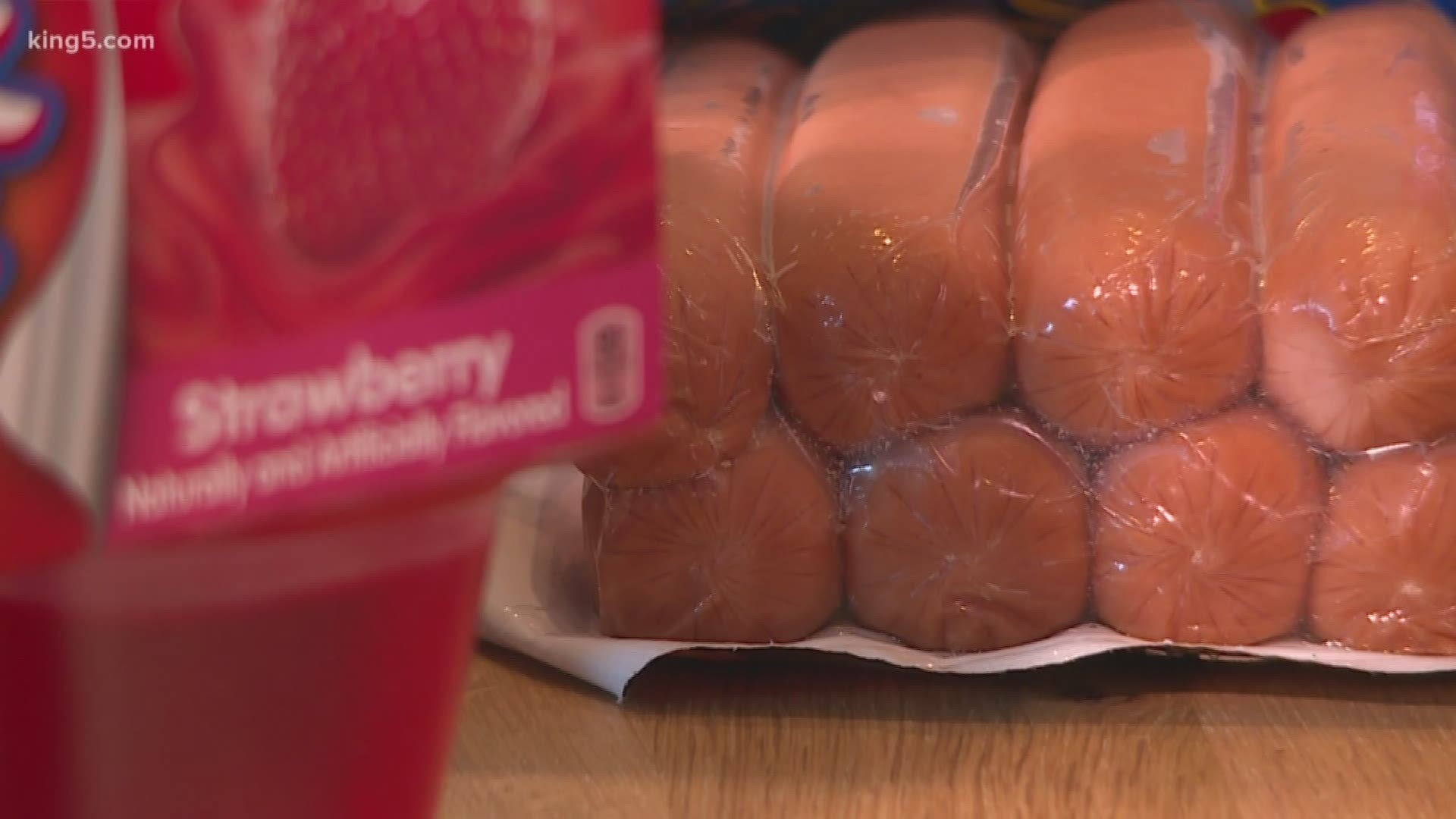 Hundreds of additives commonly found in food and food packaging are under-regulated, posing a potential danger to human health, says a new report from the American Association of Pediatrics. The organization is calling for stronger Food and Drug Administration (FDA) oversight on these additives.

The United States FDA regulates additives under the Federal Food, Drug, and Cosmetics Act, and classifies about 1,000 of these as “Generally Recognized as Safe” (GRAS). This designation exempts them from rigorous testing. The problem, says Rachel Shaffer, a graduate student in environmental toxicology at the University of Washington school of public health, is that companies can self-designate their additives as GRAS. Shaffer is one of three authors of the report.

The report was released earlier this week, accompanied by a policy statement urging changes to the rules that regulate food additives. The authors focus on endocrine disruptors—chemicals that have been found to affect hormones in the body. These can be especially dangerous to children due to their smaller size and their still-developing organs.

Many of the additives are unseen and unlabeled—what are called “indirect” additives. These are chemicals that come in contact with food during the manufacturing process or from the packaging.

While direct additives such as dyes must be disclosed, indirect additives follow no such rules. This makes it hard for even the most conscientious parent to avoid harmful chemicals.

“I think it’s really difficult to place the burden on individual families to try to navigate this,” said Shaffer. “The information isn’t always clearly communicated to consumers about what’s in their products.”

Among the worst culprits: bisphenol A (BPA), phthalates, and perchlorate.

BPA is often found lining the insides of cans as an anti-corrosive measure. Studies have found links between BPA exposure and reduced fertility. It may also shift the timing of puberty. Phthalates, found in plastic wrap, is linked to testosterone disruption. While perchlorate, found in other food packaging, may lead to abnormal thyroid function. Phthalates are also found in other consumer goods such as shampoos and lotions.

Companies such as Campbell’s and Trader Joe’s have been removing BPA from their packaging due to consumer pressure over the past few years. However, it is often replaced with bisphenol S, a closely related compound that may have similar effects on the body.

The direct additives addressed in the report are artificial food coloring and nitrites and nitrates. Food coloring is most often found in children’s foods—not just Jell-o and Froot Loops, but also things like yogurt and applesauce. Many studies have linked food dye consumption to increased symptoms of attention deficit/hyperactivity disorder in children. Sodium nitrate and sodium nitrite are used to preserve cured meats such as hot dogs and bacon. Although not dangerous on their own, they can form carcinogenic compounds in the body. Nitrates can also disrupt thyroid function.

Shaffer and her co-authors make several recommendations for consumers to avoid the most harmful chemicals: avoid using plasticware in the microwave or dishwasher, avoid processed meats, and prioritize fresh or frozen fruits and vegetables in the diet. Plastics with recycling codes 3, 6, and 7 should also be avoided, according to the report.

Shaffer realizes that the advice can be overwhelming.

“Our suggestions are in line with general recommendations for nutrition,” said Shaffer. If consumers are having trouble keeping track of all the recommendations, she advises “just stepping back and thinking more holistically”—eating more fresh foods and avoiding processed ones.

The main recommendations are aimed at policymakers. First and foremost, says Shaffer, the loopholes in the current legislation need to be closed and the FDA needs to revise the GRAS designation. The authors also call for increased transparency in the safety review process and more resources dedicated to testing toxicity.

“Everyone’s going to want to take action after reading this article,” said Shaffer, “but I think it requires a bigger policy change.”