A statewide youth survey suggests a lack of knowledge about the dangers of vaping. 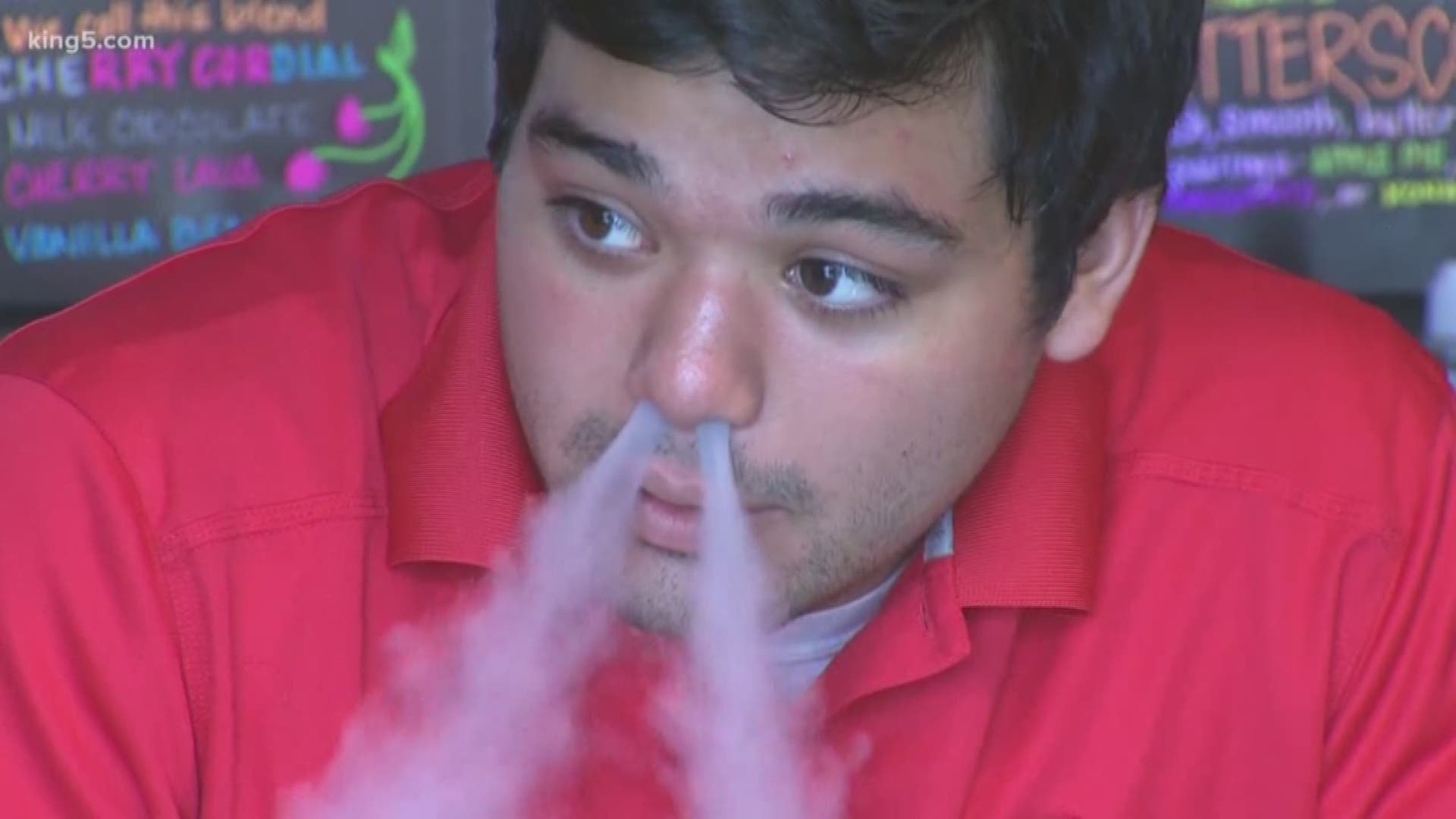 SEATTLE — Teen alcohol use remains at an all-time low, but vaping among teenagers in Washington state is at an all-time high, according to the 2018 Healthy Youth Survey released Monday by the state Department of Health and Health Care Authority.

The survey, which has been conducted since 1988, polled 230,000 students in 900 schools across the state and asks students in grades 6, 8, 10 and 12 every two years a wide variety of questions about health behaviors from substance use to mental health.

While alcohol use among teens appears to be at an all-time low, the percentage of students who report using e-cigarettes and vapor products has increased significantly. Use of vape products in the past 30 days among 10th graders increased from 13 percent in 2016 to 21 percent in 2018. Also, only about a third of 10th graders think vaping is harmful, according to the survey.

When it comes to cigarettes, teens report smoking less than half as much as they did a decade ago.

Despite the explosion of legalized marijuana products available, the number of teenagers who report using it remains flat. It compares to the same rate as the survey revealed in 2002.

"These results are critical for us to learn where we focus our efforts," said Michael Langer, acting assistant director at the state Division of Behavioral Health and Recovery.

State health officials also use the results of the survey to target communities that may need more substance abuse funding.