PFAS chemicals can accumulate in the body and a study of Seattle-area women found PFAS in 100% of samples. 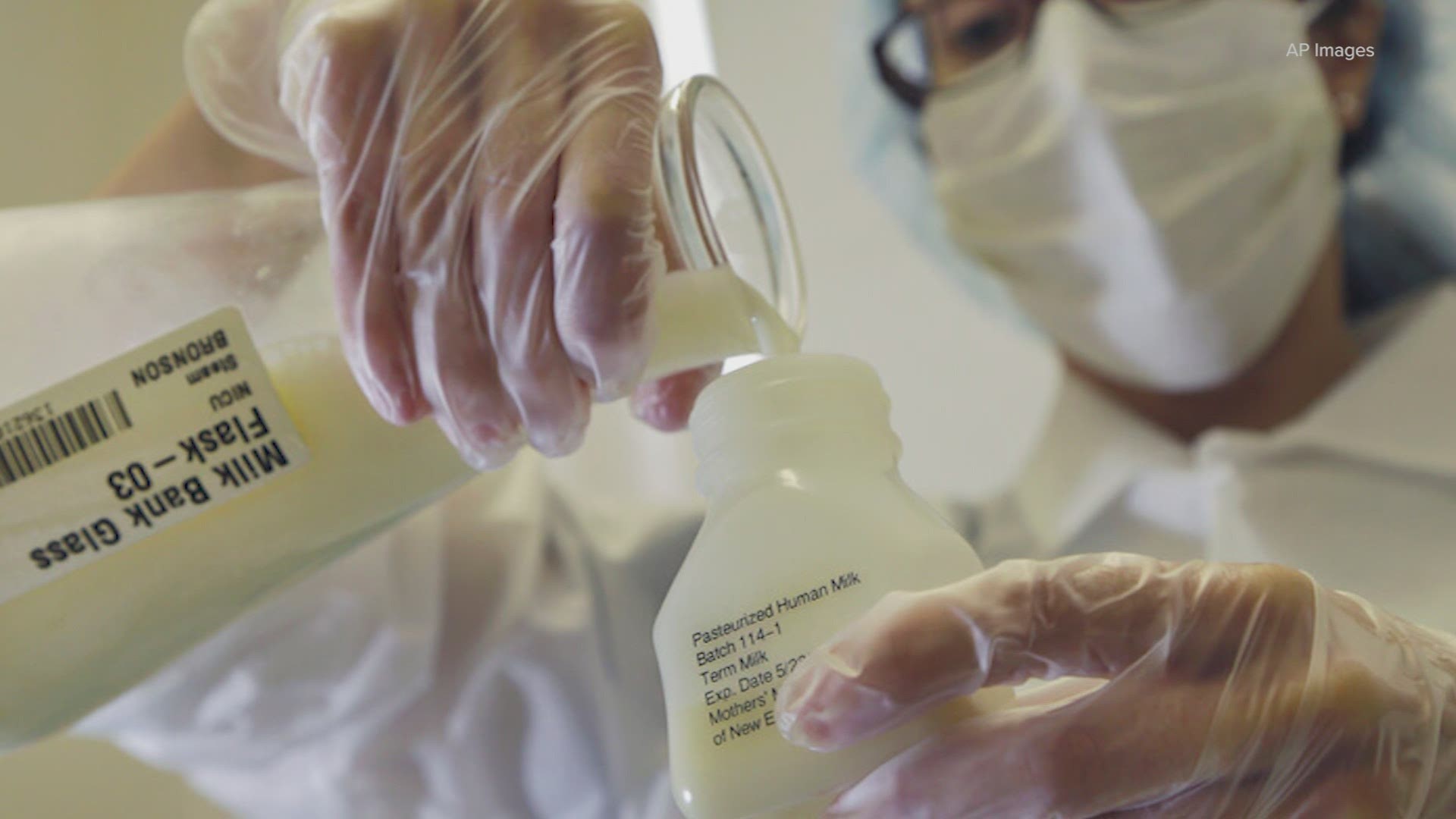 A paper published this month in Environmental Science and Technology followed 50 Seattle-area women, looking for PFAS (per- and polyfluoroalkyl substances) in their breast milk.

“We found PFAS in 100% of the breast milk samples,” said Erika Schreder, science director at the Seattle nonprofit Toxic-Free Future and co-author of the paper. “And that includes the PFAS that are currently being used.”

PFASs are a class of chemicals valued for water and grease repelling properties. They can be found in many everyday products, from stain resistant coatings on carpets and couches, to non-stick coatings for cookware. The chemicals can also be found in food packaging.

The concern is some PFAS chemicals have been linked to negative health impacts like cancer, weakened immune system, and thyroid impacts. They’re also known as "forever chemicals" because they don’t break down in the environment, and can bio-accumulate in the human body.

Some PFAS have been phased out of production in the United States, but others were developed and are still used.

Researchers found levels from 52 parts per trillion (ppt) to over 500 ppt. The U.S. Environmental Protection Agency (EPA) set a health advisory level for drinking water of 70 ppt in 2016.

The findings alarmed researchers, though Dr. Sheela Sathyanarayana, a pediatrician at the University of Washington and co-author of the study, warned not to discontinue breast feeding.

“While we know that PFAS chemicals may be harmful, it is important to remember that breast milk provides significant benefits to newborn and child health," Sathyanarayana said in a statement. "Breast milk is still best for newborns.”

“Babies who are breastfed have fewer infections and fewer chronic health problems like obesity and diabetes,” Schreder said. “So it’s critical that we take action to make sure that breast milk is clean, because you know, there’s no other way to clean it up.”

To that end, she’s calling for more federal regulation of the entire PFAS class of chemicals.

Washington has made some headway on the issue. Back in 2019, lawmakers passed the “Safer Products for Washington” law, which gives the state Department of Ecology the ability regulate and even restrict dangerous chemicals.

Several use cases were identified for the first round of consideration, including PFAS in carpets and rugs, aftermarket stain and water resistance treatments, and leather and textile furnishings. The full list is available here, with any potential rulemaking set for 2023.

“Ecology has a really important decision to make here,” Schreder said. “They can take action to get these chemicals out of these products and help reverse this trend of the increasing contamination of our breast milk with these PFAS that are being used on products.”

She hopes a state ban or restriction might open the door for further regulation, much like California’s Prop 65 rules on carcinogens led to businesses adding warnings to products sold nationwide.

Researchers believe this to be the first study of these toxins in U.S. breast milk in 15 years, and voiced concern over rising numbers.

“We also found that globally, we're seeing increasing detections of these current use PFAS over time,” Schreder said. “So what we're seeing is an upward trend, but more and more women are being exposed to these chemicals and are passing them on to their babies.”

Notable levels of PFAS have been found in several Washington communities as of 2018, according to the state Department of Health:

All were tied to the historical use of firefighting foam, now restricted under state law.