The union representing the nurses said the agreement includes 10% wage increases and a ratification bonus of $2,100. 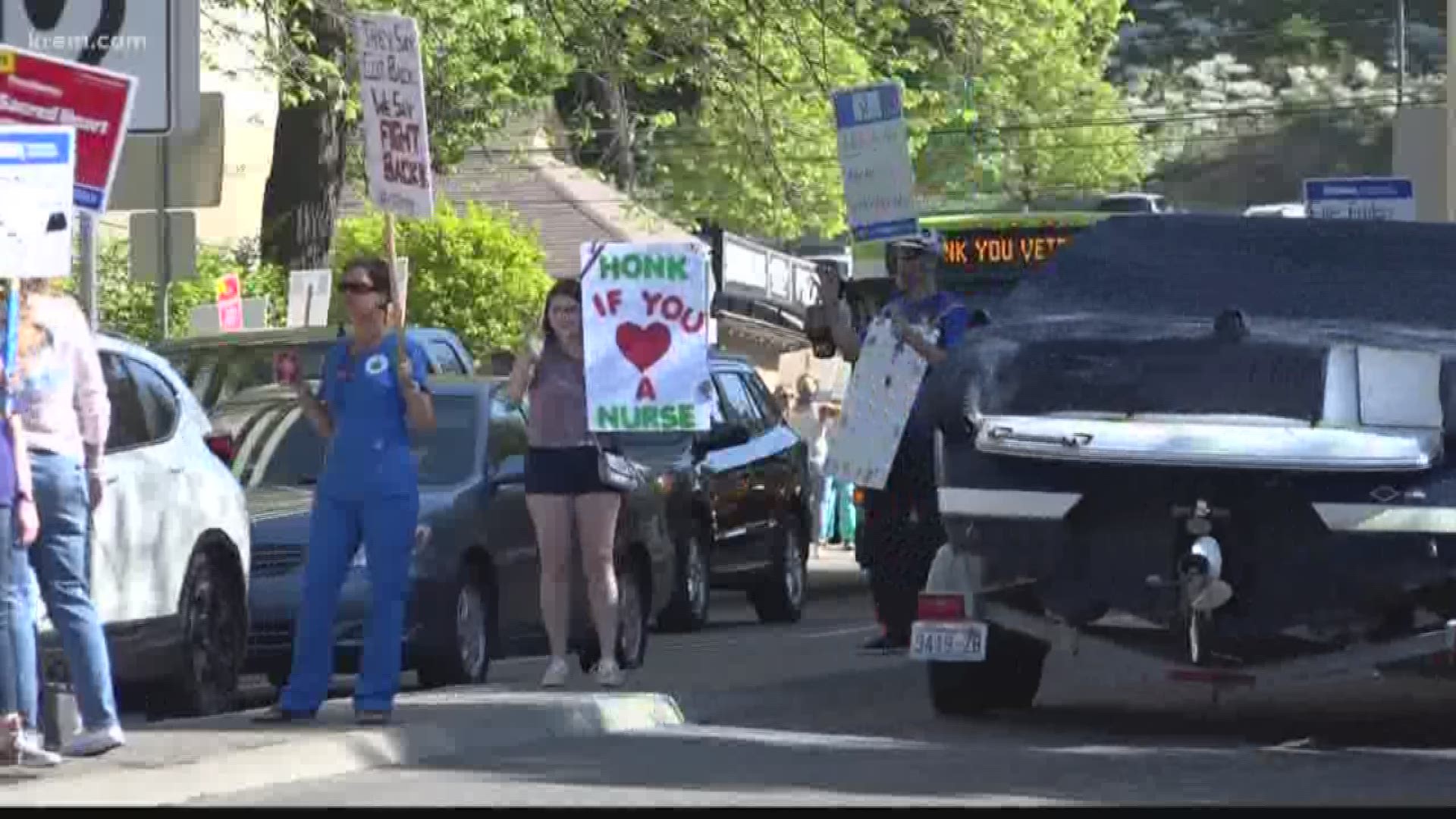 The Washington State Nurses’ Association said the two parties reached a tentative agreement at 3 a.m. on Tuesday after 14 months of negotiations.

“This tentative agreement protects the benefits our members have earned and secures new investments in patient care and workplace safety,” said Darryl Johnson, a cardiac intensive care nurse, in a statement. “This is a major victory for Sacred Heart nurses and our entire Spokane community.”

Union leaders say the tentative agreement includes key provisions sought by nurses,  including enhanced language on staffing levels and workplace violence prevention; protection of paid time off and extended illness benefits; limits on employer’s ability to raise premiums and preservation of important health benefits; wage increases of 10% over the duration of the contract; and a ratification bonus of $2,100, pro-rated for part-time nurses.

“Solidarity got us here,” said Nonie Kingma, a psychiatric nurse. “When we started negotiations, Providence was determined to cut our benefits, and refused to improve workplace conditions. Our members’ courage and resolve in the face of corporate pressure never wavered, and in the end we won a major victory for ourselves and the people who rely on Sacred Heart.”

Providence health care workers across Washington state, including those at Sacred Heart and Holy Family, paused plans to give a 10-day strike notice last week after unions made significant progress in negotiating with hospitals statewide.

Both sides were able to reach the tentative agreement after marathon sessions, including 20 hours on Jan. 6 and 33 total hours over two days.

Members will vote on the proposed tentative agreement on Jan. 16.

“The nurses at Sacred Heart are so grateful for the outpouring of support from the community we have received over more than a year of contract negotiations,” said KT Raley-Jones, a cardiac intensive care nurse. “This contract agreement gives us the support we need to continue given you the best nursing care.”