Portland's OHSU is one of at least six institutions where researchers are working to develop a lifelong flu vaccine. 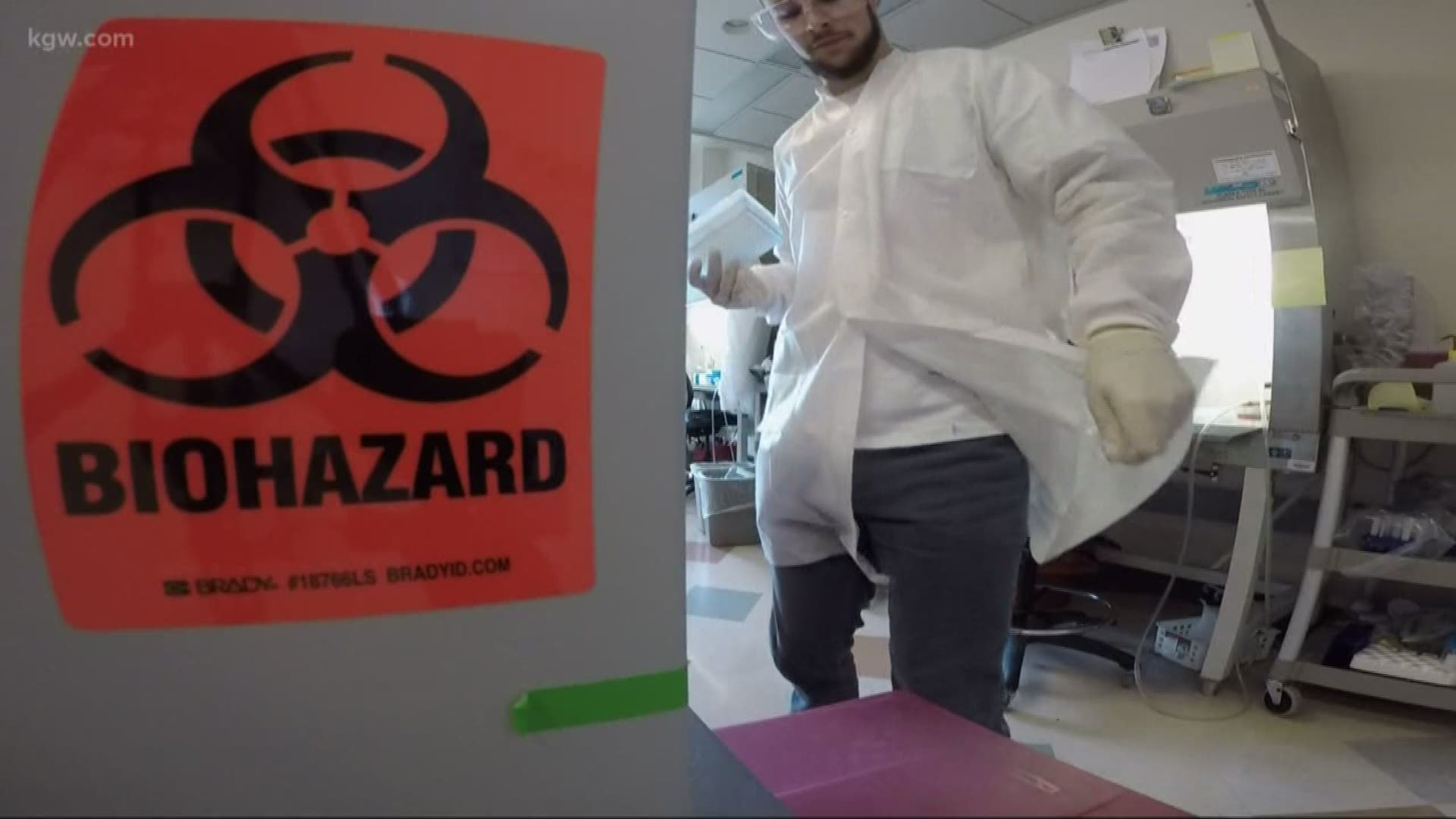 BEAVERTON, Ore. — Getting your flu shot every year may soon be a thing of the past.

Last year marked 100 years since the deadliest flu pandemic in history, known as the 1918 influenza pandemic. The centennial spurred the Bill and Melinda Gates Foundation to start the Grand Challenge for Universal Influenza Vaccine Development.

This week, the foundation announced OHSU is among at least six institutions receiving a grant. They were selected for their bold and innovative approach to universal vaccines, and now have a shot to make history.

The university received $1.7 million to develop a lasting and broadly effective flu vaccine that would replace the current once-a-year shot.

"It's a pretty big deal. This is equivalent to the moon shot from Kennedy and it's a big goal we're going to move toward,” said the project's lead researcher, OHSU professor Dr. Jonah Sacha.

If their flu vaccine proves successful, Dr. Sacha says you'd only have to get it once as a child and it would protect you against all strains of the virus.

Right now, it's a toss-up whether the flu shot will protect you any given season because the virus changes constantly.

KGW-TV
YES or NO? Do you get the flu shot? Portland's OHSU is one of at least six institutions where researchers are working to make yearly flu shots a thing of the past! See how>>on.kgw.com/2l7l6kx

Sacha's team is already using an innovative platform to create vaccines against HIV and tuberculosis. They're going to apply the same approach toward developing a universal flu shot because it’s a similar problem; HIV doesn’t consist of one single virus but rather a huge family of closely-related viruses.

“The vaccines we use now generate antibodies, that target those variable surface parts of the virus. We’re actually taking a different approach: We’re going to target the internal proteins of the virus that by its nature are very conserved. And the way we’re doing this is by having an immune response that lives in your lung for life so as soon as influenza comes in your immune system recognizes it and neutralizes it,” Sacha said.

OHSU's cytomegalovirus-based (CMV) vaccine platform has been developed for nearly 15 years and will be heading into human clinical trials very soon. Sacha says if the HIV vaccine proves successful in pre-clinical work, it will blaze the trail for a universal influenza virus.

“That’s why OHSU was chosen - because we’re extremely well-positioned to test something new and novel and take it into the clinic,” Sacha added.

For the lead researcher, this challenge they've set out on hits close to home.

"The flu can be absolutely very dangerous. The reason that I began flu research was back in 2013 I was visiting Australia for an HIV conference and on the way back I got sick with H1N1, Swine Flu. And that unfortunately was then transmitted to my wife who was pregnant at the time and my 4-year-old son.”

His son wound up in the emergency room, unresponsive with an extreme fever.

"It was really scary, it was terrifying,” Sacha said. “That week in my house was awful and it made me realize we need better vaccines for influenza.”

To forge ahead, OHSU will collaborate with other chosen institutions.

The Gates Foundation's aim is to begin clinical trials by 2021 – an ambitious timeline, but an achievable one.

“I really think we have a real shot to come up with something new and novel that could actually impact people's health across the globe,” Dr. Sacha said. “We may not make it, we may. But we're going to try our best.”

RELATED: Is measles deadly? Can I get measles again? Doctor answers 9 questions about measles