Health officials say 23 people have reported becoming sick with norovirus-like illness after eating from the Habit Burger Grill in Shoreline. 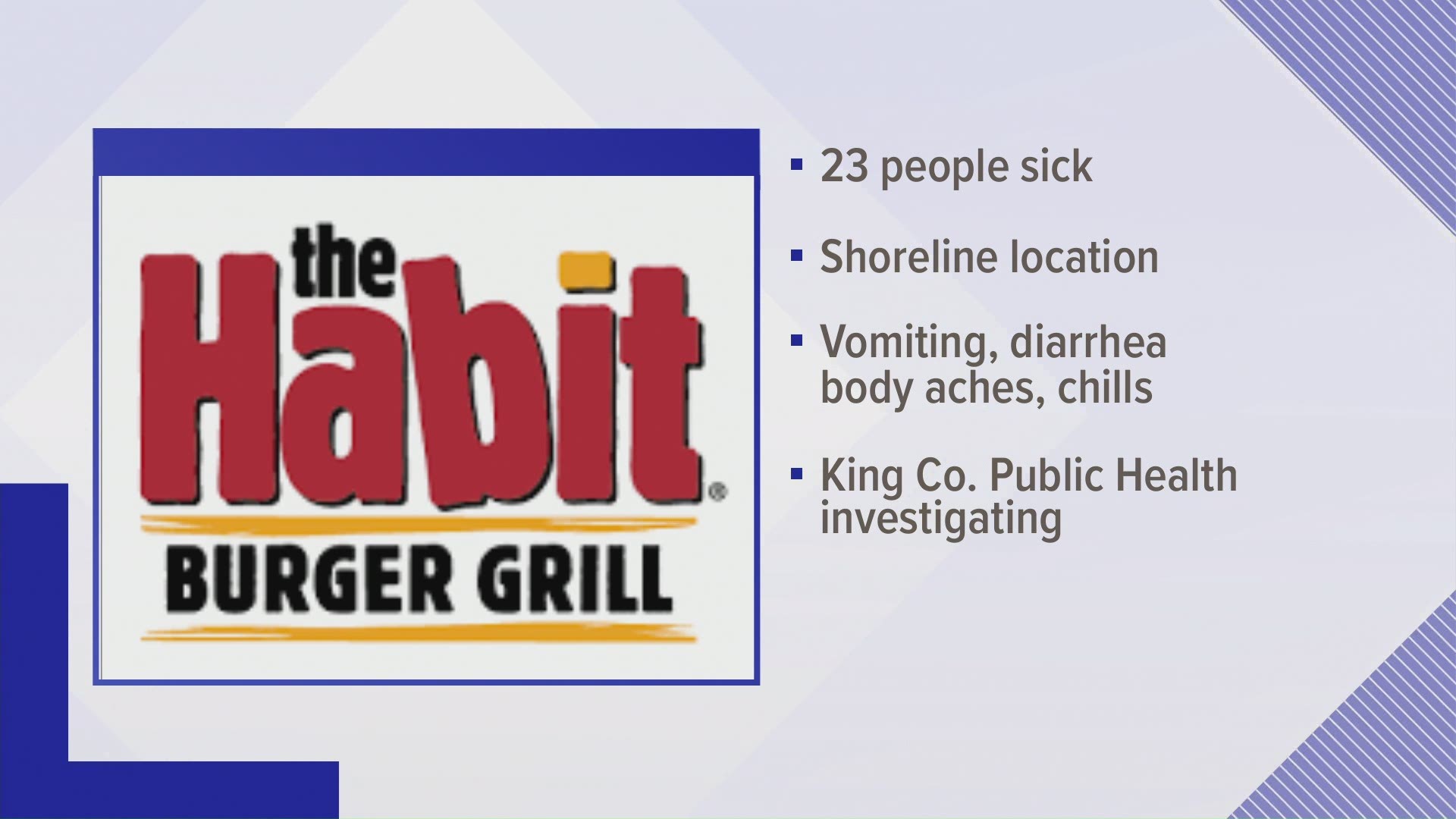 Public Health - Seattle & King County announced Wednesday that 23 people from six unrelated parties have reported becoming ill after eating food from Habit Burger Grill between May 21 and May 24, 2021.

One person was hospitalized, officials said.

Health officials said they have not determined how norovirus was spread within the restaurant. It can often be difficult to pinpoint because norovirus can spread through multiple contaminated food items, environmental surfaces, and from person to person, officials said.

So far, no employees of the restaurant have reported getting sick.

Environmental health investigators visited the restaurant on May 26 and did not find any risk factors that are known to contribute to the spread of norovirus. The restaurant was required to do a thorough cleaning and disinfection and investigators will return in two weeks to ensure ongoing food safety compliance, officials said.

Norovirus is highly contagious and often has a sudden onset with symptoms that can include vomiting, diarrhea, body aches and chills, officials said. The virus rarely causes severe complications.