UW Medicine researchers are hoping women at risk for ovarian cancer will participate in the Magenta Genetic Test, especially since genetic testing is not always available in some parts of the United States. 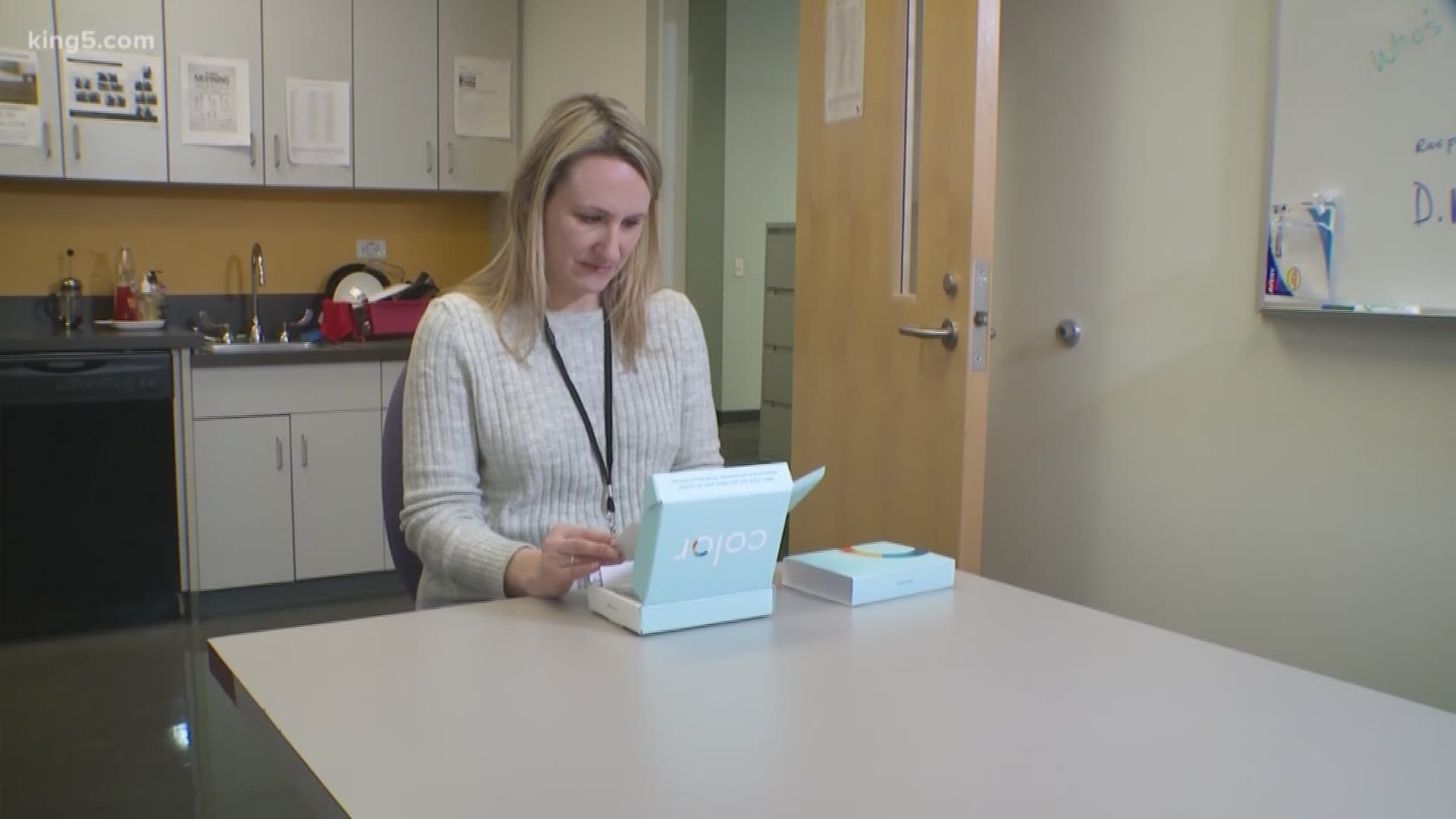 What if you could take a free genetic test without leaving home?

UW Medicine researchers are hoping women at risk for ovarian cancer will do just that, especially since genetic testing is not always available in some parts of the United States.

It's called the Magenta test and is simple to do. Just open the box and spit saliva into the tube a few times.

“They fill a small volume of spit into a tube, they put it back into the mailer given to them, and it gets shipped back to the company,” says Elizabeth Swisher a clinician and researcher at UW Medicine in Seattle.

Her work focuses on cancer genetics and the prevention of ovarian cancer in women.

“One in 70 women will get ovarian cancer during their lifetime, but it is a deadly form of cancer, and we have no effective screening for it, so unlike breast cancer, we have no early detection, and when women get it, it is usually advanced at the time they get their cancer,” says Dr. Swisher.

“My paternal grandmother was diagnosed with ovarian cancer when she was fifty-two, and now that I am 46 and have children it has become more a part of my thinking,” explained Stamper.

She sent in her genetic test and is awaiting results.

The Magenta study screens for much more than the BRCA 1 or 2 gene mutation.

“We’re testing for thousands of different mutations, but in 19 different genes. We’re not going to prevent all ovarian cancers through this strategy, about 20 percent of ovarian cancers are hereditary, but there are a lot of lives we can save if we identify those women who are at risk,” said Dr. Swisher.

Women who are thirty and over, have had breast cancer but no genetic testing, or women who have a family history of breast or ovarian cancer, may apply for the free trial by going to the Magenta website.

600 patients have enrolled in the Magenta study, but 3,000 are needed.

Click here to learn more about the Magenta Genetic Test.