Imagine not being able to reach the light switch or take care of basic hygiene. That is the reality for many people born with the genetic trait Dwarfism, but a surgery being performed at Seattle Children's is helping kids reach new heights. 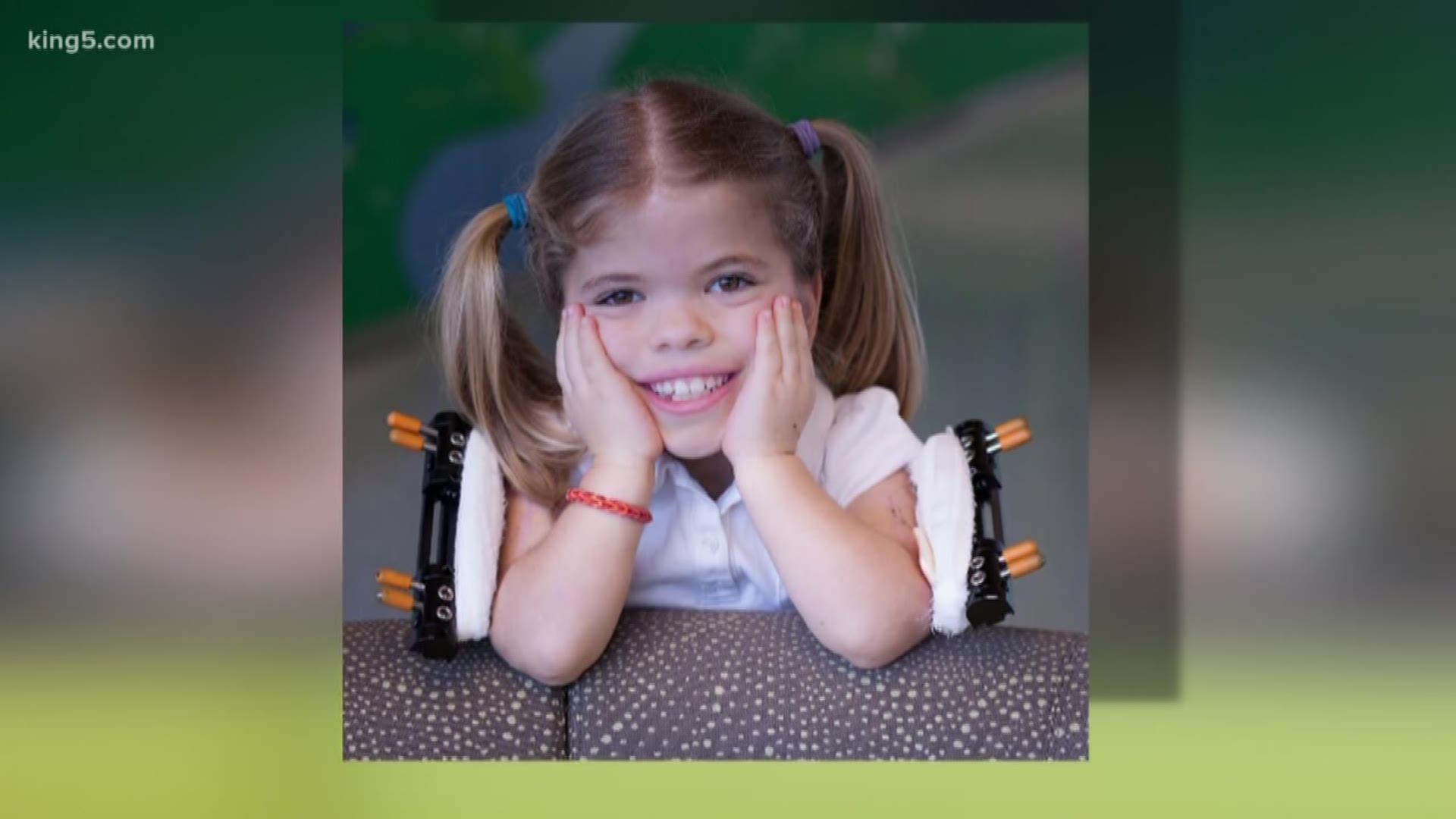 Putting on a pair of shoes is something many of us take for granted every day. But for 7-year-old Anna Booth, those simple tasks are now big achievements.

"I can finally put my hair up in ponytails and pony pigtails and buns and stuff like that," Anna said.

Not long ago even the most simple and private tasks were out of reach.

"She couldn't actually reach her own bottom, and she couldn't wipe from bottom, and so that meant when it came to toileting and everything else we were far more delayed in that,” Anna's Mom, Lisa, said. “When she was going to school, we had to work with her teachers so that when she went to the bathroom at school someone would come in and wipe her. That's fine when you're in pre-K but no third grader or second grader wants her teacher wiping her bottom."

Anna has Dwarfism, a genetic mutation that happens in utero which it prohibits her limbs from growing.

"So, she's got all the skin in the ligaments and everything like that to be average height, but her bones are shorter, and they just don't get the signals to grow," Lisa explained.

Normally, the forearm and upper arm should be about the same length. Anna's forearm was four inches long, almost half the size of her forearm in terms of upper arm length, according to Dr. Maryse Bouchard, a Pediatric Orthopedic Surgeon at Seattle Children's.

When Dr. Bouchard and Anna's family found out that the 2nd grader had stopped going to the bathroom at school out of embarrassment, they decided to take a chance on lengthening her limbs.

"The procedure of limb lengthening is basically a process, not so much just one surgery where in surgery we cut the bone into pieces in a controlled way, and after surgery, we use a device to separate the two bones and allow new bone to form in between overtime," explains Dr. Bouchard.

The procedure has been done since the 1950's, but it's risky. It takes patience and can be painful.

"When we stretch the bones were also stretching the muscles, and the ligaments and the nerves in the blood vessels around it and some of those get tight, and when they get tight there can be other problems that come up," Dr. Bouchard said.

Luckily for Anna, there were no complications, and Dr. Bouchard says her physical differences will not hold her back. Anna's mom was inspired, but her daughter's courage through the entire process and is grateful to Seattle Children's for putting the world within her daughter's reach.

Anna should grow an additional 12 inches throughout her life, but her doctor says that her limbs will now continue to accommodate her growth.

Seattle Children's Orthopedic Clinic treats a variety of symptoms in their clinics throughout the region.