'It's not going away': WSU researchers warn of antibiotic resistance

Every time we take an antibiotic, it's like survival of the fittest: We're creating stronger, more resistant bacteria. 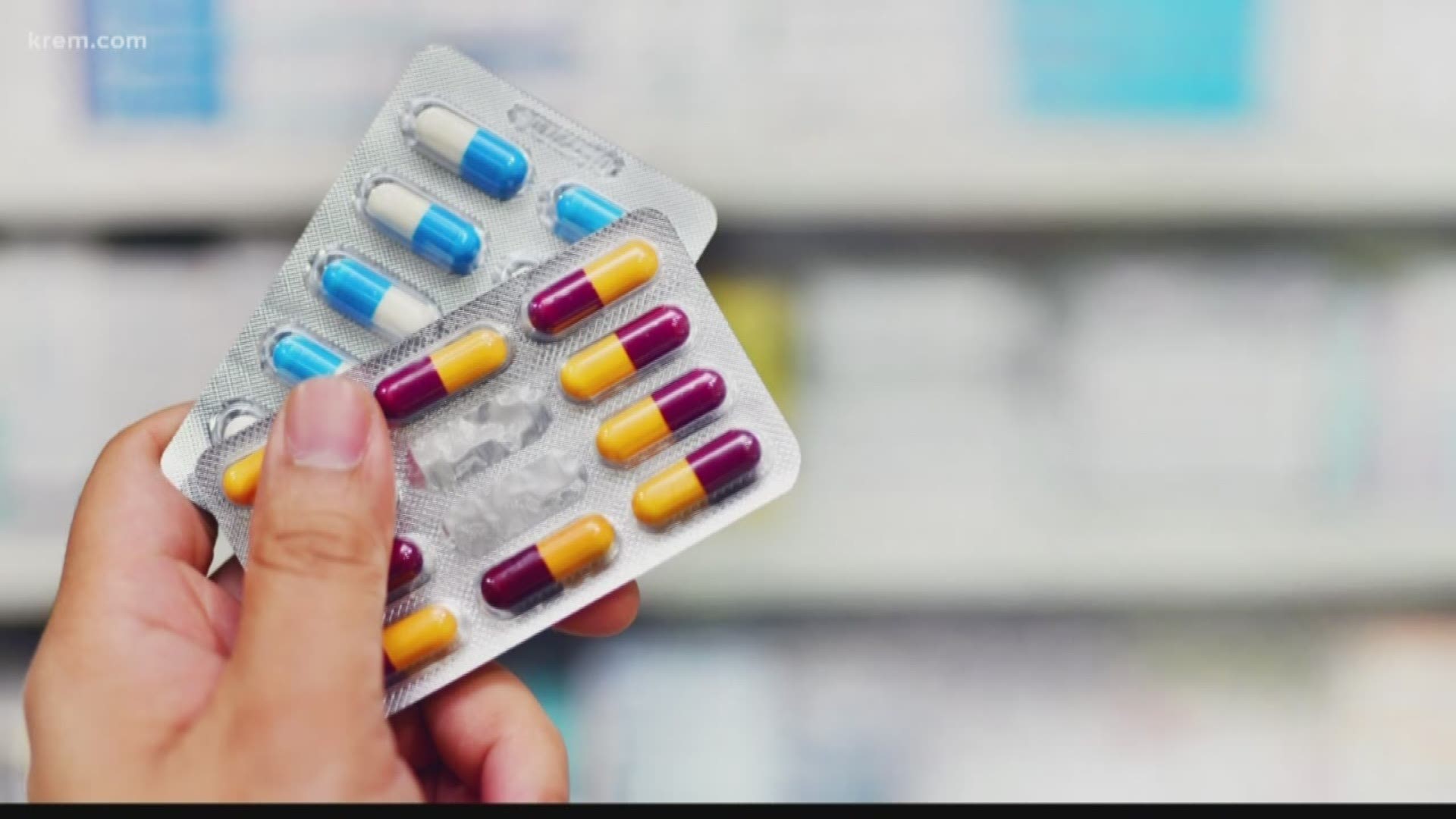 SPOKANE, Wash. — A group of researchers at Washington State University are studying bacteria that can't be stopped with antibiotics, in hopes of solving a worldwide problem.

Hospitals are starting to see some patients with infections even the strongest antibiotics can't conquer. Researchers said we should be very concerned of the global problem.

“It is global and it's not going away," said Dr. Douglas Call, a researcher at WSU who studies antibiotic resistance.

There was a time when infections often turned deadly. A paper cut could turn into a life-threatening illness due to infection.

Then began the antibiotic era, starting with penicillin in 1942. Infectious diseases were squashed as the leading cause of death, and life expectancy increased by decades. Life-saving surgeries surged in success and elective surgeries became popular for the first time.

"Knee replacement surgery is unthinkable without antibiotics," said Call. "Whether it's delivering a baby, it's chemotherapy, it's knee surgery; you're at risk of infection and if the drugs aren't working you have a problem."

Every time we take an antibiotic, it's like survival of the fittest: We're creating stronger, more resistant bacteria. And it's not just the pills; a lot of antibiotics also go into agriculture.

When we cram livestock together and feed them antibiotics to keep them healthy, their meat ends up carrying drug resistant bacteria.

We use animal manure to fertilize crops, which can also transmit drug-resistant bacteria. When you eat those crops, you could end up colonized with e-coli, for example. You can still be healthy, but you can spread the bad bacteria and not even know it.

When could we see a new antibiotic

Both Dr. Palmer and Dr. Call lead a WSU team that is studying bacterial resistance.

Right now, the team says there is not a new antibiotic that is more effective than the current drugs on the market.

"We don't have effective antibiotics in our hands now and we are also losing the effectiveness of the existing antibiotics. So nothing is very promising in the pipeline," said Amin Islam, a microbiologist working on the WSU team.

"The worst thing we can say is, 'this really is a disaster there's nothing that can be done,' because that's not true," said Dr. Palmer.

“What we can do is work on solutions that will minimize risk. Minimize the risk of these bugs moving from other places to the U.S. and from the U.S. to other places," added Dr. Call.

What researchers are studying

For this team that means working in Washington and far afield. They're focused on places like Kenya, Tanzania, Guatemala and Brazil, where they're learning an overuse of antibiotics, poor sanitation and a lack of clean water are all fueling antibiotic resistant illness.

There's a reason they want to dive into the problem in other countries.

"It has been said a new, emerging pathogen can go around the world in 24 hours," Dr. Call said.

That's not to say it's a one-way street. The United States also creates antibiotic-resistant bacteria, in part due to our heavy use of antibiotics, said Dr. Palmer.

The WSU team is scouting out risk factors.

In Kibera, Kenya, for example, they find germs routinely outsmarting the drugs. These mutant bacteria flourish in sewage canals, hospitals and livestock pens, just waiting to set up shop in people. They're recommending ways communities can put the block on bad bacteria in hospitals and in homes.

"Because if you can stop that or minimize that motion, it's not going to travel to the next state or the next town," said Dr. Call.

You can't stop bacteria from mutating; they're really good at it. But all of us, wherever we live, can help preserve the effectiveness of the antibiotics we have.
That means not taking them when you don't really need them and taking measures to avoid getting sick in the first place.

"Increasing vaccination rates in children, because that reduces the need for antibiotics," said Dr. Palmer.

Those steps help keep bad bacteria from building their nasty muscles, so antibiotics can continue saving the day.