Is measles deadly? Can I get measles again? Doctor answers 9 questions about measles

Health officials have confirmed dozens of cases of measles in Clark County and more cases of suspected measles are being investigated. 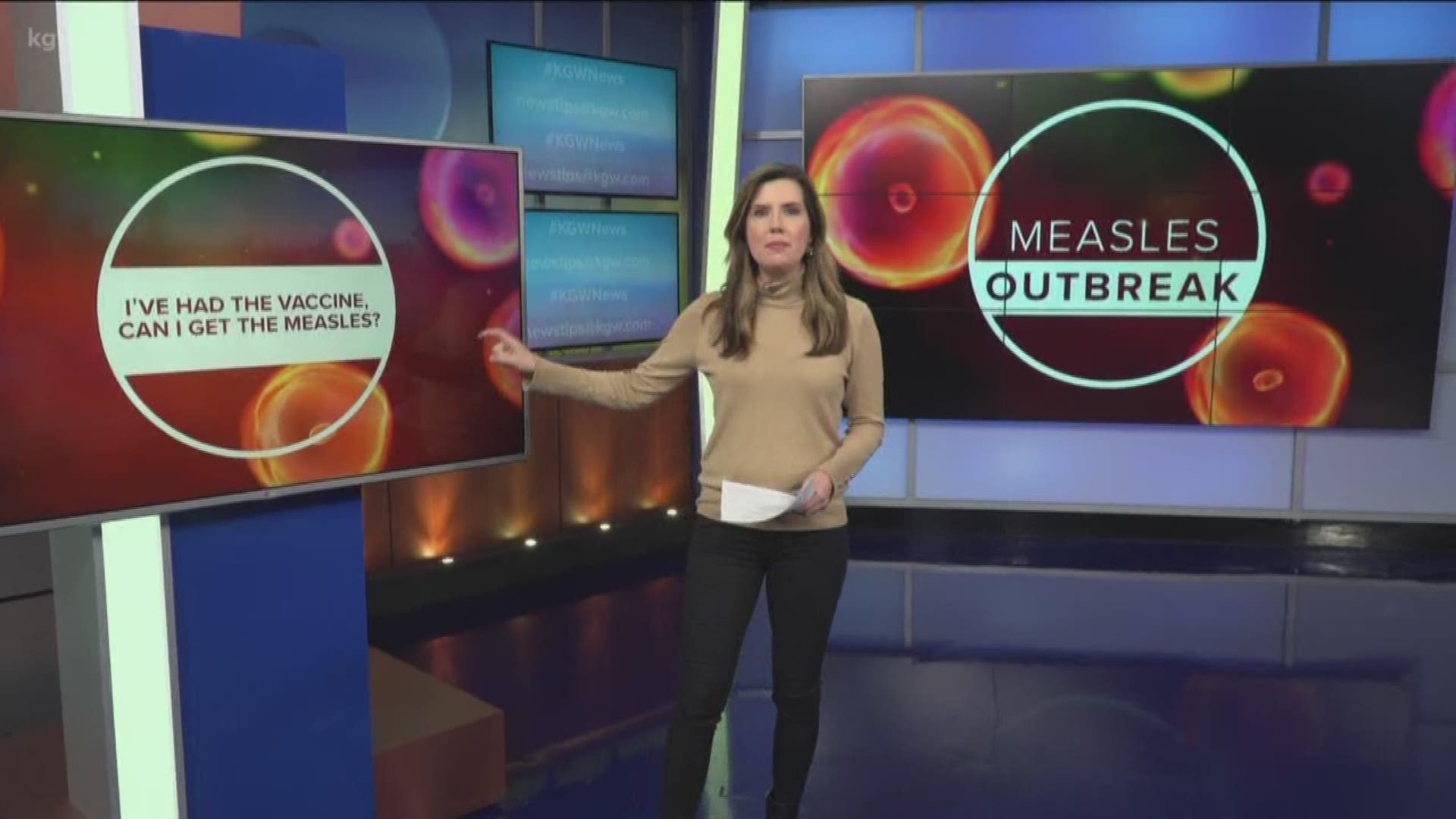 Health officials have confirmed dozens of cases of measles in Clark County and more cases of suspected measles are being investigated.

The outbreak has also spread to Oregon, where health officials say a Multnomah County resident has measles, and the case is linked to the Washington outbreak.

Dr. Vines answered many questions about measles and what people should know. Here's what she said:

No. If you've had the first measles shot you're 93-95% immune. If you've had both shots, you're 95-100% immune. Do not worry, you're safe, even around infected people. Even going to the listed exposure sites. Same with your kids.

No. If you know you had a real case of the measles, you are now immune for life. No chance. It's one and done.

3.) I was vaccinated decades ago, am I still good?

Yes. Once you've had the vaccine, you are good to go. You won't get it. If you're really worried about it, you can get a new measles, mumps, rubella shot. There's no harm in getting a new one.

You can get a new measles, mumps, rubella shot. There's no harm in getting a new one. Any doctor's office and pharmacy can give you one. It's never too late.

5.) How at risk are babies younger than 1 who can't get the vaccine yet?

Be careful exposing them to large crowds or very busy places. But because measles is so rare, it's likely they'll be fine. They can get their first shot at 1-year-old. You can get them the shot earlier, at 6 months, if you'll be traveling or are really concerned about it. Then, they'll still need that 12-month shot and the second one at 4-6 years-old.

6.) How soon after the shot are you immune?

7.) I had the shot but a test now shows low immunity, am I safe?

Yes. Those immunity tests are not very reliable, doctors say. If you've had the vaccine, that means you're safe, not an immune test.If you're really worried about it, you can get another MMR shot.

8.) Is it safe to go to the locations on the exposure list?

Yes! Those dates and times have long passed and the measles aren't still in the air. If you're vaccinated, you're especially safe. Even if you were there at the same time as an infected person.

9.) What's deadlier, the flu or measles?

The flu! In 2017, the CDC says 80,000 Americans died of the flu. In the past 18 years, 11 people have died of the measles. The measles is a one-time vaccine for life. The flu requires a yearly vaccine that isn't perfect.

WATCH: Q&A with Dr. Jennifer Vines on the measles outbreak

Of the 36 confirmed cases in Clark County:

Of the people found with the virus, 32 were unvaccinated. It is unclear whether the other four people were vaccinated or not.

People with the disease may have exposed others at health clinics, schools, restaurants and other locations, including OMSI, Portland International Airport and the Moda Center. Click here for a full list of exposure sites.

RELATED: What you need to know about measles: common questions answered