Gina's Story: A message of hope after cancer and a miscarriage

Gina Lee Gossett talks about her emotional journey to motherhood after undergoing treatment at UW Medicine. 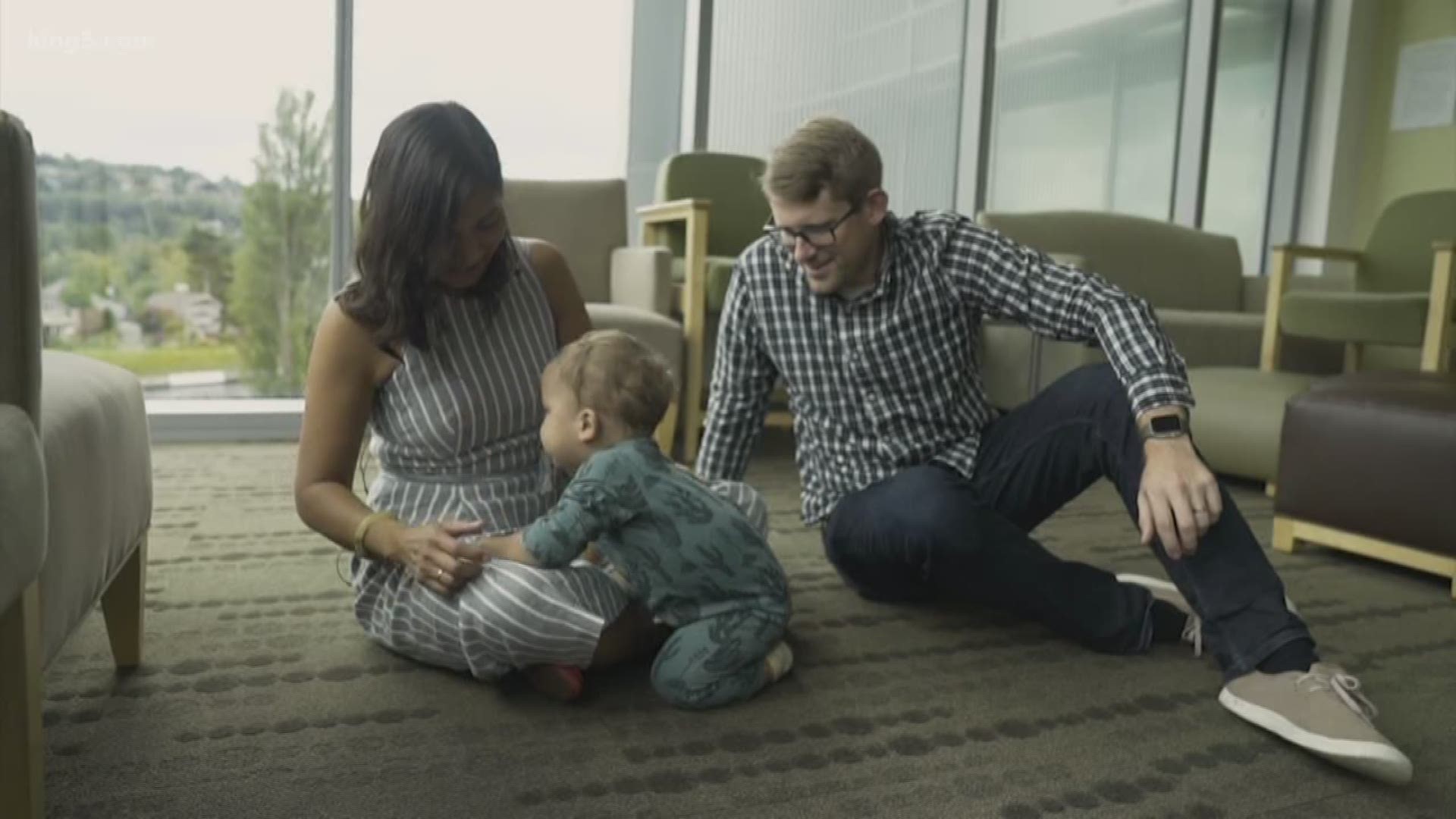 Gina Lee Gossett told her husband Dan they should go on one last big vacation before they started a family.

Months after that trip, the couple found out they were pregnant.

"When I was 13 weeks pregnant, I went in for my regular exam, but I had some light spotting the night before," Gina explained. "When she was doing the exam, she noticed a bump on my cervix that hadn't been there at the six-week life check appointment."

"My husband and I were pretty devastated. We didn't know what that meant for the baby," said Gina. "My best friend's mom has passed away from cervical cancer right after college, so I was really scared."

The couple lived in rural Montana, so they were trying to figure out their options.

"I didn't really know what to do. I was pretty numb. Then this light bulb sort of when off in my head of, well, I should check UW. And you know, I am from Seattle. All of my friends are here. My parents still live in Washington. So I made the appointment with UW and I got an appointment with Dr. (Barbara) Goff," said Gina.

"They had sort of discovered a bunch of things when they had been treating me in the ICU. I had placenta previa. For me, the most important thing was making sure the baby was okay, and I wanted to make it to term and that is all I really cared about."

During Gina's stay at the hospital, the baby was constantly monitored. Doctors tried to find a heartbeat, and it was not there.

"She wanted to get me into the big machine, and that is when they told me they were sorry. And that's when I found out we were no longer pregnant," said Gina.

A month later, Gina found out the tumor had spread. She needed to have a hysterectomy.

"At that same appointment, Dr. Goff said, 'I want to put you in touch with our reproductive endocrinologist, and I am getting you an appointment this afternoon.' And so that is how we went from, I was able to get pregnant, no problem. I am going to have this baby, no problem. To — okay I am going to do IVF and someone else is going to carry this baby for me. It was a huge jump," said Gina.

Gina posted on Facebook, asking if anyone had any interest or knew of someone who would be interested in being a gestational carrier.

"My friend, Lori, who I hadn't spoken to since our wedding a few years ago popped up and said 'I'm in. I'll do it.' It was amazing," said Gina. "That summer, I had the hysterectomy. I did six rounds of chemotherapy. Eight weeks of radiation. And that was finished up in September. In December, we were transferring one of our embryos into Lori, and eight months later our little Oliver showed up. Ever since then he has just been a blessing and so amazing."

Gina Lee Gosset explains why she chose to receive care at the University of Washington Medical Center here: