Doctors say while it is uncommon, it is nothing to be concerned about and a normal immune response. 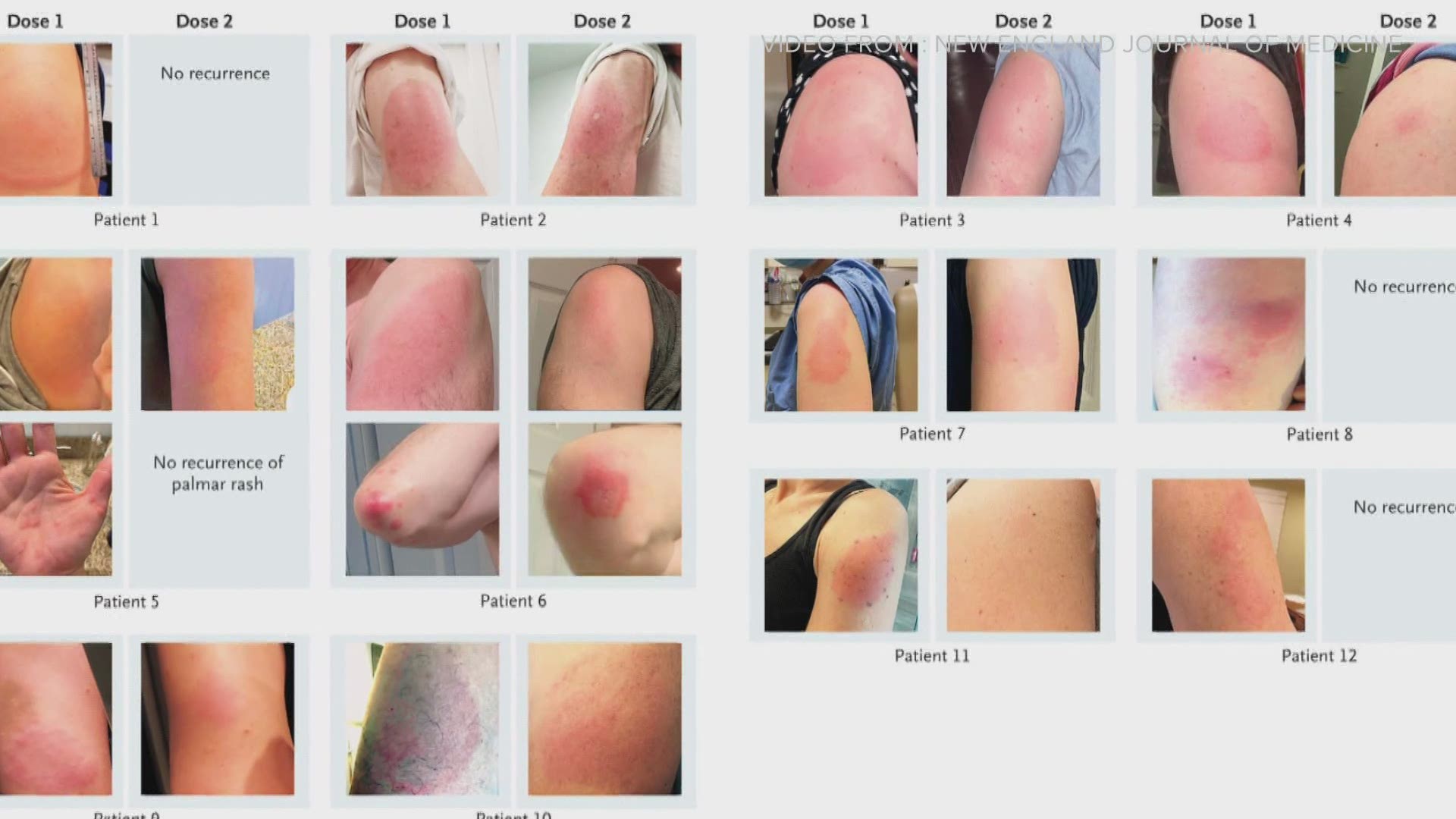 SEATTLE — As thousands of people get the COVID-19 vaccine each day, a new but uncommon side effect has emerged among the vaccinated.

Some are already calling it "COVID arm" to describe a delayed side effect that includes redness and itchiness at the injection site that can resemble a rash.

An article published in the New England Journal of Medicine this month reported, among the 30,420 participants in a clinical trial for the Moderna vaccine, 244 or 0.8% of the participants experienced COVID arm. The reactions showed up among 68 participants after the second dose.

Dr. Paul Pottinger, a professor of medicine at the University of Washington's Division of Allergy & Infectious Diseases, said his patients have reported similar side effects.

"It's very clearly a delayed, allergic-type of reaction to something in the vaccine and it's benign, it goes away and it's not a big deal," Pottinger said.

While the participants in the Moderna trial reported the reaction, Pottinger said it could occur with the Pfizer vaccine, which is an mRNA vaccine like the one manufactured by Moderna.

Pottinger said the vaccine could trigger a late immune response at the injection site for some people and that it is only delayed, rather than immediate.

"It's called a delayed hypersensitivity response; it's something that we see in medicine," Pottinger said.

The Centers for Disease Control and Prevention acknowledges the side effect on their website, which advises vaccine administrators to apply the second dose on the opposite arm if someone experiences COVID arm.

The CDC, and Pottinger, strongly recommend people get their second shot as planned, even if they experience the so-called COVID arm.

"People should be reassured that if they are getting an mRNA vaccine, made by either Pfizer or Moderna, and they have this COVID arm experience, they should go ahead and get that second shot," Pottinger said.

Those experiencing new, immediate, or delayed side effects to the vaccine can report their reaction on a CDC survey website, known as V-safe.