With utility disconnections set to resume in Washington, advocates push for more time

Washington banned utility disconnections for non-payment during the pandemic, but that protection is set to expire in July. 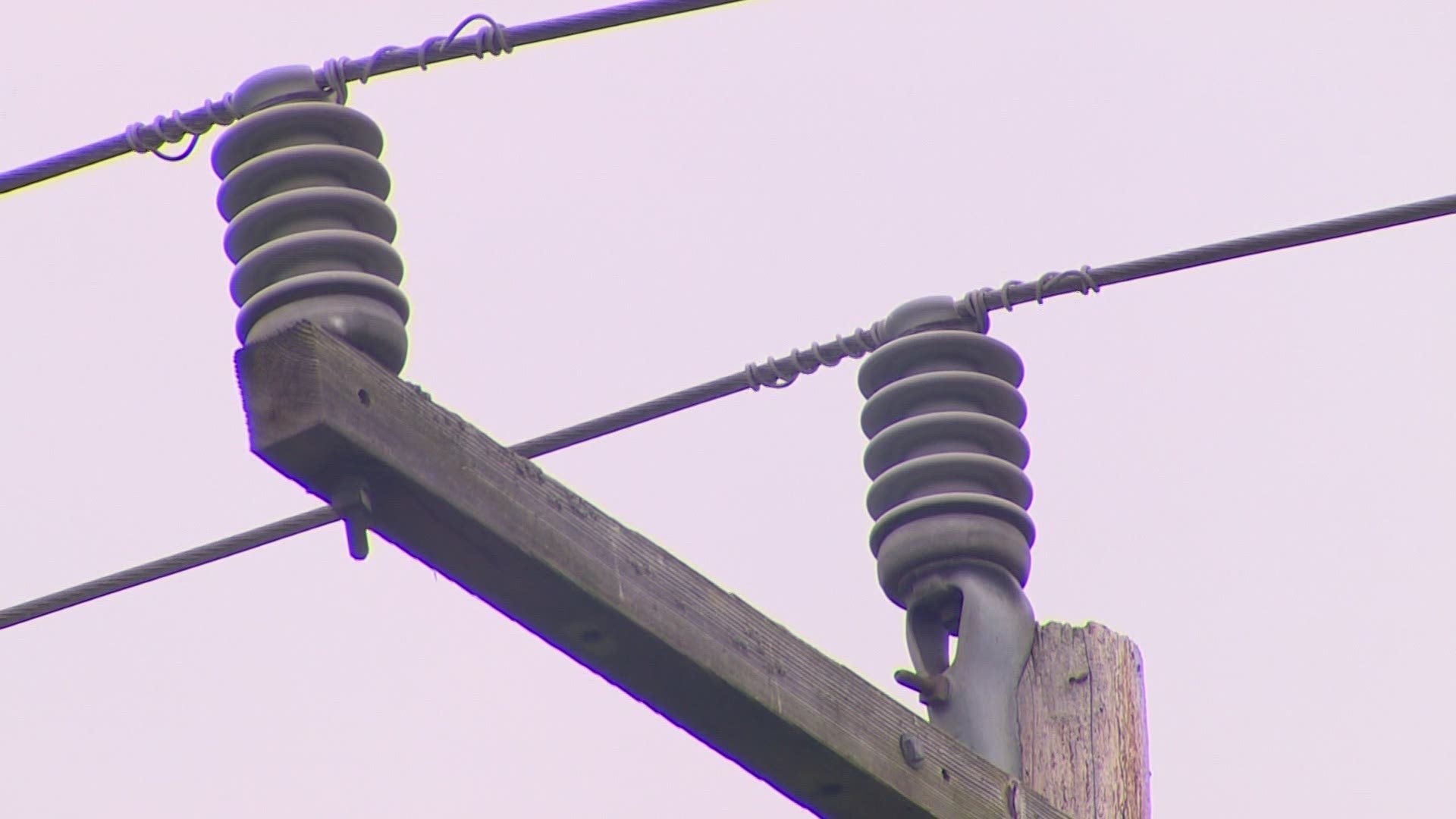 SEATTLE — With some utility shutoffs set to resume this summer, advocates are raising the alarm for people in Washington state that have fallen behind on payments during the pandemic.

Following the May 12 meeting, the Washington Utility and Transportation Commission (UTC) decided to proceed with the planned date of July 31 to allow shutoffs to resume.

Gov. Jay Inslee previously told utilities not to disconnect service during the pandemic, coupled with a moratorium on evictions.

The UTC has oversight over several private utilities such as Puget Sound Energy (PSE), Avista, Pacific Power, Cascade and Northwest Natural. This does not include government-operated bodies such as Seattle City Light or Seattle Public Utilities, or public utility districts (PUDs).

“We’re tremendously worried because there are a lot of people who have a mountain of unpaid bills that are going to come due all at once,” said Ruth Sawyer, climate organizer for the Sierra Club in Seattle.

The Sierra Club and a coalition of advocates argued it is too soon to resume disconnections, citing issues of equity and access. Namely, issues of access to assistance programs like language barriers and a disproportionate impact on low-income and BIPOC families.

A 2020 report by Puget Sound Sage found 72% of Seattle households eligible for low-income bill assistance received it. That number falls to 33% outside of Seattle.

“I hope that we don't have a lot of people shut off July 31,” Sawyer said. “And I think it's really up to the utilities and our state regulators to do the work to make sure that doesn't happen.”

PSE, the largest private utility in the state with more than 1.5 million customers, said the number of accounts behind on bills has more than doubled pre-pandemic levels.

“Right now, we have more than 100,000 customers that are behind on their bills,” said Carol Wallace, director of customer solutions with PSE.

Wallace noted that the number also includes customers just one day overdue, making it difficult to quantify the scale.

Wallace said PSE, which voluntarily suspended disconnections prior to the governor’s order last year, does plan to resume July 31. Wallace noted since July 31 is a Saturday, the effective date will be Aug. 2.

“We will, and we will have to start out obviously letting our customers know that that's happening, and that there's help for them if they can't pay their bills,” said Wallace.

PSE spent $9 million on 15,000 customers through its emergency bill assistance program, Wallace said. It has allocated an additional $27.7 million to help customers catch up.

"We haven't seen a lot of people taking us up on our payment arrangements yet," said Wallace. "But we did see an increase over the last couple weeks of about 36%."

Wallace said anyone that calls to request a repayment plan for past-due bills will not have service disconnected, and assistance for low-income customers is available. Repayment plans go up to 18 months.

Sawyer had similar advice: if you're having trouble paying utility bills, reach out to your provider first for options. Washington required utilities to create COVID-19 Customer Support Programs.

Previously, Inslee extended the deadline for disconnections. His office indicated Monday there were no plans to issue another extension, though that's subject to change in the next two months.

Sawyer said while they hope this happens again, and pushes it out to at least September so people can access resources prior to the cutoff date, they also hope for a system change in the way power is sold.

“I think we're starting to look at, again, those permanent solutions to getting a fairer system that protects people permanently from high energy bills,” said Sawyer.