Why some Washington restaurants are facing a worker shortage

Just as diners are finally returning, many Washington restaurants can't find workers to serve them. 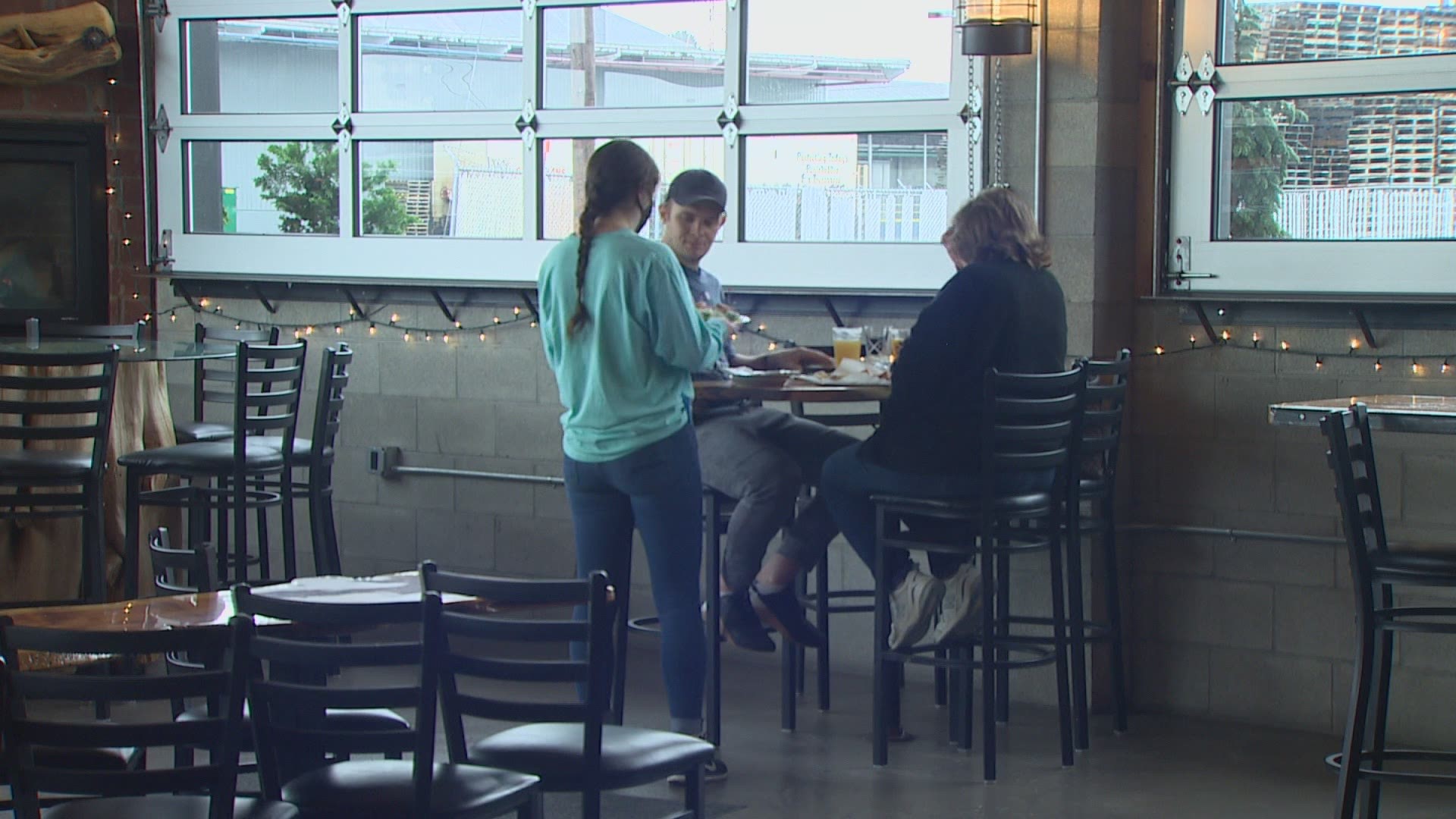 BURLINGTON, Wash. — The financial comeback is finally on track at Burlington's Railroad Pub & Pizza. Customers, hungry for some normalcy, are filling the seats.

Washington's hospitality industry lost 140,000 jobs during the pandemic and fewer than 40% of those workers have returned.

Crandall is down at least 10 people between the pub and the nearby Train Wreck Bar & Grill, which he also owns. He's been forced to hire people with zero experience, while at the same time, consider paying them more as an enticement back into the workforce.

"We're having meetings about bumping up the pay scale, but then the price of food and alcohol for the customer is gonna go up," Crandall said. "Everything is going up. People have to pay more, so they have to make more."

The shortage is being fueled by some former restaurant workers finding new careers that are more stable. Others have gone back to school.

Crandall believes the additional $300 in weekly federal unemployment benefits is largely to blame.

"How can you still be giving extra unemployment out? I don't blame the people for taking it. The government is giving them extra money. Why would they want to go back to work? They're making more money staying home, but something's got to give," Crandall said.

Employment Security Department economist Anneliese Vance-Sherman said there is much more involved as people decide when and whether to go back to work.

"We have seen a lot of instability. There are constraints on child care availability. Online or hybrid schooling impacts if people are available for work. There is the virus itself, as well as concerns about one's own health and the health of their family."

Vance-Sherman said one thing that would likely push people back into the labor pool is reinstating the requirement for people to be looking for work in order to collect unemployment benefits.

There has been no word from Gov. Jay Inslee as to when that might happen.

All this comes as tulip season is in full bloom in Skagit County. In a normal year, the tulips and tourists bring more than $60 million to the Skagit Valley. It's like the Christmas shopping season for nearby restaurants and other small businesses.

Then, there are ever-present concerns about a possible rollback to Phase 2 in Skagit County, with coronavirus cases back on the rise.

RELATED: Skagit County could slip back to Phase 2 if COVID-19 trends continue rising

It's yet another crossroads for virus-weary restaurants like Railroad Pub & Pizza.

"I just can't go backwards anymore," Crandall said. "We just have to keep rolling and whatever happens, happens."