What you need to know about coronavirus Saturday, Aug. 8 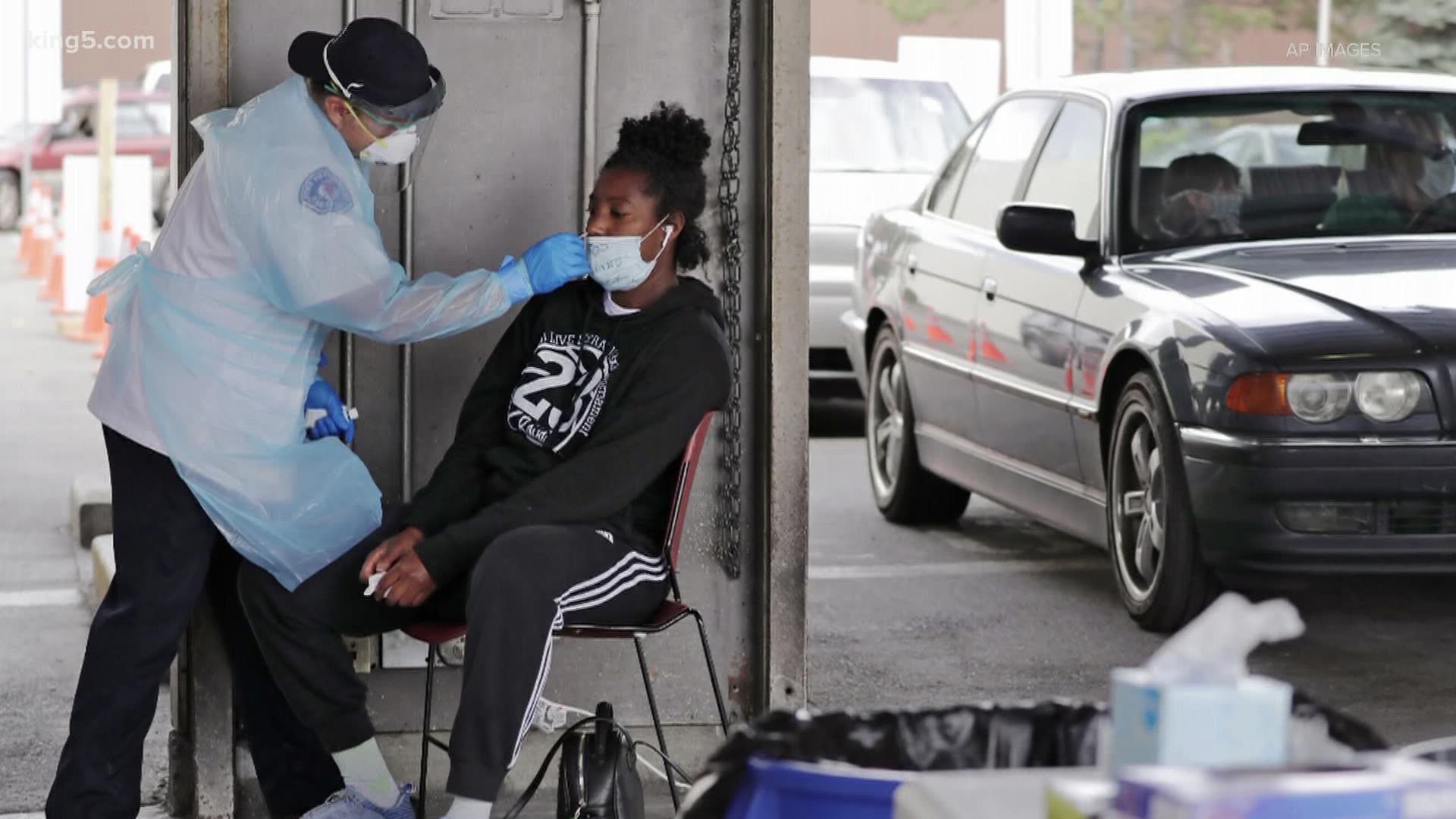 Seizing the power of his podium and his pen, President Donald Trump on Saturday moved to bypass the nation's elected lawmakers as he claimed the authority to defer payroll taxes and extend an expired unemployment benefit after negotiations with Congress on a new coronavirus rescue package collapsed.

At his private country club in Bedminster, New Jersey, Trump signed four executive orders to act where Congress hasn't, contending Washington's gridlock had compelled him to act as the pandemic undermined the country's economy and imperiled his November reelection hopes.

A person tested positive for COVID-19 after attending a wedding ceremony in Kittitas County earlier this month and now health officials are trying to notify everyone in attendance so they can get tested.

The wedding was held Sunday, August 2 at the Cattle Barn Ranch wedding venue in Cle Elum, according to a release from the Kittitas County Incident Management Team (IMT).

US reports show racial disparities in children with COVID-19

A male under the age of 20 is the youngest person to die from COVID-19 complications in Washington state, according to a release from Tacoma-Pierce County Health Department on Saturday.

Limited information was provided about the male, only that he was a South Hill resident with no reported underlying health conditions, health officials said. His exact age was not provided, only that he was under the age of 20.

Earlier this week KING 5 reported on the death of 19-year-old Eli Sevener who graduated from Puyallup High School. But the health department has not confirmed the name of the person who died.

New data from the University of Washington predicts the coronavirus death toll in the United States could hit nearly 300,000 by December.

The UW's Institute for Health Metrics and Evaluation (IHME) said Thursday it is now projecting 295,011 deaths by December.

However, if 95% of the country started consistently wearing masks when leaving their homes today, the latest projection for deaths drops by 49% to 228,271.

Tahoma High School students are butting heads with the Tahoma School Board, upset with the changes made to their class schedule as a result of the coronavirus pandemic.

Students in the Tahoma School District will start the school year learning online from home, but it's the way the classes are arranged that has students worried.

The City of Seattle will open a free walk-up COVID-19 testing site at Rainier Beach High School on Friday. It is the third free testing site the city has opened, with plans for a fourth site in southwest Seattle.

Starting August 7, the community testing site will operate from 9:30 a.m. to 5:30 p.m. on Mondays, Wednesdays, Thursdays, Fridays, and Saturdays. Unlike other sites opened by the city, this testing site is a walk-up and not a drive-through.

For the first time in its 38-year history, today Taste Edmonds was canceled. This event was the saving grace for the Edmonds Chamber of Commerce.

“Some of my best friends from growing up have dubbed it ‘Kels-mas’ because it’s like Christmas for me,” said Edmonds resident Kelsey Foster. She has gone to Taste Edmonds for 30 years.

The chamber canceled its 4th of July celebration this year. Now Taste Edmonds is the latest casualty in events stopped due to COVID-19 restrictions. 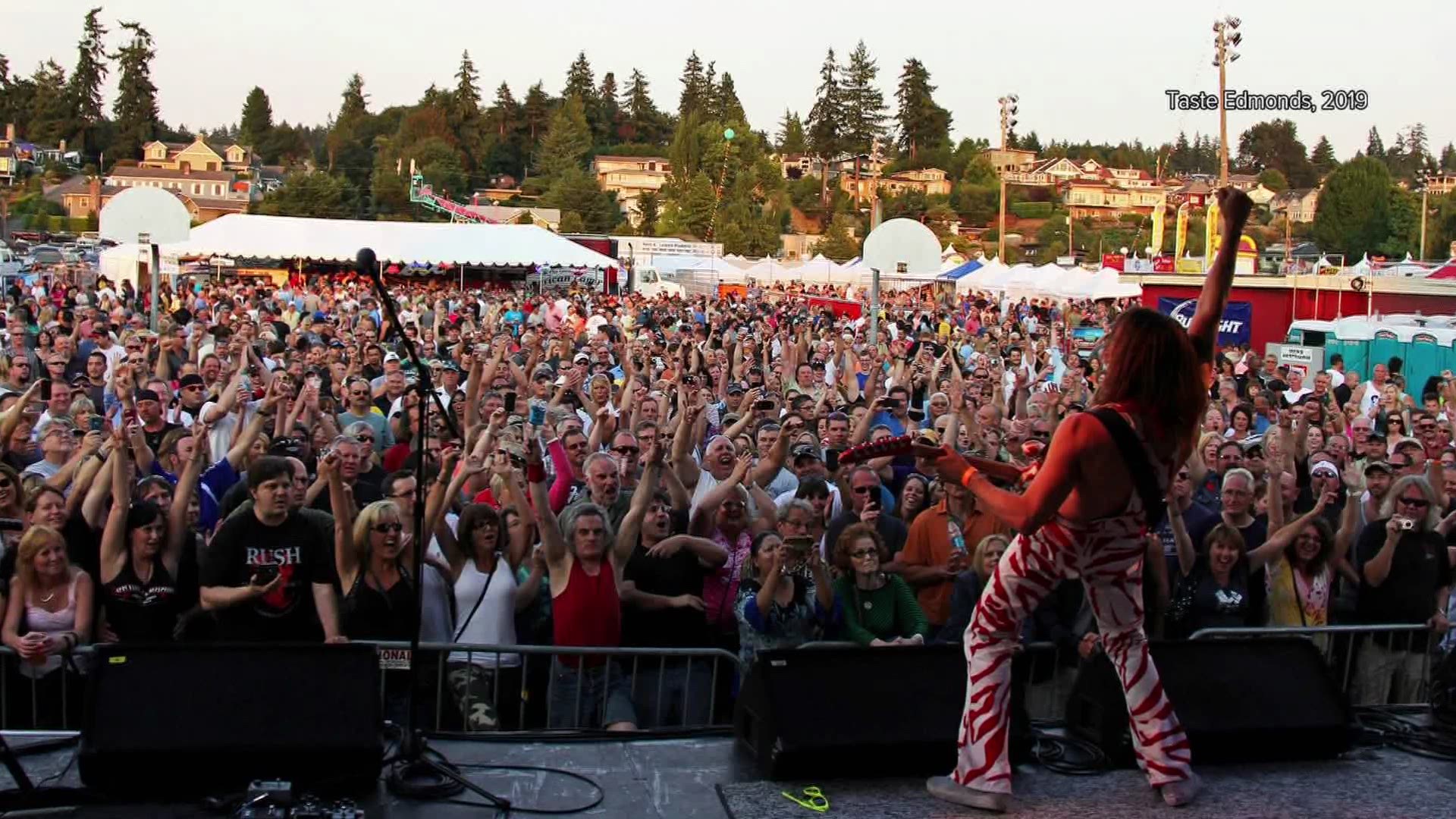