What are the signs of economic recovery? Seattle expert weighs in on Phase 3 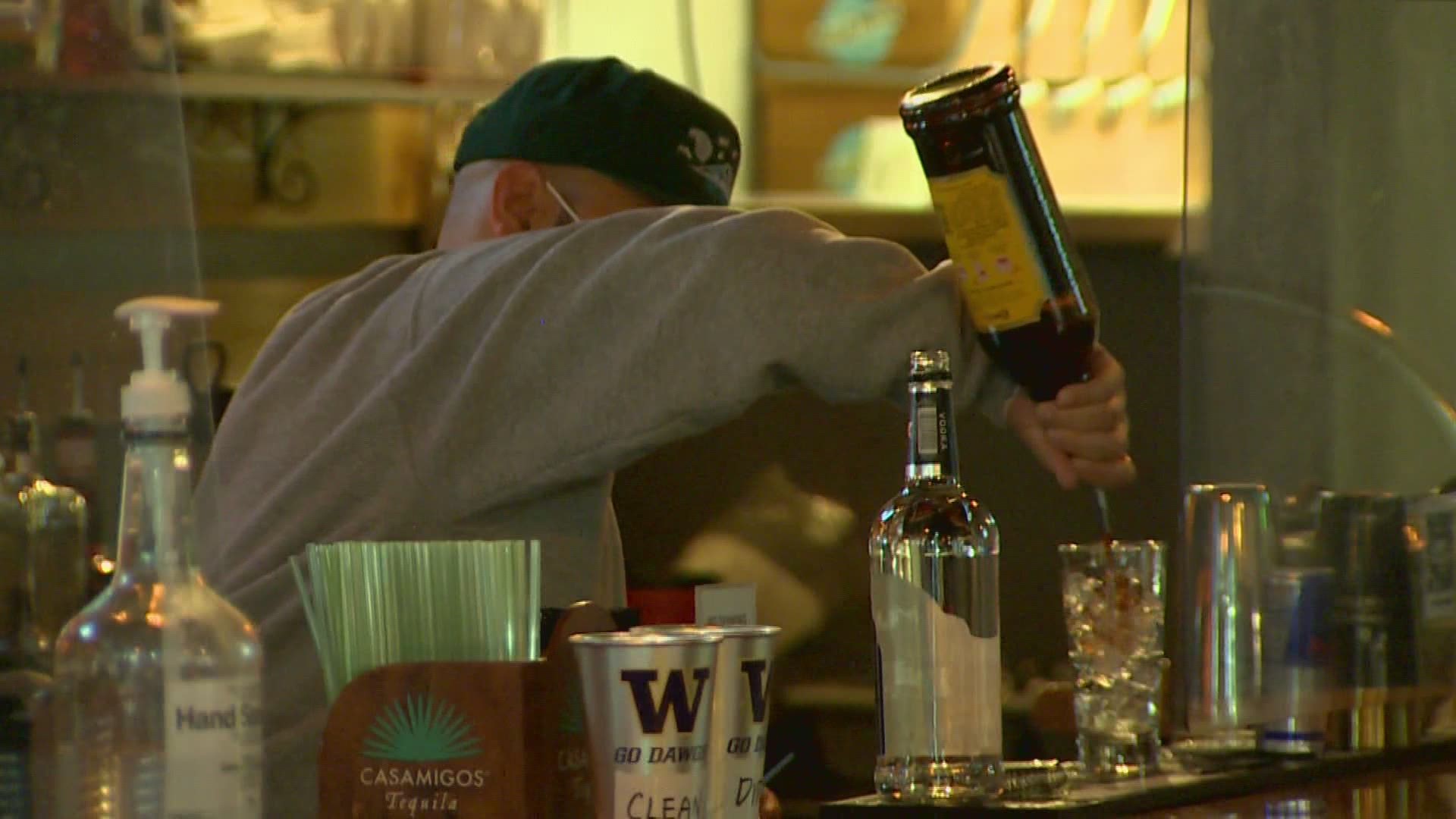 SEATTLE — Washington entered Phase 3 of the state's "Healthy Washington" reopening plan on Monday. That means 50% capacity at most indoor businesses, including restaurants, gyms and movie theaters.

On Monday, Microsoft announced plans for the return of some employees to its Redmond headquarters. But we shouldn't use announcement's like this as a benchmark for economic recovery, said Vladimir Dashkeev, assistant professor of economics at Seattle University.

"What they're doing is probably targeted at making their employees more comfortable, in the sense that not everybody likes working from home, and some people's environment doesn't allow them to work efficiently,” Dashkeev said.

Instead, Dashkeev said recovery lies in industries that took the hardest hits.

"Most of the employment losses came exactly from the losses in such sectors like hospitality, restaurant businesses, travel, maybe sporting events,” he said.

As of March 22, restaurants can welcome back diners at 50% capacity, but consumer confidence must catch up.

"Once the governor says that the capacity is increased to 50%, but the businesses are not operating at a 50% capacity yet, that means that the recession is nowhere to be over," Dashkeev said.

He said he’ll be looking to see if consumer behavior changes significantly over the next few months, after a tough year of adjusting to life during a pandemic.

"We're humans, we have fears, and our economic activity is the reflection of our human nature,” Dashkeev said.