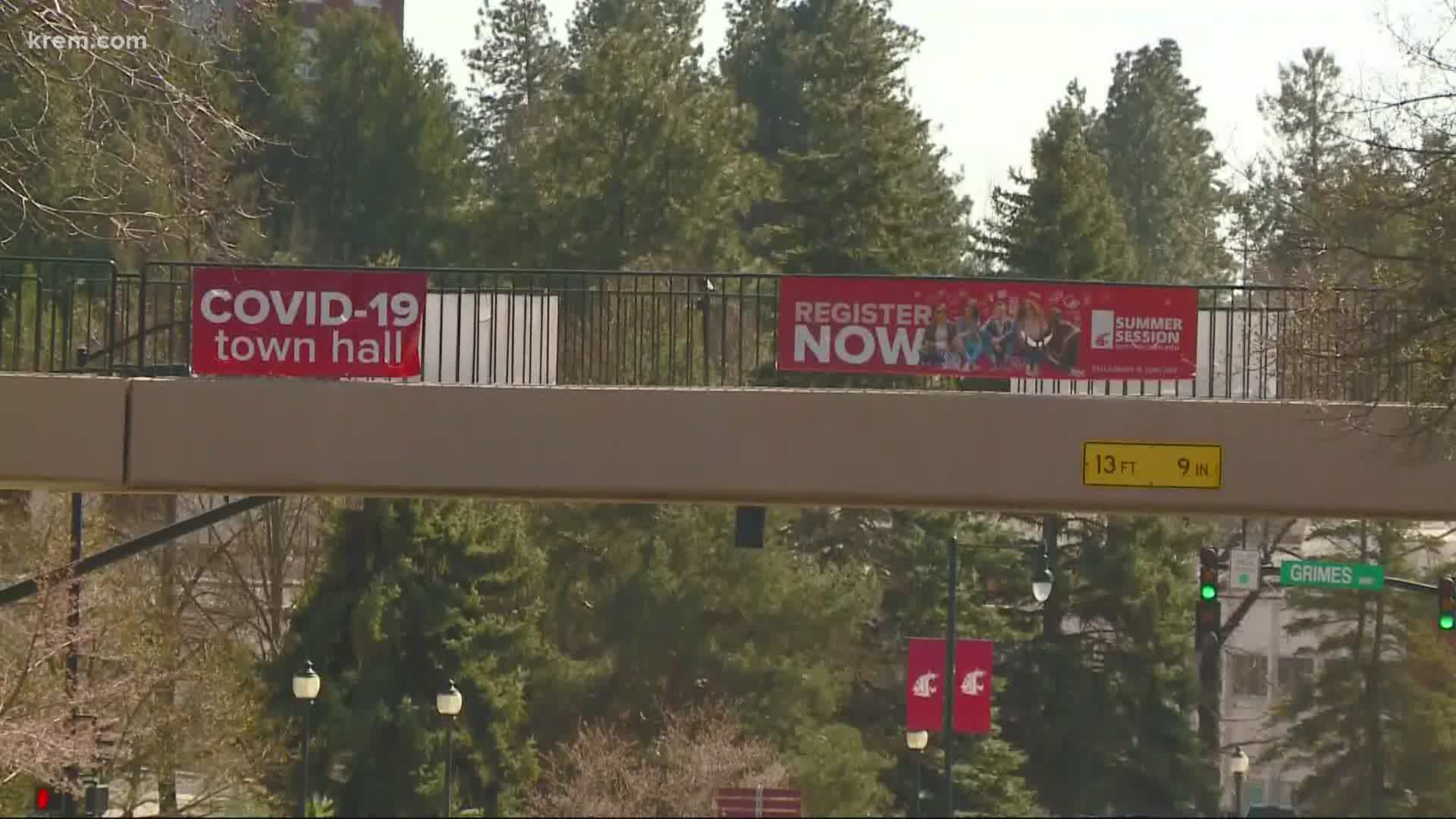 PULLMAN, Wash. — The second half of August has not been friendly to the Cougs when it comes to success against COVID-19.

“We’re really disturbed by those numbers,” said Phil Weiler, Vice President of Marketing and Communications at WSU, after the university asked students to not come back to their Pullman campus back in July. “Our concern is that Pullman has a great healthcare system in normal times, but clearly with COVID-19, this isn't a normal time, and we didn't want to have a huge influx of students."

In talking to students ahead of the fall semester, Weiler said staff members at WSU heard from many who felt like they had no choice but to return.

"A lot of students had leases with either off-campus houses or off-campus apartments,” Weiler said. “What we're seeing is students making the decision to return to Pullman, because they're already paying that rent anyway, and I think that's why we're starting to see these surges in positive test cases.”

Fines would start at $250 for a first-time offender, rising to $350 for a second offense, and repeat offenders could face a misdemeanor charge.

Weiler said any student who has any run-in with local law enforcement or faces civil penalties could also face penalties from WSU. But university leaders would rather educate students than punish them.

That’s why they rolled out their new "Cougs Cancel COVID" campaign ahead of the weekend, which is aimed at educating students. The initiative also aims to help provide necessary resources for any students who catch the coronavirus.

WSU has also announced they are “aggressively expanding” COVID-19 testing capacity at a fixed site on the Pullman campus.

University officials plan to bring a mobile testing site to the campus by early September to bridge the gap until that fixed site is fully operational.