After more than 60 years of business, Glacier Lanes in Everett closed permanently. Others fear the same fate. 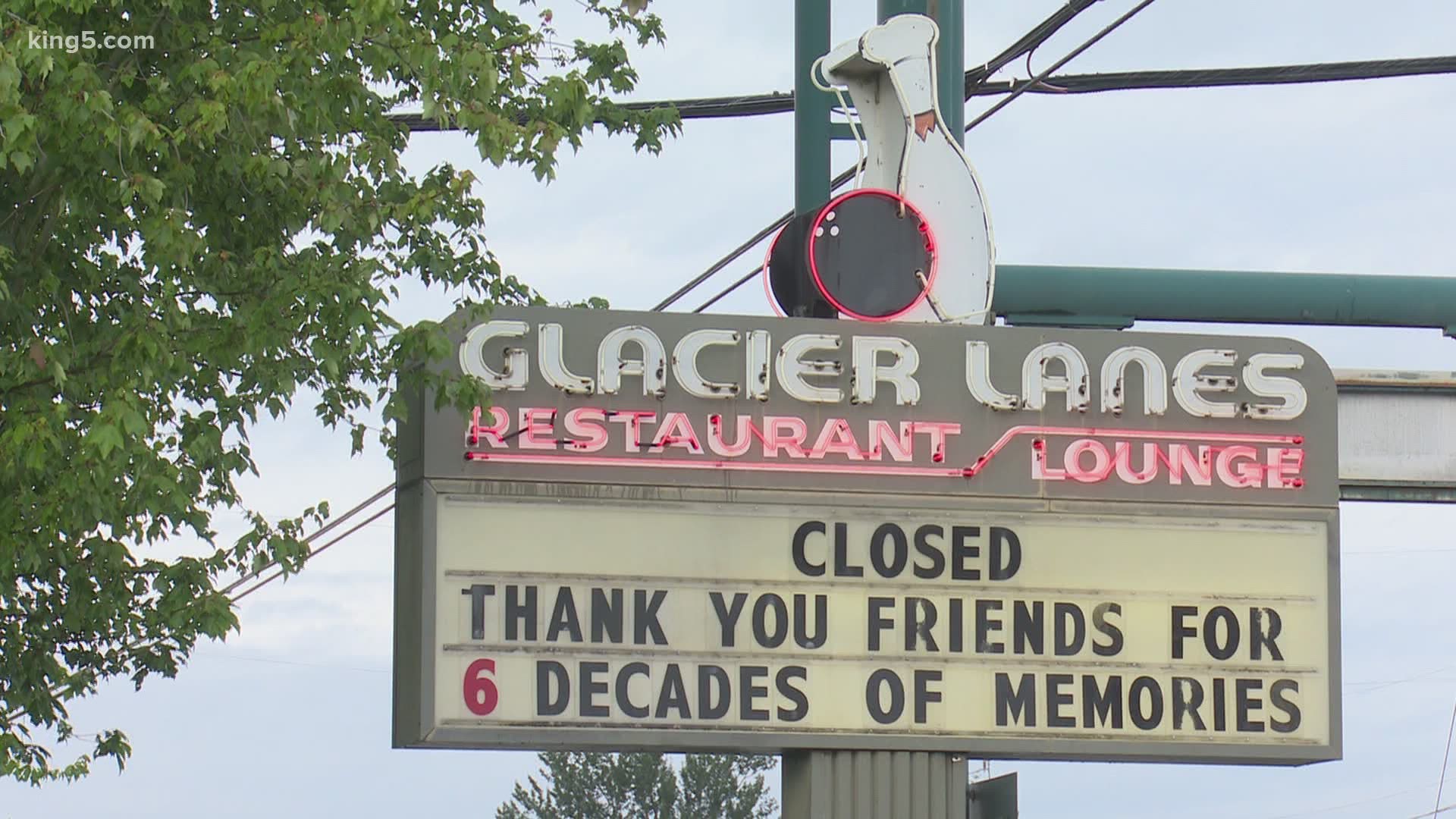 Now, owners of bowling centers across the state are fearful that if a change isn’t made to the governor’s phased approach to reopening the state, others will see the same fate.

“It’s mostly family-owned businesses, and they’re the ones that are hit the hardest,” said Jason Hoff, the owner of Evergreen Lanes in Everett.

His business temporarily shut down months ago when the state went into the stay-at-home order.

Bowling alleys had been included as one of the businesses that could reopen in Phase 3. Seventeen of the state's 39 counties are in Phase 3.

But Gov. Jay Inslee reworked his phased approach to reopening the state and bowling alleys were pushed to the least restrictive phase, Phase 4. No counties are in Phase 4.

“We kind of feel like we’ve been almost ignored and then when we finally got acknowledged, we got pushed back and we really couldn’t figure out why,” Hoff said.

It would leave the bowling alleys closed for many months more.

“Their current timeline on Phase 4 is May or June of next year. There’s almost no chance that any bowling centers are going to last that long,” said Hoff.

Hoff’s business is just three miles down the road from Glacier Lanes, which closed on Aug. 3.

“They just couldn’t make it and that’s incredibly frustrating as somebody that legitimately cares about the sport,” Hoff said.

Greg Olsen of the Washington State Bowling Proprietors Association has helped plan rallies this weekend across the state calling for the governor to change his stance.

He says bowling alleys should not be lumped in with crowded concerts or large-scale sporting events with fans, two other activities prohibited until Phase 4.

“For us to be in Phase 4, which is the equivalent of you and I and our friends going to a U2 concert,” Olsen said.

Olsen said the bowling alley association has been working on comprehensive plans for how they can safely re-open. He says their facilities allow for better social distancing than gyms and grocery stores.

They've set up a website to try and bring awareness to the struggling businesses.

“There’s 45 states that have bowling open and we’re one of five [that don't]. We just want a chance,” Olsen said.

Both Olsen and Hoff fear this could be the last strike for many family-owned bowling centers.

Hoff said if his landlord weren't so understanding, he would most likely be out of business.

“If this goes to May or June there’s very little chance I’d survive, and I have legitimate concerns that we’re going to lose 90% of centers before that hits if we can’t come up with some sort of solution with the governor’s office,” Hoff said.