As the governor lifts some restrictions for the hospitality industry, a restaurant owner raises concerns about how the weather will impact the business climate. 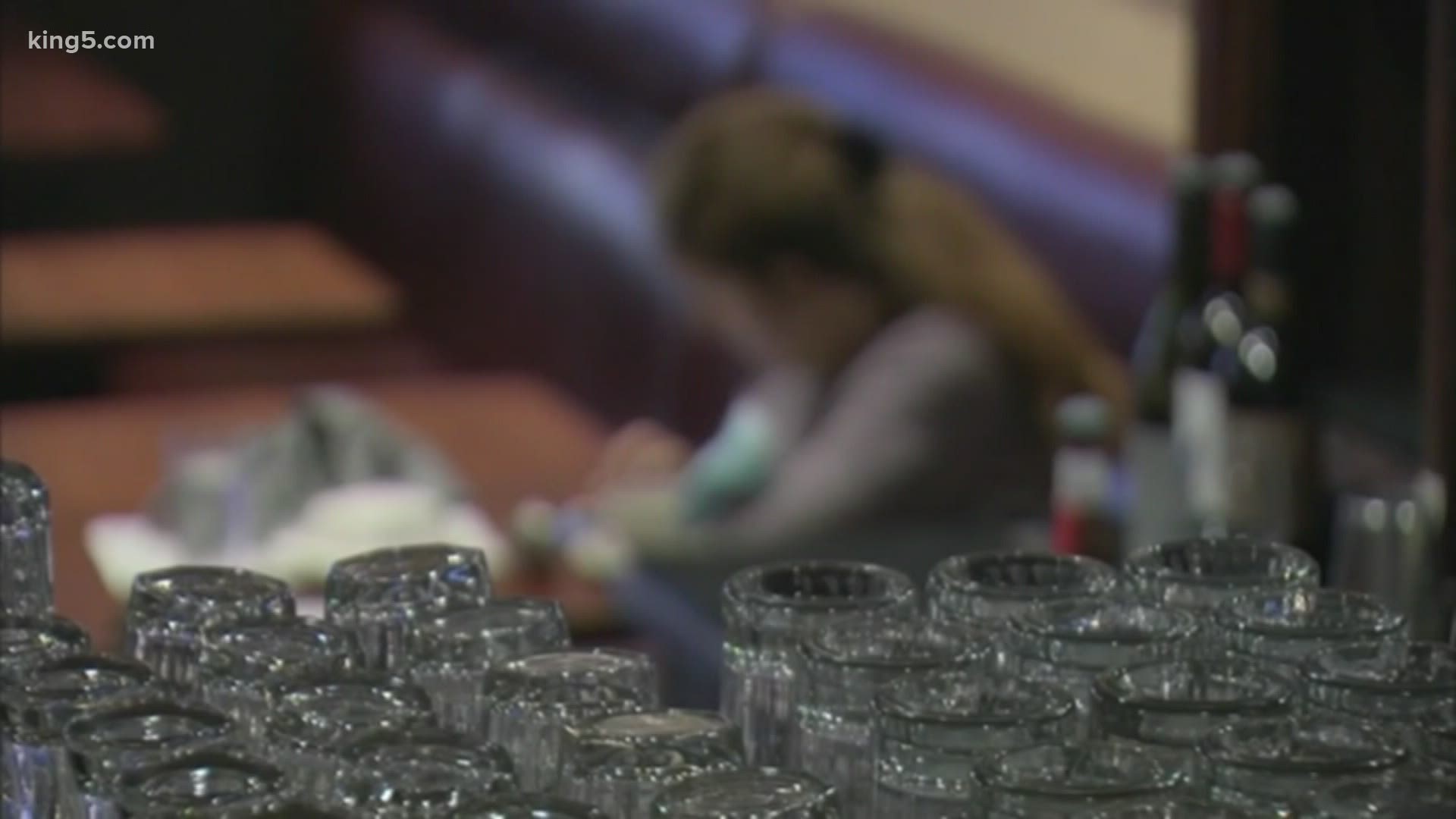 SEATTLE — At Jack's BBQ, a place all about cooking low and slow, owner Jack Timmons, also describes a race against time.

"It's a race with your cash flow," Timmons said.

Timmons opened Jack's BBQ six years ago. Since March, for his restaurant, it's been a rollercoaster.

The business survived the initial shutdown caused by the pandemic. Since then he has put in a divider at the front counter, tables are 12 feet apart, and masks are required.

He says a PPP loan provided an initial boost. Additional patio seating led to business picking up over the summer.

But now he's concerned about the weather.

"Now that the winter's coming, we really need Phase 3 to stay in business," Timmons said.

King County is currently in Phase 2 of the state's Safe Start reopening plan which means restaurants can operate at 50% of the maximum building capacity. Phase 3 allows for 75%.

Timmons says he wants to get to Phase 3 because he knows the colder weather that's coming will make the patio less popular. It's a dining dilemma for restaurants around the region.

Based on anectdotal information, Washington Hospitality Association is budgeting for a 35% decrease in dine-in locations because of the possibility of permanent closures over the next 12 months.

That does not surprise Timmons, who knows the numbers well.

"You have 3% to 5% of your sales going into packaging, with delivery services being extraordinary at 15% to 30%, and if you're in a 10% profit margin, all of a sudden you're in the red," Timmons said.

Despite the setbacks, he is still determined to keep the doors open.

Before the pandemic, Timmons was going to open another location in King County.

He still plans to do that at the end of the month. He says even though sales are down about 40%, he has been able to bring back 60 of his 80 employees.