Employment Security Department officials say the names of potentially thousands of Washingtonians were used to make fake unemployment claims and defraud the state. 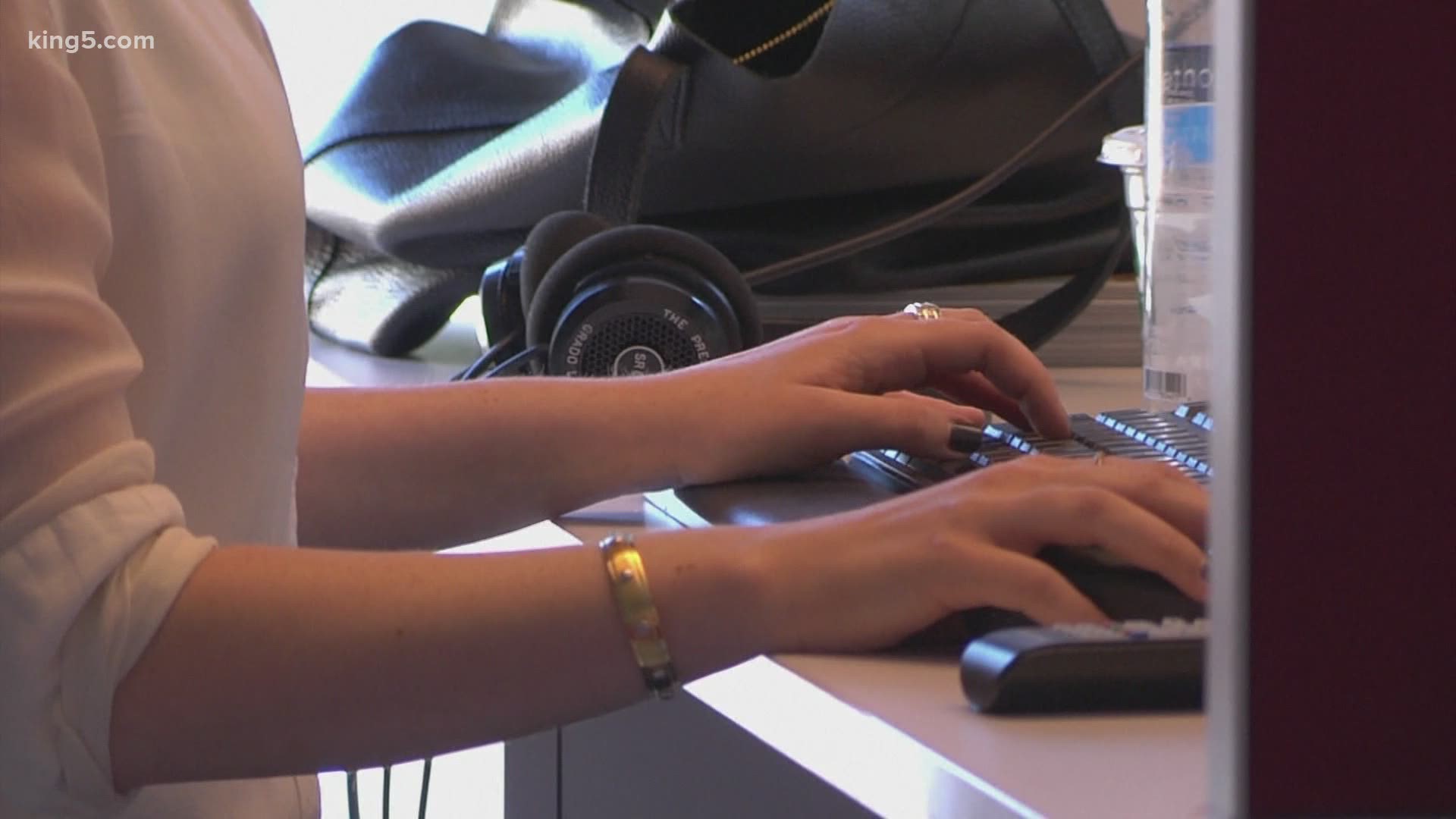 EDMONDS, Wash. — Officials with Washington's Employment Security Department (ESD) say a joint state and federal investigation is having results and they expect massive amounts of cash defrauded from government coffers to be recovered.

Employment Security Department Commissioner Suzi Levine says the names of potentially thousands of Washingtonians, many who remain employed, were used to make fake unemployment claims and defraud the state of hundreds of millions of dollars.

The state was hit especially hard in the early weeks of the coronavirus pandemic, as state and federal benefits ramped up to handle the sharp and staggering number of claims.

Coleen Anderson, of Kenmore, says she's one of those employed people who got letters from ESD stating the amount of unemployment she could expect to receive and then another showing that figure went to zero.

“And, well, since I was the last one to get this along with my husband and all my friends, I was not surprised that way,” said Anderson.

She says she received six letters from the state on the same day, though the dates on the letters were different. She says she knows personally of 20 people who have also received the letters, all but one is employed.

RELATED: What’s a SAW account? Why you should register to prevent unemployment fraud

Anderson says she’s aware of at least ten more cases through friends bringing the total number of cases she’s aware of to more than 30. Her husband and her cousin got similar letters before she received hers.

One of Anderson’s concerns, while employed now, is will this damage her ability to claim benefits in the future if the economy continues to head south?

“In six to eight months, who knows where we’re at. If we need to go in and use it [ESD's website], it’s not a hassle then," said Anderson.

Commissioner Levine says she will make sure victim’s rights are protected, and those where benefits were paid out to the criminals won’t be liable for any sort of repayment.

Levine says because of the ongoing investigation, she's limited in what she can say and she doesn't want to publicly provide a road map for further fraud.

Anderson and others wonder if ESD was hacked, and how would somebody who stole a credit card number or a more typical form of identity theft know about her employer and enough to fill out the online forms on ESD's website?

But, Levine says people can rest assured the ESD's website itself was not hacked.

“I will say this again because it’s really important. We did not have a data breach,” said Levine. “And the information was not stolen from us. It was the utilization of stolen information on our site.”

Anderson says she's been the victim of identity theft in the past and has a lock on her credit. She reported the fraud to ESD. The agency is also posting information for those who think they have been a victim of the scam.

The rise in fraudulent claims has caused delays in getting legitimate claimants their cash. Levine says delaying deposits until additional verification can be completed is working to block the fraud.

“It’s a balance, how do we balance getting that money out broadly and quickly against how to crackdown against the criminals and frausters,” Levine said.

Levine says other states are also reporting being hit, but Washington could have been an early target in part because it was one of, if not the first state to get enhanced benefits in place, including the additional $600 weekly federal benefit. The state also has one of the most generous unemployment programs in the nation. 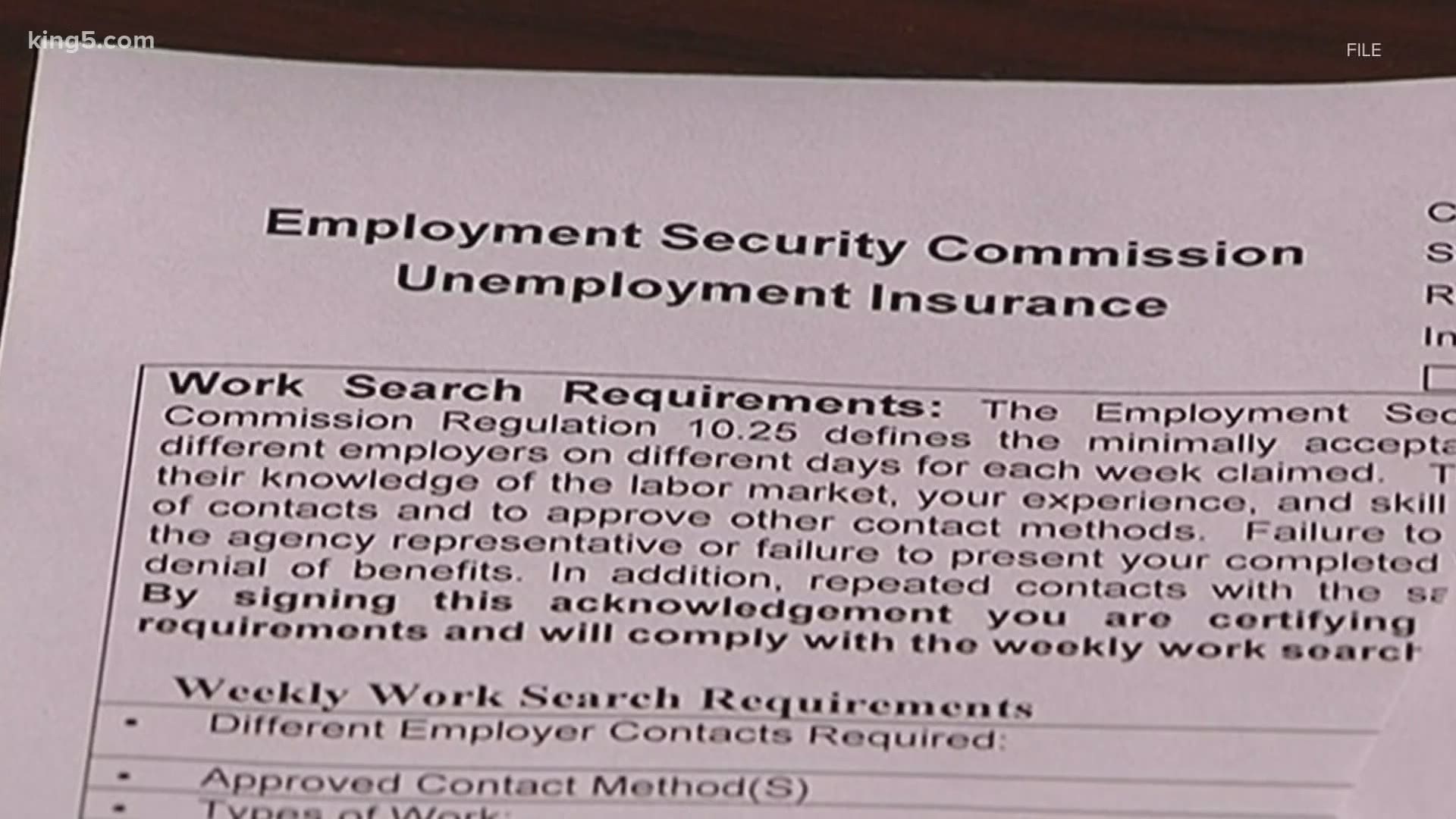