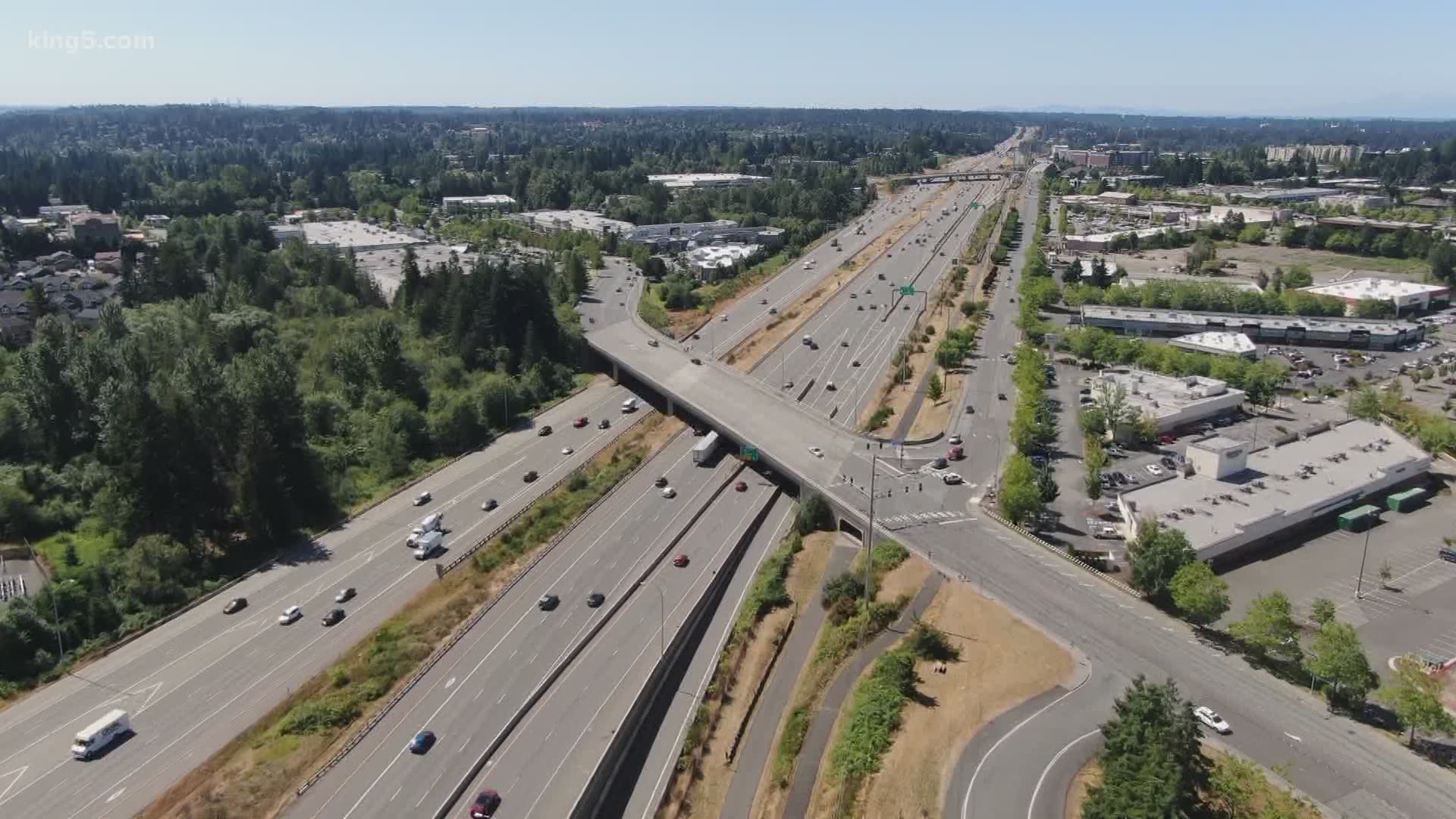 As COVID-19 hit Washington State and people began to stay home, traffic plunged on average 60 percent in the early weeks of the pandemic.

Then as the state began to reopen traffic came roaring back.

Yet, since about the third week in June, the weekday averages are still around 15% below where they were at the time in 2019. Traffic has been in a fairly narrow range, down about 12% to 19%.

“A lot of the change we have seen happen to reopen much of our economy is kind of where it’s at now.  It is plateauing, and I expect it will be that way for quite some time, ” says Chris Mefford, an economist at Community Attributes in Seattle, who is also connected to the University of Washington’s Foster School of Business.

While we are experiencing congestion and even traffic jams, traffic in the Seattle-Tacoma-Everett metro area is not back to its horrible, normal self — at least as we remembered back in 2019.

The Washington State Department of Transportation uses 2019 as a baseline by which 2020 is being measured.

“There’s more traffic down in Federal Way than in Lynnwood,” says Morgan Balogh, a traffic engineer with the agency.

He says jobs in that part of the Puget Sound area are more likely to require people to commute and be on site.

He points to traffic on State Route 167 through Kent and in Tacoma being higher than say the floating bridges across Lake Washington.

Balogh points to the presence of Microsoft and other tech companies that employ lots of people on the eastside.

“It is easier for those people to work from home,” he said.

The SR 520 bridge is also tolled, and tolling is off about 40 percent from its weekday average, no doubt because lake crossers now have time to traverse on I-90.

Yet, in some places traffic is actually back to normal, including Snoqualmie and Stevens passes, say Balogh as people who want to get out, especially since in-city events such as Seafair are canceled because of COVID-19.

Working from home,  high unemployment, fewer trips out to restaurants and stores, all seem to keep a lid on traffic growth.

“Corridors where freight travels are a good indicator of things like the supply chain. How manufacturers are getting their components, parts. What’s the food distribution network looking like. That level of activity associated with freight is really helpful, because that’s the productivity part of the economy and what we want to pay attention to,” he said.