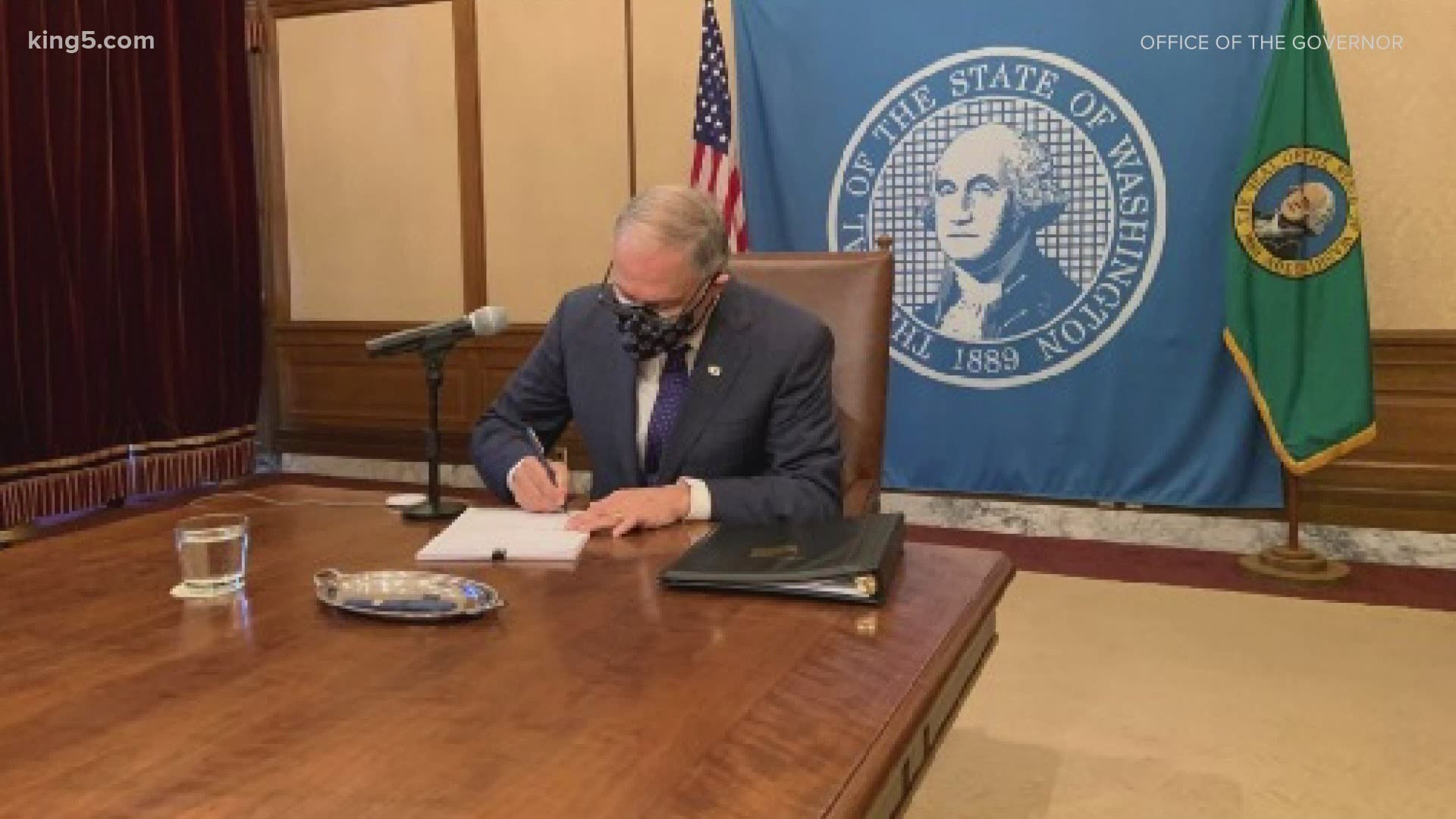 OLYMPIA, Wash. — Gov. Jay Inslee signed legislation Monday that prevents $1.7 billion in automatic unemployment insurance tax increases from taking effect this year, which will help business owners who are already struggling because of the coronavirus pandemic. The legislation will also increase unemployment benefits later this year for the state's lowest earners.

Senate Bill 5061, which was sponsored by Sen. Karen Keiser (D-Des Moines) and several others, pushes the unemployment insurance tax increases back from taking effect in 2021 to 2025, including $920 million this year, which was triggered by huge, pandemic-induced layoffs in 2020, according to a statement from Senate Democrats.

One of the ways the bill does that is by relieving businesses from paying unemployment taxes on the $1.2 billion in benefits that were paid out from March 22 through May 30, 2020. That means businesses will never need to pay back the state’s unemployment insurance trust fund for those benefits, according to the statement.

"It's the only way we're going to actually have a chance to rebuild," said Steve Hooper, Jr., president of Ethan Stowell Restaurants in Seattle. He said, a year ago the group owned 20 restaurants with more than 400 employees, now only 12 remain in operation with 115 employees.

Hooper, Jr. said more relief is needed, but avoiding the unemployment tax hike was top on their wish list.

"It effectively would have wiped out groups like ours, just on the change in unemployment insurance percentages," said Hooper, Jr.

Karen Womack has been on unemployment since learning she would not be able to work in concessions at T-Mobile Park for the Seattle Mariners. She testified to lawmakers in favor of the bill when it had an online public hearing last month. Womack said the state needs to do more to help those made jobless by the pandemic.

"It's not my fault," said Womack, "I would be at work if it wasn't for them telling us that we can't be there. I am eager to get back to work. I want to work. I miss work."

According to Senate Democrats, the bill would also better prepare Washington state for the next health emergency by making changes that would automatically take effect when the governor declares an emergency.

Here's a look at some of those changes:

Finally, Senate Democrats said the bill will also "rebuild Washington state’s unemployment insurance trust fund to prepare for the next recession. Before the COVID-19 pandemic, the trust fund balance of stood at $4.8 billion, the second strongest in the nation. Absorbing the cost of benefits paid out during the pandemic has reduced the fund to $1.4 billion. Under SB 5061, the trust fund would be projected to grow to $3.2 billion by 2025."

The measure is the first bill signed into law by Inslee this legislative session and has an emergency clause, which means it takes effect immediately.